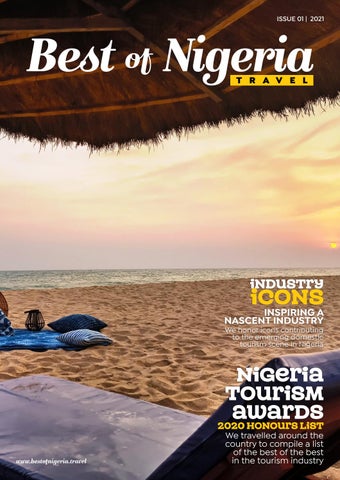 a i s o n K a y s e r 's international expansion begain in 2001 in Japan. Now Japan is the Maison's second largest market, with around thirty stores operating there. The commitment and talent shown by the Japanese bakers and chefs has been an inspiration to the group's many employees, whether in France, Portugal, the Philippines, the USA, Chile or elsewhere. Cote d'Ivoire, Hong Kong and New York have also joined the fold in recent

years. Every minute, someone is enjoying one of our creations somewhere in the world, which is the challenge that keeps us going: a determination to share the love of good bread. For the future, Maison Kayser has set its sights on retaining its a r t i s a n b a ke r s t at u s a n d proudly bearing the values it holds dear. Whether it's in a transport hub like a station or an airport, a shopping centre or a h i g h s t re e t , t he re c i p e remains the same ali.wahid@erickayser.ng www.maison-kayser.com/boulangeries The Gold List of Nigerian tourism. The Official magazine of Nigeria Tourism Awards AKA The Balearica Awards, showcasing the nominees and win...

The Gold List of Nigerian tourism. The Official magazine of Nigeria Tourism Awards AKA The Balearica Awards, showcasing the nominees and win...