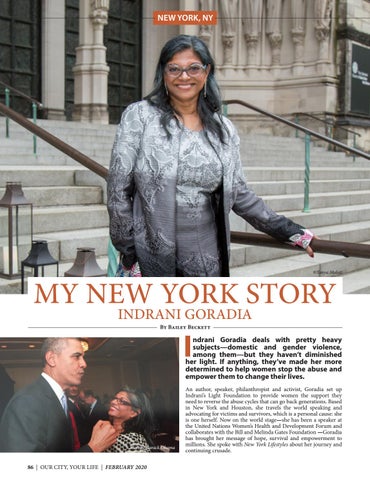 ndrani Goradia deals with pretty heavy subjects—domestic and gender violence, among them—but they haven’t diminished her light. If anything, they’ve made her more determined to help women stop the abuse and empower them to change their lives.

An author, speaker, philanthropist and activist, Goradia set up Indrani’s Light Foundation to provide women the support they need to reverse the abuse cycles that can go back generations. Based in New York and Houston, she travels the world speaking and advocating for victims and survivors, which is a personal cause: she is one herself. Now on the world stage—she has been a speaker at the United Nations Women’s Health and Development Forum and collaborates with the Bill and Melinda Gates Foundation —Goradia has brought her message of hope, survival and empowerment to millions. She spoke with New York Lifestyles about her journey and continuing crusade. 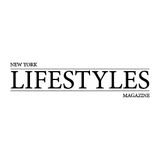