I'VE GOT HEAVEN ON MY MIND by Rev. Raymond Branch (CD) 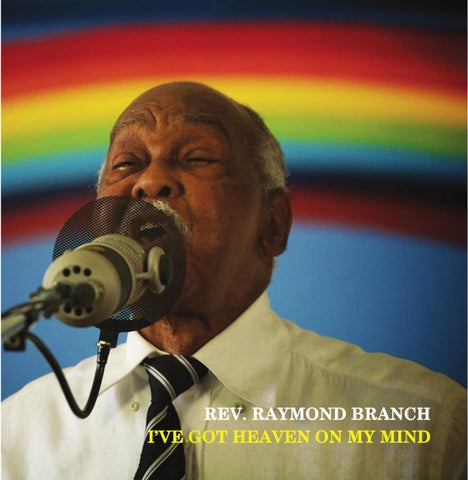 REV. RAYMOND BRANCH I’VE GOT HEAVEN ON MY MIND

Track by Track With Rev. Branch I’ve Got Heaven on My Mind “I mean to do things in a Heavenly way. That’s what God expects of me, and I won’t do anything else but that. I’m telling the whole world: That’s why it keeps me singing all the time — not just sometime, all the time. As I walk this narrow way — which means that there’s a lot of people are sinful, and I’m trying not to be sinful. You will always hear me say / I’ve got Heaven on my mind. Simple as that.” Is It Well With Your Soul? “I’m asking the whole world: Are you really trying to learn how to love God? Is it well with your soul? Are you really doing it, or are you procrastinating? If you’re procrastinating, you’re lying to yourself. If

Born in 1931 on Bayou Black, Louisiana, Rev. Raymond Branch followed his calling to Los Angeles, where he debuted the Rainbow Gospel Hour in 1971, buying late-night airtime on Inglewood’s KTYM-AM with earnings from his trade as a barber. A historic 40-year run of the self-financed, self-produced program ended without fanfare in 2014, but at 85, Rev. Branch’s commitment to charity and uplift continues. He keeps daily hours serving the community from the Heavenly Rainbow Baptist Church in South Los Angeles, where all are welcome. it’s well with your soul, it means you know you’re working for the Lord. It’s a question asked of everybody. Are you doing what you are supposed to do, or are you tilted toward the Devil?” Harvest Home “I probably learned this around 1939, from old people singing songs in the church. Me being so caught up in Christianity, I took songs and switched ’em all around. I don’t even know if they made records of those [songs] in those days! “When I’ve done all I can do, the Lord will say to me, ‘You’ve done what needs to be done, and I’m taking you home now.’ I’m gonna bind my shears together (my tools that I’ve used to fight against the Devil) and shout — through Jesus — for harvest home. I’m going home to live with Jesus.”

Jesus (composed by Lou Reed) “[With this song], rock and roll took the message from the Christian family, and made rock and roll out of it. But when I was a little boy, we got our radio [broadcasts] from Tennessee — Nashville. (In those days, we didn’t have as much radio in Louisiana.) We took what we called hillbilly songs and changed them around our way, made them spiritual songs. We put ’em together. “It seemed to me that’s what I was praying when I was 3 or 4 years old: Help me find my proper place… Talking to Jesus. Help me in my weakness…and right down the line.” Sending Up My Timber “To me it sounded like a song by a lumberjack, a man working out in the woods who’s decided to embrace Jesus’s ideas instead of the Devil’s. Nobody ever told me that, but that’s what I’ve always thought — that it was a lumberjack who brought that song into existence. He’s cutting down trees to turn them into beds and dressers and every type of furniture that goes into a home. So when he says, I’m sending up my timber every day, he’s thanking God. He’s thanking God for enabling him to do that.” Precious Lord, Take My Hand “This song is old, old, old! I may have been 2 or 3 years old singing that one [for the first time]. When I came into the world, my folks were doing just what I’m doing now. My mother died when I was 2-and-a-half-

years old, and my sister carried on what my mother had done — keeping the Word going. My family was Christian-minded. They always thought they shouldn’t do nothing else but the will of God. We didn’t drink, we didn’t smoke, we didn’t lie, we didn’t cheat, we didn’t beat. We stuck with Jesus’s way of doing it, and tried not to go the Devil’s way.” The Lord Will Make a Way Somehow “Sometimes you can’t see a way. If you get trapped someplace, and you can’t see your way, think about God saying he can do anything, and start singing that song, ‘The Lord Will Make a Way Somehow.’ When beneath the cross I bow — I’m bowing down; it’s about yielding to God. There’s a sweet relief in knowing / the Lord will make a way somehow. I’m not nervous, because the Lord is on my side. I know the Lord will make a way somehow! I don’t even have to worry about it. Then I’m coming out of that dilemma, moving into the place where I know God is taking care of me. That’s happiness.” Walk With Me “I’m asking Jesus to walk with me because I’m on a rough journey. There are more sinners in the world than righteous people, and sinners have a tendency to try to trip you up in different ways. You can walk in the wrong direction, walk into a trap … I ask God to walk with me, so I don’t get tripped up; I ask God to protect me. That’s what that song means to me. And I feel secure

after I meditate on that particular phase of it: ‘It’s a rough journey, but I know if you’re walking with me, you’ll clear it up for me.’” Rest “Oh yes. ‘Rest’ is one of the old ones. When I was a boy, a lady named Miss Classie used to sing it. Rest, rest / Oh I get so tired down here... It has a deeper meaning [for me] now than it did in the old days. As I grew older, I learned to put it together a little better and understand what they were saying. I learned that as you go, you grow. [Some songs] were like parables at first, but now that I’ve gotten old, I can see it, I can feel it. That’s what stage I’m in now. I can see it now much better than I saw then.” While the Blood Runs Warm “I’m trying to warn people that while you’re up on your feet, you’re doing good, got a little money, have education, health is pretty good…you should get religion. Tell your mind that you want to accept the Supreme Being. See, that’s what I’m saying: You’d better get religion and come on and try and serve God. You’re in good shape, you’re doing fine, everything’s working nicely for you. But there is a God out there, waiting for you to say, ‘I want to surrender my life to you.’ That’s what we’re telling the people: Get right with God.” He Never Said a Mumblin’ Word “That’s a song of the crucifixion. And we’re saying on that song that in spite of all the things that they did to our Jesus, He never

squawked about it. He didn’t tell the guys, ‘You shouldn’t do that,’ or ‘You should be ashamed; I haven’t done anything. Even your boss man told you that he didn’t find any faults in me — Pilate. He said, “I find no fault in Jesus.” And you still doing all…just everything you can to me.’ “What I’m saying to you is what He could have said, but didn’t say. He could have helped himself two million times, but He didn’t do it. He never said a mumblin’ word.” I’ll Go “Now that’s my main song, out of every song that I sing. I may be crippled, but I’ll go… That’s the toughest one I have. When I’m singing that one, I feel like I want to fly... I’m getting [emotional] just trying to explain it to you! “I’m trying to gain momentum. I’m saying to the Lord, ‘Whatever it is, anything you can think of — if it’s a tornado, if it’s an earthquake, if the whole world is burning down...sinking ship, whatever. If I have to do it, I’ll do it. Ten billion people may not want to take care of the business of God, but I’ll go.’ Then the Devil comes in and says, ‘Oh, he’s just jiving, he won’t do it.’ I get hot knowing that the Devil’s sitting back saying ‘You can’t do it!’ That’s why I spend time meditating, trying to get more spirit each day. I don’t know how much spirit I’m getting, but I know I’m getting a little bit! I’m not there yet; I’m getting there. And I get stronger every day.”

I'VE GOT HEAVEN ON MY MIND by Rev. Raymond Branch (CD)

Liner notes for the CD by Reverend Raymond Branch, I'VE GOT HEAVEN ON MY MIND. Includes his stirring cover of the Velvet Underground's "Jesus," composed by Lou Reed. Visit www.RevBranch.com for more music, and order the CD at bit.ly/RevBCD or download at bit.ly/RevBdownload 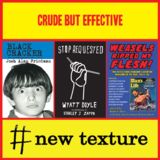