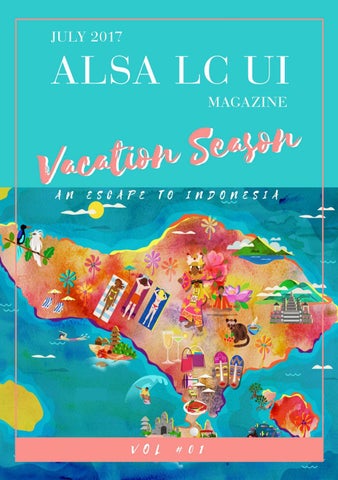 Between History and Mistery Written by: Faisal Alhaq Harahap Layout by: Agnes Galuh

Lawang sewu is a historical landmark in Semarang, Central Java, Indonesia Lawang Sewu was built by the Dutch between the years 9 4 and 9 7 and functioned as a head office for The Dutch East Indies Railway Company Nederlandsch Indische Spoorweg Maatschappij (NIS) 94 . Lawang sewu is an ancient building which is famous for its exotic design as well as its mystical tales. The name itself in the Javanese Javanese language is translated to “a thousand doors”. The name comes from its design, with numerous doors and arcs.The building has about 6 large windows and were designed by Prof. Jacob F. Klinkhamer and B.J. Queendag. Lawang Sewu is located on the Tugu Muda roundabout, in Semarang, capital city of Cental Java.

As the historical landmark, Lawang Sewu is the most important and and since then it has become a “must visit” place in Semarang. From its luxurious architectural style to historical value, Lawang Sewu has many stories to tell. Just like we tell you at the beginning, it was first established by the Dutch to be used as the head office of railway company, Nederlandsch Indische Spoorweg Maatschappij (NIS). But in 94 , this building was taken over by Japanese and turned into a prison and torment place where many people died in very terrible way. Due to its tragic history, no wonder the name of Lawang Sewu is always associated to the spooky haunted mansion among local people. Rumor has it that there are many ghosts sighting in this place.

On October 4th, 945, shortly after Indonesia declared her Independence, the building became the scene for the bloody “Battle of Semarang”. he 5-day battle took place between Angkatan Muda Kereta Apri, or also known as AMKA (Railway Youth Force) against the Kempeitai and Kidobutai, the Japanese Military Police and Strike Force. Many were tortured and executed during this battle. In 95 , the Tugu Muda monument was built in remembrance of this fight for freedom and in honor of those who died in battle. Each year, a celebration is held around this monument in commemoration of the heroic, 5-day struggle at Lawang Sewu. Image of Lawang Sewu Semarang ended when Japan seized 94 s. This magnificent building converted into a resting place Japanese soldiers. While in the basement is used for the killing fields of the indigenous population, young Indonesian and Dutch troops. Lawang Sewu is a silent witness to how cruel the Japanese armies tortured and slaughtered young lads against them. Lawang sewu becomes mystical place in Semarang, Central Java because the building becomes a silent witness colonialism in Indonesia at the time. According confession people around the Lawang Sewu, thousands supernatural beings stays at the building. Even, at the certain point, from part a old well, main entrance, hallway, main room, and torture room.

“The most spooky place in Lawang Sewu is slaughterhouse location, neither at the dutch colonialism nor Japanese colonialism,” Soeranto said. He is Semarang citizen who confess has ever lived at backyard Lawang Sewu Building before the building was restored [ ]. And then, underground prison and torture room are thing where still become mystery by visitors. There is a prison where located at underground. It seems, at the underground prison is location of prisioners who put into and shoved until pass away. Lawang Sewu is said to be hauted, with many tourists visiting to see the ghosts. Among the ghost reported to inhabit the establishment are a Dutchwoman who committed suicide inside and “headless ghouls”. Although Lawang Sewu is like that spooky, but tourists visit to Lawang Sewu is the obligation thing because beautiful and historic. This place often is used by people for photography session and shooting because very iconic and precious. Therefore, Lawang Sewu always becomes tourist arrivals for vacation, neither domestic tourism nor foreign tourism because this place has a lot of attracted and spooky stories to be investigated by tourist and historian. http://nasional.news.viva.co.id/ news/read/59 9 -cerita-horor-seribu-pintu-lawang-sewu []

Welcoming Monument.5 However, due to the expulsion of the Dutch after declaring independence of Indonesia, Jakarta experienced an immense change in the social aspect. Foreigners that used to reside in Jakarta has massively decreased. Until 1952, there was a total of 48.280 foreigners that lived in the city and 90.2% of them was Dutch nonetheless in the late 1950s only a few hundred of them that stayed..6 Hence, Indonesian Independence has made several changes for Jakarta especially in the form of social aspect where foreigners decreased dramatically, however Jakarta haven’t had much development in the 1950s but had evolved some in frastructure that would enhance growth in the 1960s. But of course decades afterwards, Jakarta expanded numerous facilities to enhance development. As a capital city of a country that consists of 13.466 islands and a total population of 263.479.234 people with diverse ethnicity and cultures, Jakarta is the center point where you can perceive all the diversity in one place.7 It is a place where representatives of each ethnic groups that has a total of more or less 300 and speaks more than 700 different languages are connected, which result in a wide variety of cultures, linguistics, and religion.8 Thus, Jakarta is well-known as the city of contrast where individuals from different culture, language, religion, ethnicity, economic, academic, and political background stand side to side in this bustling metropolis. Jakarta, like almost every other big city, seems to never sleep. This city has developed its facilities nowadays, particularly for the purpose of tourist attraction, resulting in many well-built accommodations with luxurious restaurants, hotels, malls, and renewed public transportations which made it more compelling for people to stay. There are lots of places to explore in Jakarta such as Taman Mini Indonesia Indah, Jakarta National Monument, museums, restored colonial period buildings, island resorts in Pula-

u Seribu, and an extensive beach recreation complex called Ancol. In short, Jakarta has more history and interesting facts than we thought. Due to numerous changes in the economic and political aspects throughout history, Jakarta was wellknown for quite some names. From its origin story, before all the hustle-bustle of the metropolitan city to its fast-paced development when Jakarta was once a busy port wellknown for the name “Sunda Kelapa”. Not forgetting the change in political aspects where the name “Batavia” was changed to “Jayakarta” by Fatahillah. Jakarta is also notorious of being the city of contrast where a lot of people unite and stand side to side despite the diversity of the culture, language, and religion. Jakarta has preserved its past and is developing for the future by expanding its facilities, especially for tourism. Thus, Jakarta might not be everyone’s typical vacation spot but underneath the ostensibly overpopulated and polluted exterior, lies a dynamic city with spellbindingly lavish history and various tourism options. 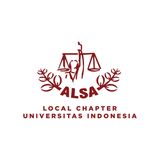