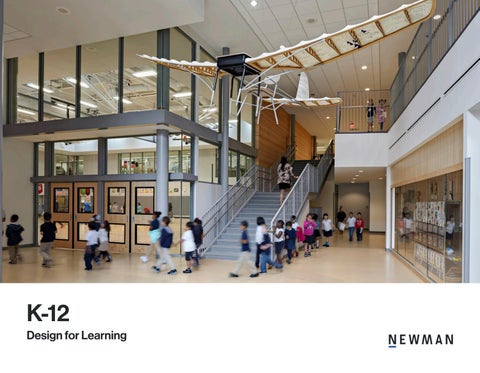 Our schools are spirited, economical, durable, efficient, and integrated into the ecology of their geographical settings and the communities they serve. We understand the challenges of teaching and the need of students for settings that help them to learn. Curricula and teaching methods are always in flux, so we design schools that have simple, carefully proportioned, flexible spaces, formal and informal, that support different modes of teaching and learning, including collaboration and personalization, and allow for change to occur gracefully over time. To promote greater safety, our schools encourage preparedness, situational awareness, and orderly response, with pathways and visual links and between spaces, inside and out. Visibility supports educational connections and a sense of orientation and social belonging. Abundant natural light and views to the outdoors save energy, improve learning, provide visual relief, and root school life in the natural and social world beyond the school walls.

Newman collaborated with the Garrison School community to develop a vision for the Garrison Elementary School site, a large open area that is part of a public elementary school property in Washington DC’s Logan Circle neighborhood. Newman developed and facilitated community visioning charrettes, in which members of the school community collaborated on designs for the site, and presented their competing designs for debate and discussion. Newman worked under contract to the DC Department of General Services to implement a comprehensive modernization of the building, including a gut renovation of the classroom wings, facade / envelope improvements and full systems replacement. The entire 3.5 acre site was redeveloped for school and community use.

The new Walter P. Carter / Lois T. Murray building for the 21st Century school construction program in Baltimore City combines the student populations of two existing schools and colocates the special needs program of the Lois T. Murray School. The project site has steep topography rising well over two stories on parts of the site. The two co-located school programs have separate entrances, distinct but approached from a shared plaza space. The wings of the building are organized as classroom blocks that lock into a center section containing destination program elements - cafeteria, gym, media center, and community rooms. This plan organization allows the two school programs to operate independently and to each have their own identity, and will facilitate the use of the school for community purposes after school hours.

Creative Minds International Public Charter School Washington, DC Creative Minds International (CMI) is an inclusive early childhood, elementary and middle school with an arts- and project-based curriculum. Located in the historic Sherman Building on the Army Forces Retirement Home campus, our targeted renovation of the 6,000 sf space includes three new classrooms, an activated common area, and other support spaces. With the focus on the lighting and acoustical challenges, the design team reimagined the high-ceilinged common space at the heart of the unoccupied wing for innovative educational programming. This small-scale project was structured to tie into long-term visioning and educational planning for the school. Newman worked with teachers and staff, students, and community members to understand CMI’s authentic context. The charrette process allowed us to find a common set of values and goals and translate those values and goals into the kinds of spaces needed to best support CMI’s vision for the future of their school.

On a beautiful rural site bisected by the Indian River, this new 600-student high school is designed to sit informally in its setting, as a composition of building masses that reflect their function simply and directly, with a profile that is as low as possible in the landscape. Interior planning reflects a pedagogy that emphasizes interdisciplinary, collaborative, and multimodal learning and teaching. The school is organized by a shared, multi-level social hub that gives access to two independent academies, a learning commons, gymnasium, auditorium, food court, and precinct for elective programs. While the school has been designed to promote a sense of identity within cohorts and a sense of belonging to a larger whole, the division of the plan into easily closed zones will support the goals of both providing security and improved access by the whole community to the resources of the school.

New Haven Public Schools Conte West Hills Magnet School New Haven, CT This project is a renovation and addition to the Harry A. Conte School, which is located in the 19th century Italian New Haven neighborhood of Wooster Square. Our goal was to join the school to the fabric of the neighborhood and the city. All existing spaces and facilities were renovated, including the gym, swimming pool, cafeteria, auditorium, science laboratories, library, and classrooms. Two modest orange brick and glass additions improved functionality and brought the front door of the school forward to meet the life of the street. Awards Award for Design Excellence, American Institute of Architects, New England, 2003 Honor Award for Design Excellence, Built Project, American Institute of Architects Connecticut, 2001

New Haven Public Schools East Rock Community Magnet School New Haven, CT Located in a transitional area between industrial, highway and residential areas of New Haven, the new East Rock School replaces the school building that formerly occupied the same site. The building is settled into the sloping site, allowing multiple at-grade entrances on two levels. Highly efficient in plan, the school is designed as a series of neighborhoods that respect the need of the various age cohorts within the school for a place these cohort each sees as their own. Shared by all are the common areas, which are organized around a central gymnasium. Reflecting our

interest in creating an environment conducive to ‘situational awareness,’ extensive use of sound-absorbing glass on the interior ensures that from the entrances to the school at both levels there are vistas through the school so that all the important shared functions are visually connected and drawn together to form a unified whole. After school and in emergencies the classroom neighborhoods can be separated from the common spaces, providing increased security and safety, while also enabling the common areas to serve the community. The building has a significant number of sustainable elements. These include an accessible planted roof terrace that, with its adjacent science classroom, will serve the curriculum as well as the natural environment. We designed a highly efficient VRF heating and air conditioning system that enabled us to reduce the floor to floor height, resulting in a reduction in building volume and mass and a corresponding reduction in anticipated construction and energy costs compared with conventional school design.

North Branford Public Schools North Branford Intermediate School North Branford, CT This project comprises renovations and an addition to a public intermediate school located on a two-school campus. To create space for the addition, two existing onestory wings were demolished, leaving the gymnasium and a two-story classroom wing. The retained building elements were fully renovated and the classroom wing was re-skinned in brick and glass to thermally upgrade the envelope and improve access to daylight.

The new building, canted in relation to the existing, reinforces the center of campus. Massing of a new three-story classroom wing, twisted to face the street, acknowledges the relationship between school and town. A chain of single-story, specialpurpose rooms creates other smaller campus places and mediates between the scale of the new three story wing and its setting.

New Haven Public Schools Nathan Hale School New Haven, CT Like schools everywhere, the Nathan Hale School is expected to be a center of community, a place that is welcoming for all – a place that is one with its community. This design uses the new construction to describe this now expected relationship. The new front door is fully accessible and is at the head of an outdoor meeting place where parents congregate and socialize in the mornings and afternoons.

Extensive glazing is there to exhibit the life of the school to the neighborhood outside and to bring views of the neighborhood to the interior. Grouped by the front door are the administrative offices, the cafeteria and a community meeting and performance room. This multi-purpose community specifically provided in response to community requests and that of an amateur drama society, and was won from the allowable building floor area through efficient design. These spaces can all be reached after school hours from the front door without having to pass through the academic areas of the school. A gymnasium, with its own entrance, is accessible for community use without having to open any other part of the school.

New Haven Public Schools Augusta Troup Magnet Academy of Sciences New Haven, CT This Pre-K to 8 project restores, reconfigures and adds space to a 1920’s school building to increase its efficiency and functionality in order to meet the needs of a contemporary curriculum. A large, red brick mass set apart from neighbors on a full city block, the original school building was an imposing but unwelcoming presence in its inner city neighborhood setting. Using a few large new building elements — the gymnasium, stair tower, and mechanical building — we turned what was an uncongenial place into a lightfilled entrance to the school.

As architects, we believe that what we make can improve the lives of people. We want to realize the idea of a better, richer place, made palpable through the shaping of space, place, form, and climate. The places we make reflect our affection for ordinary human interchange and commerce, and for what lies beneath. People need to belong to something larger, to make connections with others and the world, and to make order out of chaos. So the architecture they inhabit needs to represent something larger than either the individual or the group, yet provide places where they can both be themselves and recognize the social and cultural structures that surround them.

Newman Architects has designed several projects for K-12 schools, all of which promote learning, safety, collaboration, and socialization. 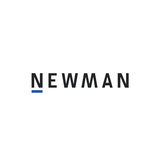