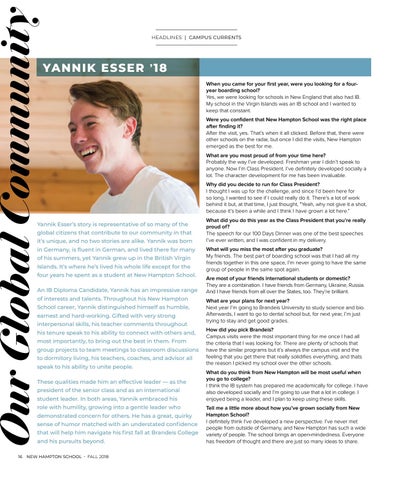 Yannik Esser’s story is representative of so many of the global citizens that contribute to our community in that it’s unique, and no two stories are alike. Yannik was born in Germany, is fluent in German, and lived there for many of his summers, yet Yannik grew up in the British Virgin Islands. It’s where he’s lived his whole life except for the four years he spent as a student at New Hampton School. An IB Diploma Candidate, Yannik has an impressive range of interests and talents. Throughout his New Hampton School career, Yannik distinguished himself as humble, earnest and hard-working. Gifted with very strong interpersonal skills, his teacher comments throughout his tenure speak to his ability to connect with others and, most importantly, to bring out the best in them. From group projects to team meetings to classroom discussions to dormitory living, his teachers, coaches, and advisor all speak to his ability to unite people. These qualities made him an effective leader — as the president of the senior class and as an international student leader. In both areas, Yannik embraced his role with humility, growing into a gentle leader who demonstrated concern for others. He has a great, quirky sense of humor matched with an understated confidence that will help him navigate his first fall at Brandeis College and his pursuits beyond.

When you came for your first year, were you looking for a fouryear boarding school? Yes, we were looking for schools in New England that also had IB. My school in the Virgin Islands was an IB school and I wanted to keep that constant. Were you confident that New Hampton School was the right place after finding it? After the visit, yes. That’s when it all clicked. Before that, there were other schools on the radar, but once I did the visits, New Hampton emerged as the best for me. What are you most proud of from your time here? Probably the way I’ve developed. Freshman year I didn’t speak to anyone. Now I’m Class President. I’ve definitely developed socially a lot. The character development for me has been invaluable. Why did you decide to run for Class President? I thought I was up for the challenge, and since I’d been here for so long, I wanted to see if I could really do it. There’s a lot of work behind it but, at that time, I just thought, “Yeah, why not give it a shot, because it’s been a while and I think I have grown a lot here.” What did you do this year as the Class President that you’re really proud of? The speech for our 100 Days Dinner was one of the best speeches I’ve ever written, and I was confident in my delivery. What will you miss the most after you graduate? My friends. The best part of boarding school was that I had all my friends together in this one space, I’m never going to have the same group of people in the same spot again. Are most of your friends international students or domestic? They are a combination. I have friends from Germany, Ukraine, Russia. And I have friends from all over the States, too. They’re brilliant. What are your plans for next year? Next year I’m going to Brandeis University to study science and bio. Afterwards, I want to go to dental school but, for next year, I’m just trying to stay and get good grades. How did you pick Brandeis? Campus visits were the most important thing for me once I had all the criteria that I was looking for. There are plenty of schools that have the similar programs but it’s always the campus visit and the feeling that you get there that really solidifies everything, and thats the reason I picked my school over the other schools. What do you think from New Hampton will be most useful when you go to college? I think the IB system has prepared me academically for college. I have also developed socially and I’m going to use that a lot in college. I enjoyed being a leader, and I plan to keep using these skills. Tell me a little more about how you’ve grown socially from New Hampton School? I definitely think I’ve developed a new perspective. I’ve never met people from outside of Germany, and New Hampton has such a wide variety of people. The school brings an open-mindedness. Everyone has freedom of thought and there are just so many ideas to share. 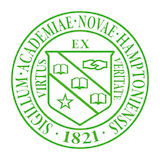 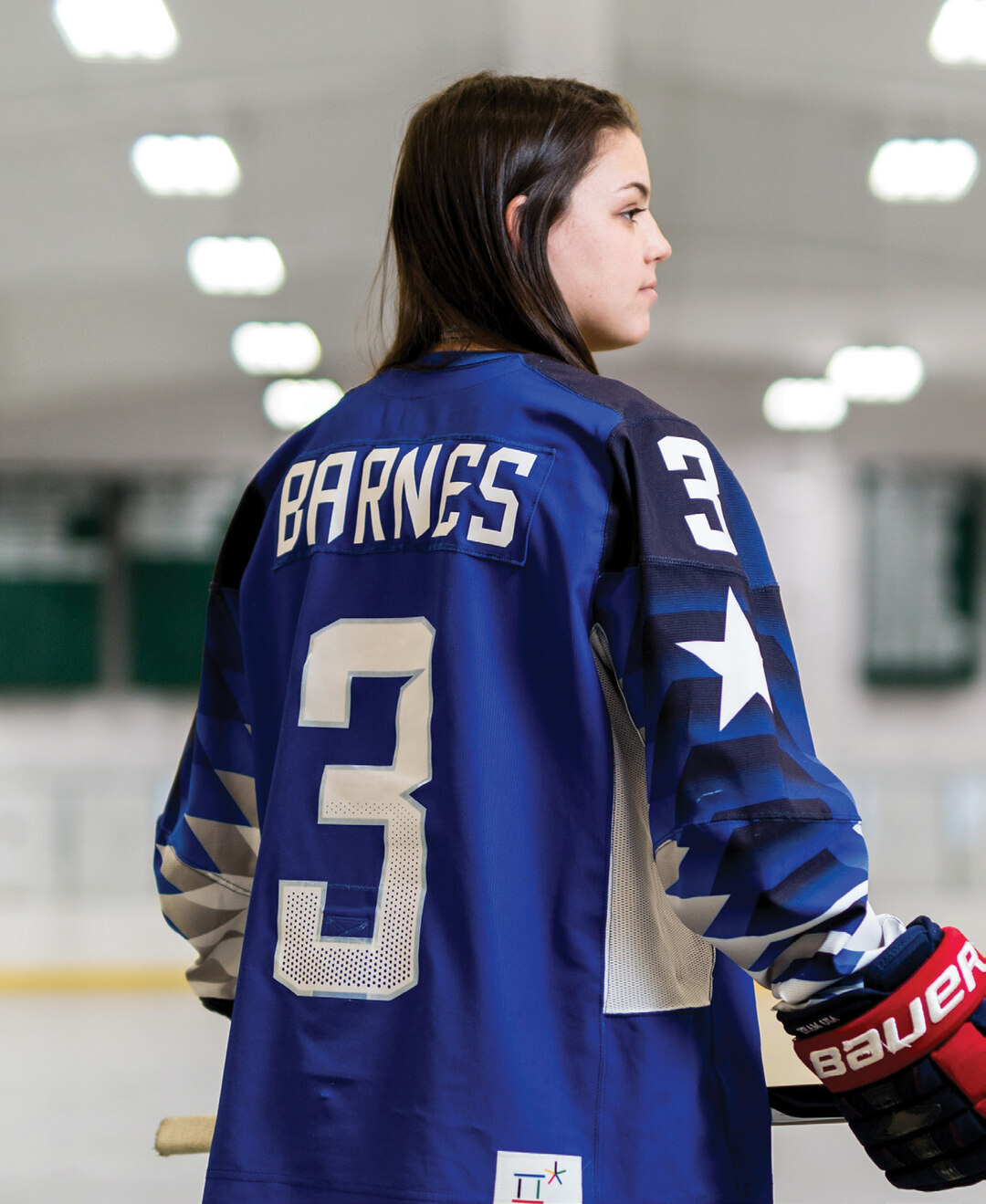 Cayla Barnes '17 shares her journey to gold at the 2018 Winter Olympic Games.