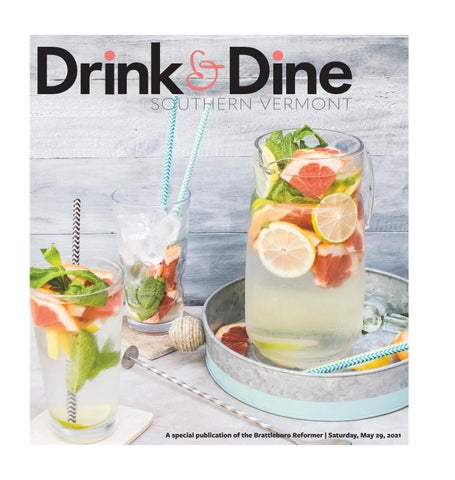 A special publication of the Brattleboro Reformer | Saturday, May 29, 2021

ticides or fertilizers, instead utilizing such practices as composting, cover cropping and crop rotation, each of which can have positive, long-term effects on soil quality.

the journal Agriculture, Ecosystems &amp; Environment found that small mammals were more abundant around organic farms than conventional farms. That&#39;s not just good for those mammals, but also the farmers, as small mammals can feed on insects that would otherwise adversely affect crops.

A 2015 study from researchers in Argentina that was published in

The Alchemist Beer is Delivered every Thursday at Noon!

Modern consumers have more choices than ever before. Whether they&#39;re buying appliances, books, clothing, or any of the myriad necessities of daily life, consumers have a wealth of products to choose from. An abundance of options also is available at the grocery store. That&#39;s especially true in the produce aisle, where many stores have expanded their fresh fruit and vegetable offerings. That expansion reflects a growing preference among consumers for fresh products, including fresh produce. A 2018 report from the market research firm IRI and the Food Marketing Institute found that sales of fresh foods comprised just under 31 percent of food industry sales in 2017. Customers who prefer fresh fruits and vegetables to frozen alternatives may wonder if they should be even more selective when purchasing their favorite foods in the produce aisle. That decision may come down to whether or not to purchase organic produce. Organic produce can be significantly more expensive than nonorganic fruits and vegetables, so it&#39;s understandable if budget-conscious consumers cannot afford to go entirely organic. However, it&#39;s important that consumers recognize the many ways that organic agriculture is having a positive impact on the health of humans and the planet they call home.

The benefits of organic agriculture

Exploring the World One Glass at a Time...

BRATTLEBORO — Whetstone Station Craft Beer’s new Born 2 Run blood orange gose is a standout — not just for its unique flavor, or bold Escher-esque label, but for the personal story and noble intentions behind it. In January of 2020, Whetstone co-founder David Hiler underwent an amputation to his left leg as the result of a malignant chondrosarcoma in his knee. An avid runner and snowboarding enthusiast, Hiler was eager to get back to an active lifestyle. Prosthetics have evolved rapidly in recent years, with advances in engineering and bionic technology leading to the development of highly specialized performance models designed to meet the needs of even the most competitive athletes. Unfortunately, a high-end running blade can easily cost tens of thousands of dollars, and insurance often covers only a small portion, if any, of the price. Enter Noelle Lambert and The Born to Run Foundation. Noelle Lambert, a Londonderry, N.H. native, lost her leg in a 2016 moped accident. At the time, she was a star on the UMass Lowell Division 1 lacrosse team, coming off a freshman year in which she started every game and tied for the team’s highest season goal total. Even with her injury, Lambert was unwilling to give up on her athletic career. After taking off the 2017 season for healing and rehabilitation, she returned to the lacrosse field in 2018 as the first above the knee amputee to play the sport at the college level. After graduating cum laude in 2019, Lambert set her sights on international competition. Despite having never competed in the sport, she made the U.S. Paralympic team for track and field, and proceeded to break the U.S. women’s 100-meter record at the fall 2019 World Para Athletics Championship in

Dubai. She is currently in training for the summer Paralympic Games in Tokyo. During her rehabilitation, Lambert received a specialized swimming prosthesis from the Heather Abbott Foundation, an organization founded by Boston Marathon bombing survivor Heather Abbott that provides custom prostheses to those who have lost limbs through trauma. The gift, as well as her experiences with other amputees struggling to get their own fitness prosthesis, inspired her to start her own nonprofit, The Born to Run Foundation. The Born to Run Foundation relies on individual and corporate donations to acquire specialty athletic prostheses for both children and adults in need. Lambert’s work as an athlete and community leader has earned her the Patriots Foundation’s Myra Kraft Community MVP Award, the Wilma Rudolph Student-Athlete Achievement Award, the Boys and Girls Clubs of Dorchester’s New England Women’s Leadership Award and the Boston Celtics’ Heroes Among Us Award. In 2020, she was named the L’Oréal Paris Women of Worth National Honoree, an award that was presented by actress Helen Mirren and included a $25,000 donation to The Born to Run Foundation. Lambert and Hiler first met at Next Step Bionics &amp; Prosthetics, Inc. in Manchester, N.H., where Hiler was being fitted for a prosthesis. After receiving a running blade from Born to Run in November 2020, Hiler felt the need to give back, both to the Foundation and the amputee community as a whole. And how does a craft brewery contribute to a good cause? Well, with beer, of course. Whetstone Craft Beers has high standards for its brews, and Born 2 Run doesn’t merely rest on its feelgood backstory. Every aspect of the beer, from recipe to packaging, is

peared with Femita Ayanbeku, a Born to Run Foundation board member and paralympian, at the finish line in Copley Square to announce the new beer. Proceeds from the beer, which is available at Whetstone Station Restaurant in Brattleboro as well as stores throughout Vermont and Massachusetts, will be donated to The Born to Run Foundation. While the brew is currently planned as a seasonal offering for the summer, Brady said that it may join the year-round menu if there is enough interest. Asked if Whetstone might create more special beers in the future to benefit charitable causes, Brady was enthusiastically positive. “Absolutely!” he wrote. “There’s nothing more rewarding than being able to combine our passion for brewing with our ability to help great causes.” For more information on Born 2 Run gose and other Whetstone Craft Beers creations, visit whetstonebeer.com To learn more about The Born to Run Foundation, including how to make a donation, visit theborntorunfoundation.com

designed to link back to the theme of running and athleticism. “We worked to develop something that was specifically tailored for an ‘after workout’ beer,” Whetstone Craft Beers co-founder Tim Brady explained via email. “We wanted it to be refreshing and thirst quenching.” This inspired the team to opt for a gose, a kind of warm fermented sour wheat beer with roots in 13thcentury Germany. “After making several small pilot batches, we found that the combination of the sweet of blood orange and the tart and salt of the gose really complimented one another,” Brady wrote. For the label, Whetstone commissioned a special design inspired by graphic artist M.C. Escher, which shows the silhouette of a runner with two legs transitioning into one with a running blade, in a two-tone color palette evoking the beer’s dominant blood orange flavor. Born 2 Run made its debut on April 19, or “Marathon Monday,” the traditional date for the running of the Boston Marathon. While pandemic-related restrictions have pushed the actual marathon back to the fall, Hiler and Lambert ap-

Our co-founder David, an avid runner, lost his leg to cancer in 2020. One of the most resilient people you could meet, that tragedy barely slowed him down. Unfortunately, the custom prosthetics needed for distance runningg are extremelyy expensive. When p the Born to Runn Foundation (founded by Noelle Lambert) heard about his story, they donated a custom om prosthetic to get him back out there. In return, we’ve created reated this beer, with proceeds supporting their amazing cause.. Crafted for those who rise above expectations, overcome vercome adversity and move beyond limitations. mitations. Here’s to all of us who won’t on’t be denied that we were Born 2 Run. n.

Slap mint leaves in your palm and add to shaker with rum, lime juice and simple syrup. Add ice and shake hard. Strain into a highball glass over 3 cubes. Top off with soda water. Garnish with mint sprig. Visit our website to find retail stores and restaurants that carry Mad River: madriverdistillers.com

A classic gose with a citrus twist, Born2Run is everything you want from an athletic beer: light, flavorful, refreshing, with a touch of salt and coriander. This ale is kettle soured and fermented with the juice of ripe blood oranges for a perfect balance of sweet and tart.

David has sincee begun going on the road with Noellee when possible to help spread thee word of her incredible organization, zation, share their stories, connect nnect with others who havee experienced similar trauma and helping them em to get back to doing ng what they love.

Shake Bourbon, maple syrup and lemon juice over ice and strain over 2 cubes into a rockss glass. Shake 2 dashes bitters over the top and garnish with a lemon twist if desired.

If the legend is to be believed, what we know as a sandwich was born out of one man’s crippling gambling addiction. The man was John Montagu, fourth Earl of Sandwich, who was rumored to spend hours upon hours playing cards. During one of these marathon cribbage sessions, the story goes, the Earl asked his cook to prepare him a meal he could eat at the card table, which wouldn’t require the use of a fork and knife, but also wouldn’t cause him to dirty his fingers and potentially damage his cards. The cook’s solution was a piece of salt beef between two pieces of toasted bread. The tale spread quickly in Britain’s gossip-hungry high society, and the name Sandwich became synonymous with the increasingly popular bread based creation. The story was so prevalent, it was included as fact in French writer

Pierre-Jean Grosley’s travelogue, A Tour of London: “A minister of state passed four and twenty hours at a public gaming-table, so absorpt in play that, during the whole time, he had no subsistence but a bit of beef, between two slices of toasted bread, which he eat without ever quitting the game,” Grosley wrote. “This new dish grew

highly in vogue, during my residence in London: it was called by the name of the minister who invented it.” In reality, the Earl was serving as a Cabinet minister during the time of Grosley’s travels, and it is highly unlikely he had the time to spend full days at the gambling table. Evidence does suggest that he was devoted to his job and of-

ten spent long hours hard at work at his desk — circumstances that could also have caused him to seek out a quick, one-handed meal. Of course, “dedicated government employee” doesn’t have quite the salacious appeal of “hopeless gambling addict,” so Sandwich’s legendary cribbage snack became the accepted origin story for the modern culinary favorite.

Salt beef and scandal The (allegedly) unseemly origins of the sandwich

“It gave me chills to see Whetstone in TIME magazine today. What an honor to be included in their list of ‘a dozen eclectic breweries that are building buzz literally and figuratively - nationside’.”

Honored to Be Voted as

Explore the finest food and beverages in Southern Vermont 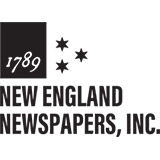