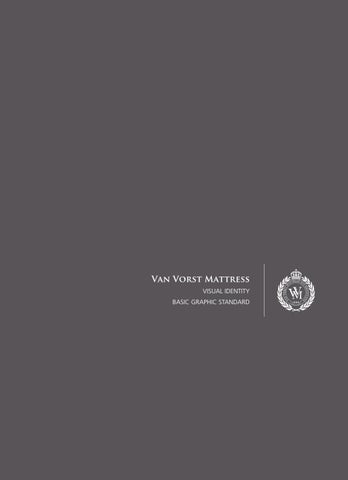 Our Brand Position Van Vorst Mattress has a distinct position in the mattress industry landscape. Through the process of listening and understanding what customers need and want in a mattress, we identiﬁed and closed the gaps that other manufacturers were missing.

Our Brand Promise - Comsumer Founded in 1888, Van Vorst Mattress, is an employee owned company. Each mattress and box spring produced by Van Vorst Mattress, is handcrafted greater attention to detail using state-of-the-art equipment and materials. Furthermore they are the only manufacturer that tests every mattress they make, so you can be assured that the mattress you take home will feel the same as the mattress you try in the store.

Our Brand Promise - Retail Our retail brand promise is, “Van Vorst Mattress is the ‘connect’ brand for retailers who are looking for a bedding partner who is more responsive and provides greater value to them, because our retailers’ success is our top priority.”

1915 - The Van Vorst mattress factory in Seattle, Washington. On November 1, 2000, the Van Vorst Building was designated a City of Seattle landmark.

As a young man of 25, George Whitney Van Vorst

otherwise would not be able to get, thus ensuring the

came to California in 1886, where he met and married

consistent supply of high quality mattresses for its

owner of Bernhard Mattress Co. In 1888 the young couple started the CB Van Vorst Mattress Co., which would soon earn a reputation as one of the ďŹ nest

The Van Vorst mattress company competed with the most respected brands in the country, companies like Kingsdown from North Carolina, Shifman Mattress in

mattress companies in the United States. The

New Jersey, and closer to home, Aireloom, owned by

company remained in the family for 3 generations.

Although he was not a part of the Van Vorst company itself, grandson Richard became a key contributor

embraced innovation, striving to both incorporate the latest advances in technology as well as developing

through his own company, Modern Plastics. During WWII, when raw materials were extremely scarce and tightly controlled by the US government, as a war-

new components and manufacturing techniques on its own. Van Vorst dealers never questioned that they would be getting the very best products available.

With a foundation of unwavering commitment to personal integrity and the highest ethical standards, Van Vorst built its reputation on providing the ﬁnest quality products, uncompromising consistency, tremendous value, and always on-time delivery. Above all, Van Vorst believed in the importance of developing and maintaining personal relationships with its dealers, and its sales staff was considered among the ﬁnest in the industry. Cotton batting was widely used at the time, and although it was very labor-intensive and therefore expensive, Van Vorst garnetted all its own cotton to ensure the highest quality and consistency.

country. When the relationship with Sears came to an end Van Vorst chose a new direction, embarking on a strategy of developing the brand image of the retailer rather than the Van Vorst brand. The company limited distribution to a few key accounts in each market, creating private-label In another practice unique to Van Vorst, cotton covers which usually arrived at the factory somewhat wrinkled were ﬁrst sprayed with a ﬁne water mist, then heated to remove the wrinkles prior to ﬁnal assembly.

programs for each retailer instead of using the Van Vorst name. It proved to be a highly successful strategy, resulting in accounts with such famous

In the early years Van Vorst built its business selling to

local dealers, but its big opportunity came when it

in’s in Eugen Eu Frank in Portland and Rubenstein’s Eugene,,

at the time sold more mattresses than anyone in the

attl and some om ass ffarr away a y The Bon Marche in Seattle, Co o in thee midwest and and well-known as Mayy C Co. wY York. Bloomingdales in New

The Van Vorst Mattress logotype appears to the left. It is the primary element of the Van Vorst visual identity system and must appear on all official Van Vorst communications. It may not be modiﬁed in any way. When greater speciﬁ city is needed, a secondary element may be added to the Van Vorst logotype to create a more speciﬁc “signature.” Signatures may take one of two forms: 1. An additional typographic element: branch, retailer, or unit name 2. An additional graphic element: informal Van Vorst seal The Van Vorst logotype may not be attached to any other type or graphic element other than the signatures described on the following pages. As a general rule of thumb, it is always preferable to use the simplest (i.e., highest level) logo representation that will adequately communicate your identity as part of Van Vorst Mattress.

The Logotype with Branch/Retail Signature

The Primary Palette The primary colors for the Van Vorst Mattress identity standard are:

The preferred color for the signature is always Pantone® Cool 433U. Black and white and gold are the only other acceptable color treatments.

1. Do not switch the primary palette colors around among the components of the signature. 2. Do not substitute other colors, including those in the supplementary color palette, except black. 3. Do not apply a tint to any component of the signature.

Secondary Palette We has also created a color palette that assigns a speciﬁc color to other usage ie. product line / collection...

Typefonts Family The Trajan Pro and Frutiger Std font families have been chosen as the primary typefaces for Van Vorst Mattress communications. The two typefaces allow for ï¬&#x201A;exibility and creative expression in text and display.

Mr. Van Vorst was born in Clinton, Iowa, October 11, 1860, a date that indicates fully that his parents, James and Cynthia (Bowen) Van Vorst, were pioneer settlers in that section of the Hawkeye State. The Van Vorst family lineage traces back to staunch Holland Dutch origin, as the name indicates, and representatives of the family were early settlers in the State of New York, where the name has been one of prominence and inďŹ&#x201A;uence during many generations. Mr. Van Vorst was the eldest in a family of three children, the other two being Charles, a resident of Los Angeles, and Ella, likewise a resident of California. 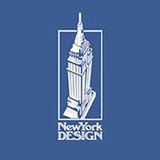 How legacy brands reinvent themselves... with a new brand management... 一個歷史悠久並己結業的美國床墊品牌，重新引起大眾的關注注入新的動力，開拓新「錢途」？ 讓老品牌重生，改變產品形態，讓其切合時代需要。大展...

How legacy brands reinvent themselves... with a new brand management... 一個歷史悠久並己結業的美國床墊品牌，重新引起大眾的關注注入新的動力，開拓新「錢途」？ 讓老品牌重生，改變產品形態，讓其切合時代需要。大展...