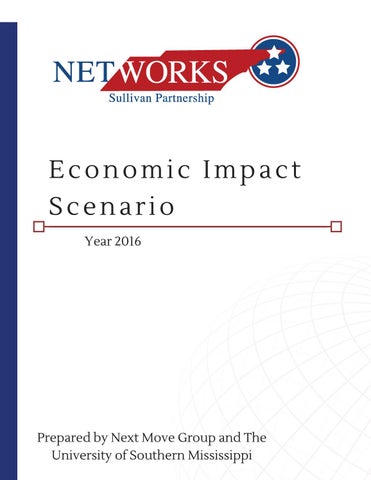 Prepared by Next Move Group and The University of Southern Mississippi

The input-output model in this report is Emsi&#39;s gravitational flows multiregional social account matrix model (MR-SAM). It is based on data from the Census Bureau&#39;s Current Population Survey and American Community Survey; as well as the Bureau of Economic Analysis&#39; National Income and Product Accounts, Input-Output Make and Use Tables, and Gross State Product data. In addition, several Emsi in-house data sets are used, as well as data from Oak Ridge National Laboratory on the cost of transportation between counties.