JPS Outside the Bible Brochure 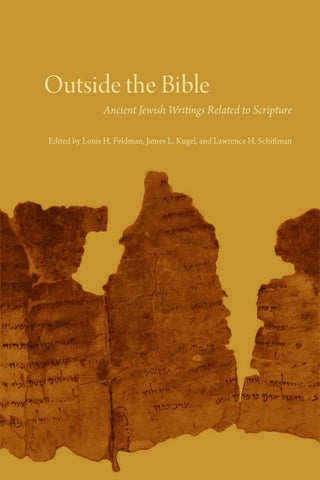 Breathtaking in its scope and eminently satisfying in its execution, Outside the Bible will prove to be an indispensable reference for every scholar of the Hebrew Bible, Second Temple Judaism, the New Testament, and early Christianity. With introductions to and translations of the mass of noncanonical Jewish writings produced from the Exile up to the Mishnah, by an eminent group of internationally renowned scholars, here we have a resource that will meet scholarly needs for generations to come.”—bart d. ehrman , James A. Gray Professor, Department of Religious Studies, University of North Carolina at Chapel Hill Outside the Bible is a well-conceived and magnificently executed answer to the question of what Jews were reading in the centuries before and after the Common Era. High-quality English translations appear for each document, along with sufficient material to place these documents within their original contexts and to provide insight into their meaning. We are thus able, as it were, to enter into arguments and expositions from antiquity, many of which are virtually unknown within today’s Jewish communities and even within academic circles. Such far-reaching scholarship may lead us not only to rethink our past but also to reconsider our present and future possibilities.”— leonard greenspoon , Klutznick Chair in Jewish Civilization and professor of classical and Near Eastern studies and of theology, Creighton University

An anthology of key texts of ancient Jewish literature from the Second Temple Period, including commentary that links to the development of Rabbinic Judaism and Early Christianity The Hebrew Bible is only part of ancient Israel’s writings. Another collection of Jewish works has survived from late- and post-biblical times, a great library that bears witness to the rich spiritual life of Jews in that period. This library consists of the most varied sorts of texts: apocalyptic visions and prophecies, folktales and legends, collections of wise sayings, laws and rules of conduct, commentaries on Scripture, ancient prayers, and much, much more.   While specialists have studied individual texts or subsections of this vast library, Outside the Bible seeks for the first time to bring together all of the major components into a single collection, gathering portions of the Dead Sea Scrolls, the Septuagint, the biblical Apocrypha, Pseudepigrapha, and the writings of Josephus and Philo of Alexandria.   The editors have brought together these diverse works in order to highlight what has often been neglected: their common Jewish background. For this reason the commentaries that accompany the texts devote special attention to references to Hebrew Scripture and to issues of halakhah ( Jewish law), their allusions to motifs and themes known from later Rabbinic writings in Talmud and Midrash, their evocation of recent or distant events in Jewish history, and their references to other texts in this collection.   The work of seventy-one contributing experts in a range of fields, Outside the Bible offers new insights into the development of Judaism and Early Christianity. This threevolume set of translations, introductions, and detailed commentaries is a must for scholars, students, and anyone interested in this great body of ancient Jewish writings.   The collection includes a general introduction and opening essays, new and revised translations, and detailed introductions, commentaries, and notes that place each text in its historical and cultural context. A timeline of the Second Temple Period, two appendixes (Books of the Bible; Second Temple Literature), and a general subject index complete the set.

The Editors: Three Eminent Experts louis h. feldman is Wouck Family Professor of Classics and Literature Emeritus at Yeshiva University, where he has taught since 1955. Feldman’s many publications include Josephus and Modern Scholarship; Jew and Gentile in the Ancient World; and Josephus’s Interpretation of the Bible. A leading scholar of ancient Judaism and Hellenistic culture, Feldman is associate editor of Classical Weekly, managing editor of Classical World, and former editor of Hellenstic Literature for the Encyclopedia Judaica. james l. kugel is professor of Bible at Bar-Ilan University in Israel and the former Starr Professor of Hebrew Literature at Harvard University. Kugel specializes in the Hebrew Bible, the history of biblical exegesis, and the study of ancient Judaism. His many books include How to Read the Bible; The God of Old; and The Bible as It Was. lawrence h. schiffman is professor of Judaic studies and vice provost of undergraduate education at Yeshiva University. Schiffman is former chair of New York University’s Skirball Department of Hebrew and Judaic Studies, and Ethel and Irvin A. Edelman Professor Emeritus of Hebrew and Judaic Studies. Schiffman is a leading scholar of ancient Judaism with special interest in the study of the Dead Sea Scrolls. In addition to his many publications, he is the coeditor of the Oxford Encyclopedia of the Dead Sea Scrolls and editor of The Dead Sea Scrolls: Fifty Years after Their Discovery.

Of Special Interest • Outside the Bible provides a crucial link between Hebrew Scripture and Judaism and Christianity as we know them in modern times. • From the Dead Sea Scrolls to the Septuagint, Apocrypha, Pseudepigrapha, Josephus, and Philo, Outside the Bible brings together the texts that transformed Jews and Christians at the turn of the first millennium. • Outside the Bible provides new perspectives on the Hebrew Bible itself. Fascinating new texts shed new light on the family narratives of Genesis, the ritual and legal narratives of Exodus to Deuteronomy, the historical narratives of Joshua to Kings, and the latest books of Daniel and Esther. Outside the Bible thus enables us to become reacquainted with the biblical family in provocative ways. • Outside the Bible puts these ancient books into their original Jewish context: they were written by and for Jews and their main concern was with Jewish life, Jewish Scripture, and the Jewish religion. • This unprecedented collection of texts is an indispensable reference for scholars and students of the Bible, early Rabbinic Judaism, early Christianity, and the history of the Second Temple Period. • This landmark anthology will be a required basic reference in the religion, literature, and history sections of every academic library in the world. • With contributions from seventy-one world-renowned experts and grounded in the rich scholarship of the past fifty years, this is a resource that will last for generations. • Offers readers access to new and revised translations and introductions and commentary, written in an accessible style. • Offers students, scholars, and general readers an entirely new perspective on a fascinating body of material deriving from one of Judaism’s most significant and fruitful periods of creativity.

About Outside the Bible Lawrence H. Schiffman

One of the most significant characteristics of Second Temple Judaism is the wide variety of texts that circulated among different groups of Jews. We are accustomed to treating these documents based more on their transmission than their literary and theological characteristics. So we speak of Apocrypha, Pseudepigrapha, and Dead Sea Scrolls, designating in the first and last instance specific groups of texts collected in some way in antiquity. Taken together, we gain from all these texts a picture of a Jewish community, both in and outside the Land of Israel, producing all kinds of literary works and involved in vigorous debate about all kinds of religious questions. Outside the Bible presents a wide variety of these texts classified by their content and literary character, not by the ancient collections in which these writings have reached us.   For later Rabbinic Judaism, already in the Mishnah Sanhedrin, the reading of the Apocrypha and other non-biblical works was prohibited, and it was understood to lead to loss of one’s portion in the world to come. This blanket prohibition may have referred only to public reading of such non-scriptural books, since the Talmud itself quoted the apocryphal book of Ben Sira. The interpretation of this Mishnah text in the Jerusalem Talmud explicitly refers to Ben Sira, which is included in the Apocrypha—those works canonized in the Greek Bible which served as the basis for the Septuagint. Only the twenty-four books of the Hebrew Bible were to be considered canonical.   Because of their great significance for the history of Judaism and the background of Christianity, many of the texts of the Apocrypha, Pseudepigrapha, and Dead Sea Scrolls are included in Outside the Bible. The texts examined by our assembly of world-class scholars now provide us with an expanded notion of the nature of the literature of Second Temple Jews, most of which was already in circulation in the Hasmonean period. This literature has provided a much deeper understanding of the nature of the various approaches to Judaism in this period. Based on this wider picture, we are better able to reconstruct the influence of this literature on the later development of Judaism. Outside the Bible contributes greatly to this effort by providing readers with authoritative introductions and commentaries to these works, showing their intimate connection to the ongoing Jewish tradition.

JPS Outside the Bible Brochure 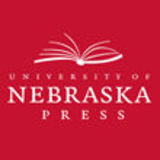