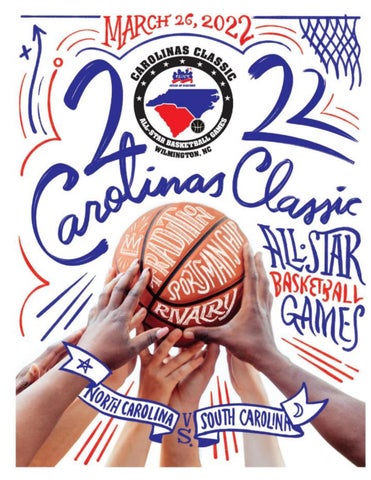 To the dedicated supporters of high school basketball across North and South Carolina, I would like to extend a welcome from the North Carolina Coaches Association to the 25 th edition of the Carolinas Classic Basketball Games. Unfortunately, we found it necessary to cancel the games in 2020 and 2021 due to restrictions in place because of the coronavirus pandemic, but we continued with all-star team selections both years. These games are important to our coaches, players, and fans. NBA and top NCAA Division 1 rosters have listed many past players from this game, and fans of our games will say they first saw those athletes play in the Carolinas Classic. We are happy to bring the event back to Wilmington and North Carolina for a third year. I am confident you will enjoy the competition and find that the Port City is a great place to visit. The NCCA would also like to thank our sponsor, the fine folks at House of Raeford Farms FLOCK, for believing in our vision and for donating proceeds to Camp Corral – a non-profit group transforming the lives of children of wounded and fallen military heroes. Mention also needs to go to Greg Grantham, Tom Teachey, and Brett Queen for their hours spent in working with our offices to coordinate the many aspects of putting on an event of this magnitude. Phil Weaver – Co-Executive Director North Carolina Coaches Association

The South Carolina Athletic Coaches Association (SCACA) is the only professional organization for the coaching profession in SC. We are delighted to serve our coaches with scholarship programs, all-star events, and all-sports coaching clinics. Our goal is to promote professional development of coaches and to teach and protect student-athletes. The SCACA with its 6,926 members is pleased to be a participant in the Carolinas Classic All Star Basketball Games. We welcome all of those in attendance to a first-rate experience here at John T. Hoggard High. Most importantly, we sincerely appreciate the sponsorship and support of the House of Raeford Farms FLOCK non-profit organization. With FLOCK and Hoggard High, the NC Coaches Association and the SCACA have worked diligently to make this a memorable experience for every player, coach, and fan. We value the support of the sponsors, fans, and the city of Wilmington that are helping these outstanding high school players showcase their talents and skills. R. Shell Dula – Executive Director South Carolina Athletic Coaches Association

The NC Basketball Coaches Association and the SC Basketball Coaches Association are both extremely proud to be affiliated with the North Carolina South Carolina All Star games! The over 900 North Carolina member coaches and over 700 South Carolina member coaches have supported the games for the past 25 years. We are excited about the opportunity to again partner with the NCCA, SCACA, and the primary sponsor of the games, the House of Raeford Farms’ F.L.O.C.K., to bring the games back to Wilmington, NC. We are thankful to the Wilmington area for the hospitality they have shown to our players and coaches in welcoming them to the area with open arms. We sincerely hope that this weekend’s activities associated with the games have been as impactful to the residents of this area as they have been for the players and coaches participating in the games. A special thanks to F.L.O.C.K. for their vision and support in bringing the Carolinas Classic All Star Basketball games to Wilmington and to Hoggard High School for serving as the host venue for the games themselves.

Previous players that have gone on to NBA, WNBA or NFL include: NBA- Josh Howard (1998 NC)

Links to view rosters from past games down below 1998 in Rock Hill: Girls | Boys 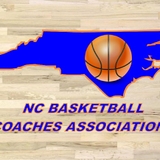