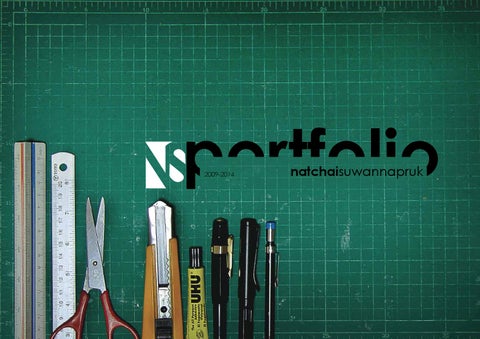 Passionate with sustainable and environmental design approach Knowledgeable and considerate with the natural and contextual effect towards architecture.

Highly motivated with a strong ambition

Being involved in organizing various activities and events in both managerial and operating levels I believe I have an efficient interpersonal skill along with a proficient leading and managing experiences.

Eager to learn and be open minded to new ideas

I’m a fast learner who is willing to spend time on research and open up to new ideas.

Able to handle and solve problem under pressure

Being in an architecture school with an intense course allows me to develop my ability to handle problem within a limited time frame and under pressure.

Project Manager Building and Designing a book barn in KhonKaen, Thailand along with the contribution to publicating the project in Art 4d Project Manager A community development project which involved renovatinga nursery school in Lopburi, Thailand

FROM MOVIE TO ARCHITECTURE The design of the shop house is an end result which is an abstraction of the classical film, “Blow Up” by Michelangelo Antonioni and an adaptation from a thorough study of the Esherick House, one of the master piece by the great master, Renzo Piano. The project was divided into three main phases: Beginning with Learning from the master, which the Esherick House had been analyzed in and out; from the implied logic behind the space to the idea of solid and void. The second phase is the Analysis of the movie Blow Up in terms of camera angles and plot. And finally the final phase, Design Execution, which the information from the prior phases are being extracted and adapted into the existing site. The site is located in Samyan, a small mechanic community in the center of Bangkok, the capital city of Thailand. The intension of the project was to transform two adjacent shop house into a residential building for a family of a movie director and a community center which would provide livelihood to the community.

FROM MOVIE TO ARCHITECTURE The genral concept of the architecture is derived from on of the climax of the movie, where the main character “BLOW UP” the picture to investigate a murderer. The design of the building’s facade is a depiction of the pixelated “BLOW UP” photos. I integrated the “square” pixels into the facade of the building not only as a straightforward expression but with the intention to implied the sense of obscurity into the house. The pixelation had been used in the facades facing the center alley. The density of the facade pixilation is gradually becomes more sparse as it gets to the main entrance in the center. This builds up the curiosity of the passersby - making them wonder what is actually inside the building attracting them in. While th frontal facades had been design in a more simplicity to keep the coherence with its neighbours.

To create an efficient cohering space between the public and private area, the two areas had been distributed separately into each buildings and are joined on the top floor. Creating a privacy hierarchy which increases as you go higher.

The second building is a public building which served as a communal center. It consists of a cafĂŠ on the ground floor and a small theater with an exhibition space on the second floor. The third floor however, is preserved as a private office and an outdoor garden for the owner.

The facade facing the center alley is distinguish by the program within them. On the residential building the facade is design to provide a limited view from the outside to maintain privacy. However, as an abstraction of the pixelated concept, concrete has been shaped to create depth and pixelated pattern. While the density of the pixelation on the upper level is decreased to provide ventilation and better view.

The pixelated pattern of the public building on the other hand is designed to obscurity and raise up curiousity, attracting the public to the cafe on the ground floor. Steel framing had been used to create a variety of window panels. Similar to the residential house, the density of the pixelation decreases on the upper levels .

The design approach of the Bangkachao Hotel is to established a bridge which closes down the gap between the urban environment and the natural context. Guests of the hotel would be provided with an "urban quality" facilities under the Bangkachao natural context. The programs are oriented to create a privacy hierarchy which allows the tourists to cohabitates with the locals, immerging themselves to the subtle and serene lifestyles while obtaining their high level facility and privacy. To directly engage with the community the locals are provided with working and learning areas. Vacant orchards and canals would be bring back to usage, while locals would be provided with jobs and knowledge.However, this would not only promotes the economics of the community but at the same time creating a self-sustained environment. Therefore, the hotel doesn't only served the needs for their guests but, it becomes a benefitial elements of the community as a whole through the jobs opportunities and self-sustained community.

1 The site possessed a riverside view, which not only provides the perspective of the contradictory environment of bangkok but allows access to the water.

To cohabitate coherently with the local context of Bangkachao, the architecture is designed to integrate itself into the natural environment of the site. Therefore to benefit from the site location, the hotel rooms are oriented to face the Chaophraya River and the canal which cuts into the site. Moreover, with the site being a flood plain, the hotel structures are elevated-up to co-exist coherently with the flooding problem and at the same time minimizing the destruction of the existing natural condition. The public spaces are provided for the locals on the ground floor. These programs includes facilities such as the swimming pool and floating market along with the learning center in the form of plantations. The hierarchy of privacy increases as the level gets higher. The main entrance would leads the guests across the canal onto the second floor. The second floor consists of a public library, a café and the lobby. To create a private circulation for the guests the guests are being lead through a secure door from the lobby into their designated room either on the same or upper level. The public spaces such as the café or the library then acts as a communal space which ideas and knowledge could be exchange between the locals and the guests. This would create a mutual relationship between the locals and the hotel. The locals are provided with job opportunity along with facilities while the hotels would use that aspects as an attraction while bridging in the gap between the locals and urban community.

2 The canal’s mouth allows boats to directly enters to the hotel. While the usage of the canal through the floating market also allows the local to bring the canal back into use. 3 The existing community allows a direct interaction with the locals promoting the economics of the area. 4 With the existing site condition of being a flood plain it allows the the architecture to interact with the environment. 5 Bringing back the orchards into use would not only provide a self sustainble hotel, and bring the vacant land back to used but provides the local with jobs - giving back to the local comunity

Private Area - Guests Room The 3rd floor of the hotel served as a private-area where guests room are located. The guest would then acts as an observers to the activities that are going on downstairs.

Semi-Public - Interaction Area The Second Floor served as an interacting area between the locals and the guest. It includes the rooms along with a cafe and a library. The activities of the guest and the locals would cross-path here.

Public Area - Full Interaction Area The ground floor is the area of the locals where the markets and the learning center is located. Along with in a guest swimming pool is also integrated. Guests would be fully engaged with the locals activities. 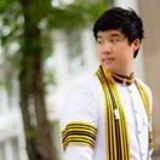 A collection of architecture projects from 2009-2014

A collection of architecture projects from 2009-2014