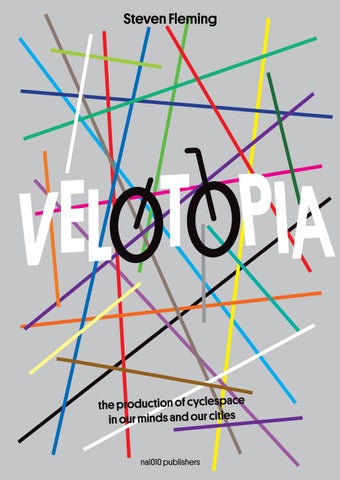 From a Pedestrian to a Bike City

From Brownfields to Bike Fields

A Mum With a Bub in a Box Bike Bicycle-Centric Urban Growth: Seeing beyond the Urban Renewal Agenda

Proposition 1: New York chapter 1 - Why Should We Think About Bicycling Cities?

Proposition 2: Copenhagen chapter 2 - How Should We Think About Bicycling Cities?

Purpose-Building for Bikes Epistemology and Building Type Classifications Ørestad: Why We Need an Idea The Utility and Folly of Utopian Visions

Before we discard our bodies to become spiritual machines Before we replace our friends with synthesized substitutes Before we eliminate our emotions in favour of perfect logic Before we surrender our autonomy to smart objects, vehicles and cities Let us pause And examine a 200-year-old technology driving adoption rates that would make any Silicon Valley investor drool. And let us do this through the prism of Stanley Kubrik’s masterpiece 2001: A Space Odyssey. In the climactic turning point, our human hero deactivates HAL- the Artificial Intelligence meant to care for all life-support mechanisms of the spaceship. This very act set the stage for humanity’s next great evolution. As HAL reaches the end-stage of synthetic life, his last words are from his first implanted memory. A song called Daisy Bell. A song about a boy who longs to be with his love on a bicycle. ‘You’ll look sweet upon the seat of a bicycle built for two’ Let us wonder: Where can the bicycle take us?

A Mum With a Bub in a Box Bike At the centre of this book is a protagonist, a hypothetical mother whose simple aims – health, safety, money and getting to places in the city she lives in – mean she is better off cycling to the shops than driving a car. Who is she exactly? ‘Call this person the inhabitant. Call this person yourself.’ 1 These are the words of Lebbeus Woods from an essay about architects’ complicity with politicians and profit-obsessed clients who conform to the will of mass markets ‘at the expense of some person who is not willing to do so. To construct a just society’, Woods argues, ‘it is precisely this lone person who must first receive justice.’

Bicycle-Centric Urban Growth: Seeing beyond the Urban Renewal Agenda Bicycle transport was redefined for the world in 2010. That was the year the world’s bellwether city, New York, reallocated space for motorized transport to human-powered transport with its protected bike lanes. Now there is hardly a city in the developed world that isn’t at least talking about becoming bike friendly. But let’s not get too excited. Most cities have been talking about the needs of the blind and disabled. Our thinking would be a lot clearer if we were up front about bicycling’s worth. Sure, it can be a way of redeeming the suburbs, combatting global warming and improving public health. It can also be an end in itself. But where it is getting the most love from politicians is in the gentrified inner city. As people move back to the city their old suburban habit of driving makes traffic grind to a halt. They realise cars in the city are like popcorn in a funnel. They start cycling, reading Jane Jacobs, visiting Copenhagen, lobbying for bicycle lines, reading Jan Gehl, hating on people driving in from the suburbs and thinking of themselves as ‘bicycle urbanists’. What the petite bourgeoisie are not asking is how cycling might influence urban growth, not just urban renewal. When we shift our focus from urban renewal and gentrification to urban growth, cycling becomes a big topic. It goes from being something North Americans might want for their gentrified hoods to something that can underpin rapidly growing cities, especially in the developing world. For those who would call themselves bicycle urbanists the focus would shift from trifling interventions like protected bike lanes and lower speed limits to grand visions of carfree cities, indoor cities, cities with buildings designed for riding inside, etcetera. Two things make this unthinkable to the built environment designer community. First is a belief, ever since London’s population grew to 6 million before the ‘safety-bicycle’ (two equal-sized wheels and a chain drive) was even invented, that the industrialized city cannot exist without industrial modes of transportation: the steam train, the street car, the driverless car or whatever. Second is the inordinate influence of consen-

sus-view urban designers, in the ilk of Jane Jacobs and Jan Gehl. Now a whole generation can’t see the difference between observing urban spaces that already exist and producing new urban space on brownfields and greenfields. There are ‘urban designers’ who do nothing but analyse data. Exactly how much are they waiting to gather before doing more with it than arranging moveable deck chairs on what might be a kind of Titanic? It is not within the means of this planet to serve the bourgeoning cities of the world’s poorer regions with motorized transportation. That leaves us with two options: planning cities where people stay put in their walkable sphere (how depressing!) or, seeing how far we can go with the idea of planning cities where everyone uses super-cheap means of connecting to markets, most obviously cycling. Quickly then, let’s extricate the topic of bicycle urbanism from the topic of urban renewal. Let’s see cycling occasioning a period of architectural inventiveness of Asian or South American proportions. That will mean swapping the empiricism of Jan Gehl and Jane Jacobs for the more daunting epistemology of someone like Le Corbusier. What is so clever about Le Corbusier’s buildings are their unbroken teleological connections to the realities of his time. One reality was the new plastic material, reinforced concrete, that could liberate wall planes from their former floor and roof bearing duties; Le Corbusier’s Villa Savoye demonstrates the full ramifications. In its siting, on the formerly unreachable outskirts of Paris, the Villa Savoye demonstrates the ramifications of two more realities of the interwar period: people’s fear of infectious diseases in the wake of the 1918 influenza pandemic, and their enthusiasm for the fantastic machine that could separate every human one from the other: the car. No one would say Le Corbusier’s Plan Voisin did good for the world, but we can learn so much from his logical process. If Le Corbusier were alive now, grappling with the problems that face us (and if his sponsor wasn’t the car maker Voisin but a bicycle brand), what new vision for cities would he devise?

Dr. Steven Fleming is a specialist consultant helping cities and the property sector exploit the potential of cycling. As an academic he published over 40 scholarly articles and books (including Cycle Space in 2012) and held positions at the Universities of Tasmania and Newcastle in Australia and Harvard and Columbia in the US. As a government architect in Singapore he designed and project managed four major developments including a total of 1810 dwelling units and designed a 2.4 hectare park, an early example of his life mission to design active environments.

The Dutch use cycling in combination with trains to connect regions. Other nations are using cycling to make historical city centres liveable again. But what if cycling became the key organizing principle for urban growth and the design of new buildings? See how the most connected future cities will be those that put cycling before walking and public transport and see why such cities would not only be healthy and green, but fairer and more accessible than the cities we know. This is a book for all those shaping cities and buildings (designers, planners, students, advocates, etcetera) who sense a bigger potential for cycling.

Dr Steven Fleming is an architectural theorist and historian and a leading international figure in bicycle urbanism. nai010 publishers Rotterdam 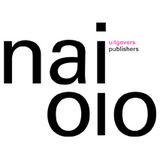 Velotopia -The Production of Cycle Space by Steven Fleming

> The book imagines city layouts that would make urban life more productive, comfortable, social and fun > The first bike-centric model of u...

Velotopia -The Production of Cycle Space by Steven Fleming

> The book imagines city layouts that would make urban life more productive, comfortable, social and fun > The first bike-centric model of u...