Under the Ice Written by Jenny Feely

Chapter 2: Many challenges to overcome

Chapter 4: Into the unknown

A note from the author

Prologue The explorer Sir Hubert Wilkins took an  expedition to the Arctic in 1931.  During this  expedition, Wilkins and his scientists collected  important new information. This information was so accurate that it  helped to save a US submarine in 1958.   This submarine, the USS Skate, was patrolling  the Arctic ice when its compasses stopped  working.  The captain of the submarine used  information from Wilkins’s expedition to figure  out the location  of the submarine, saving it  from disaster.

The USS Skate in the Arctic

An exciting mission On June 4, 1931, a submarine  called the Nautilus left the  United States.  Its mission  was to cross the Arctic Ocean  under the ice to the North Pole.   Sir Hubert Wilkins

The Nautilus submarine was  christened in New York City.

No one had ever tried to go under the Arctic ice in a submarine.  Many people said that it was impossible.  But the captain of the Nautilus – Sir Hubert Wilkins – was certain that it could be done.  North Pole Arctic Ocean

Many challenges  to overcome Exploring the Arctic in 1931 was very  dangerous.  The sea ice was always  moving and no one knew how far down  into the water it reached and whether  there was land underneath or just ocean. There were only a few months each year  when such an exploration could be  attempted, because it was only during  the summer that breaks in the sea  ice existed.  Wilkins needed these breaks  so the submarine could come to the surface.   As winter approached, the patches of open  water would freeze and disappear.

Icebergs can be dangerous for submarines  because they can extend a long way down  underneath the water. 7

The only contact the Nautilus had with the  outside world was through shortwave radio,  and it was not certain that this would work  properly through the ice.  To find their way  under the ice, Wilkins and his crew would  need to rely on a compass.  But being so  close to the magnetic North Pole caused  compasses to become unreliable.

The Nautilus could submerge  to depths of about 200 feet,  but going deeper was very  risky as the water pressure  could squeeze the submarine  until it collapsed.  If the sea ice  went deeper than 200 feet, it would  be very difficult to navigate around it. 8

When underwater, the Nautilus was powered  by batteries.  It had to surface for 8 out of every 24 hours to refresh the air supply and to run the diesel engines, which recharged the submarine’s batteries.  To do this, the crew had to find breaks in the sea ice. As this could be difficult, Wilkins had the  Nautilus fitted with an ice drill, which could  drill through the ice so that the Nautilus  could reach the surface.  But no one knew for sure if this would work.

breaks in  the Arctic ice 9

A shaky start For the expedition, Wilkins leased a submarine from the US Navy and called it Nautilus.  This submarine  had never been to the Arctic and had  to be remodeled to make it suitable.   It took many months and, before  it was even finished, the project was  running late. When the submarine was ready, it had  to be tested.  Filled with all of the  equipment needed to explore the Arctic,  the Nautilus was heavier than expected,  and it plummeted  downwards, finally  getting stuck in the mud 260 feet  below the surface.  10

The Nautilus is being prepared  for its expedition.

The Nautilus is at  the dock for repairs.

The Nautilus was in danger of being crushed  by the pressure of the water.  The captain and  crew tried everything to free the Nautilus  from the ocean floor – using engines, emptying  the ballast tanks that weighed it down, even  having the crew run from side to side to try  to rock the submarine out of the mud.  Nothing  seemed to work.  Then suddenly, without any  explanation, the Nautilus began to rise to the  surface.  Disaster had been avoided – this time.

Explorer facts Wilkins named the submarine  after the submarine Nautilus in the  book  Twenty Thousand Leagues Under  the Sea by Jules Verne. 13

After more tests, and now two months  behind schedule, the Nautilus set off across  the surface of the ocean for Norway.  This  was where Wilkins planned to launch his  expedition.  But after only three days at  sea, they sailed into a frightening storm.

The Nautilus sails  through stormy seas.

The Nautilus bucked and rolled as the huge  waves tossed it around.  All the members of  the crew became seasick.  Water seeped into  one of the submarine’s engines and it  stopped working.  Soon the second engine  failed as well.

A crew member checks  machinery on the submarine.

For three days the storm raged.  The crew  needed to send for help, but there was not  enough power left to run the radio.  The radio  operator worked on the radio, changing it so  that it could send out a low whistling sound  using the small amount of power left.  For  18 hours he tapped out a message in Morse  code: SOS, SOS, SOS. Eventually the Nautilus was rescued by a  US navy ship and was towed to safety.

Explorer facts SOS is the  traditional message used  in emergencies and means  help is needed.  It stands  for Save Our Souls. 16

The Nautilus was taken to a  dock in England to be repaired.

Into the unknown The Nautilus needed many repairs.  These  took one month and set the expedition even  further behind schedule.   At last the Nautilus was ready and set off for  the Arctic ice.  After battling another vicious  storm, the submarine reached the Arctic ice.  The crew celebrated stepping onto  the Arctic ice for the first time.

When Wilkins ordered the crew to prepare for  the first dive under the ice, they discovered that the diving rudders were missing.  These were vital because they were used to steer  the submarine when it was underwater. No one knew if they had been lost in the storm or if a crew member, frightened of going under the ice, had tried to ruin the expedition on purpose.

But Wilkins was determined that the  expedition would not be a total failure.   Although it was impossible to cross the Arctic  Ocean under the ice, he ordered that the  scientists collect as much scientific information  as they could. Scientists set up their  equipment on the Arctic ice.

The scientists began to collect data about the depth of the Arctic Ocean floor, the flow of the ocean water and the direction in which it moved, and the level of salt in the water.  They took samples of the mud on the ocean floor and made observations of the animal life.  This was the first time such data had ever been collected. A scientist collects information.

One final attempt Summer was nearly over and the ice was  getting thicker – time was running out for  the expedition.  But Wilkins was still  determined to succeed.  When the weather  was clear, he gave the order to dive under  the ice.  This was very brave and perhaps  very foolish – without the diving rudders,  no one knew if the submarine could get  back to the surface.

The Nautilus sails through ice before diving.

As the submarine floated under the ice,  Wilkins and the crew saw the jagged shapes  of the bottom of the ice – a sight that had  never been seen by humans before.  They  were astounded by the colors and shapes, as  the clouds moved above the ice and the  sunlight shone through. A view from under the ice.

When it was time to come out from under  the ice and go back to the surface, everyone  on the submarine waited nervously.  The  captain set the engines for slow and the  Nautilus slowly glided forward, out from  under the ice and into the sunshine. Wilkins and his crew had succeeded!  They were the first people to travel under  the Arctic ice in a submarine.

Explorer facts In 1958 the USS Nautilus (named after  Wilkins’s  submarine)  made  the  first  crossing  of the Arctic Ocean under the ice. 25

June 4 The Nautilus departs  New York and is  damaged by a storm.

June 15 The Nautilus is rescued and  towed to England for repairs.

The Nautilus dives  under the ice.

The Nautilus reaches Arctic waters,  600 miles from the North Pole.

The Nautilus returns  to Spitsbergen; all  the crew survive.

The Nautilus arrives  at the island of  Spitsbergen, Norway.

England July 28 The Nautilus is repaired and leaves England.

A note from  the author As a writer I find that the very best, most compelling stories are those about real people and the astonishing things they have done.  When I read the biography of Sir Hubert Wilkins, I found a wealth of amazing stories. I was especially interested in his submarine voyage under the Arctic ice. I had not realized how difficult such a voyage would be or that submarines were so dangerous and isolated. But mostly I was impressed by the ways that Wilkins persisted in terrible circumstances, not giving up when most people would.    28

Owning a Pet: What Should You Think About?

Food: What’s Good? What’s Bad? Stop Wasting Food! How Can We Do It? The Big, Bad Wolf: True or False? What is Treasure? What Do You Value? Wildlife in the City: Why Should We Protect It? Being Brave: What Does It Mean? Dangerous Animals: What Do You Need to Know? Water: The Key to Life? Planet Ocean: How Important is It? Mini Beasts: The Good, the Bad, and the Ugly Scary Stories: The Scarier the Better? Places People Live: When is a Home a Home? Fire: Friend or Foe? Trees: Why Do We Need Them? Setting Goals: What’s Important? Plastic: Helpful or Harmful? Thinking Outside the Box: What Does It Mean? 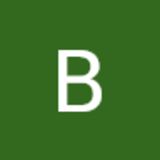