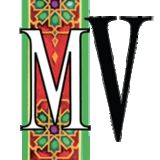 Muslim Views is South Africa’s oldest Muslim newspaper with a publishing record dating back to 1960 when its predecessor, Muslim News, was first published.

Muslim Views was launched in 1986.

Muslim Views proudly asserts its editorial independence, particularly from government, business, theological or political groups. Although the paper emerges from a religious minority community it disavows a parochial or exclusivist approach to religion. The policy of the paper is to embrace universal values, to resist extremism in any form and to strive for freedom and justice for all.

Even though it may be critical of structures of power, it strives to provide a forum for diverse, even conflicting viewpoints and to be a constructively self-critical mirror of Muslims nationally and internationally.