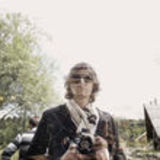 Photography became a new means of expressing his social activism. Therefore in his projects he approached some of the intriguing aspects of living in today’s Romania, in an attempt to raise awareness and increase social responsibility among institutions and individuals.

He is especially attached to the roma people’s cause and he hopes that one day, his work, from images to public speeches and presentations will help end the plight of the roma people. UNHCR, UNICEF (Romania and Switzerland), Open Society and Amnesty International already used and commissioned his work on roma people. He did two stories for Le Monde des Religions (part of Le Monde Group) - 2010 and 2011.

Part of Canon Ambassadors Programme as an Explorer.

To Mugur, and hopefully for all photographers, making a practical difference for the better for those in need through his pictures is the main target, the highest and only truly meaningful reward for his work.