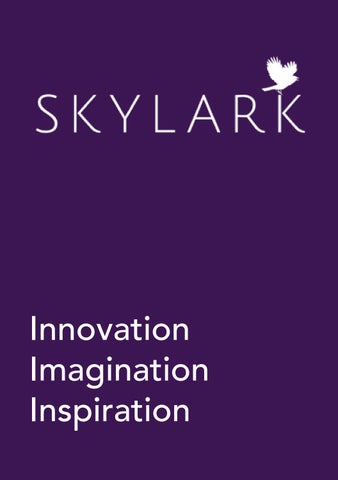 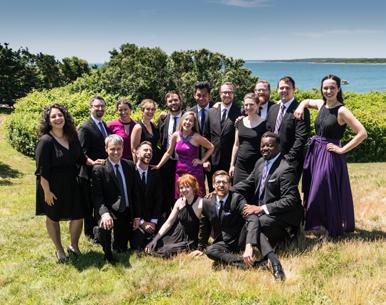 “The cream of the American crop ... in their short existence, Skylark is already renowned for their elevated programming as well as their crystalline sound”

Three-time GRAMMY®-Nominee SKYLARK is one of the leading vocal ensembles in the world, praised for their dramatic performances and their innovative, imaginative, and inspiring programs

Skylark strives to set the standard for innovative and engaging programs that re-define the choral experience for audiences and singers alike.

Skylark’s ground-breaking recordings were nominated for GRAMMY® awards in 2019, 2021, and 2022, firmly establishing Skylark as one of the leading lights in American vocal music.

Since its founding in 2011 in Boston, Skylark has branched out to perform its dynamic programs in museums, concert halls, and churches across the United States, including Spivey Hall (Atlanta) The Morgan Library (NYC) and the Bechtler Museum of Art (Charlotte). At Skylark’s international debut at St. John’s Smith Square, London, The Times of London declared that Skylark was “the highlight” of a festival that included some of the world’s leading choirs.

Praised for his “catalyzing leadership” (Q2/ WQXR) and “musically creative and intellectually rich” programming (Opera Obsession), Matthew is passionate about communicating something unique in each concert and recording.

Matthew scours the world of available repertoire for each program, exhaustively researches each piece, and crafts concerts and printed programs that captivate audiences with their hidden connections and seamless artistry.

Matthew is also an active arranger and editor of scores, and recently completed work on a new edition of Rachmaninoff’s All-Night Vigil, which he premiered with Skylark in 2022.

“Matthew Guard knows about the importance of programming, and how to achieve excellence in the process ”

Skylark’s virtuosic and versatile artists are among the most dynamic vocal performers in the United States, with a rich and diverse set of skills from making music around the world

They perform as soloists at Carnegie Hall, Lincoln Center, and Boston Symphony Hall.

They teach at leading universities and conservatories.

They perform in award-winning folk bands, and on national tours of broadway productions.

They have travelled the world as members of groups like Chanticleer, the Phillipine Madrigal Singers, and the Choir of King’s College, Cambridge.

they join together as Skylark, the results are.. “Gripping”

The Times of London

“Some years ago the British magazine, Gramophone published a list of the world’s 20 top choirs. Most of these were from the UK, the rest from Europe. No American choirs made the list, not even Chanticleer. If that list were to be redone for 2018, Skylark would be a serious contender.” 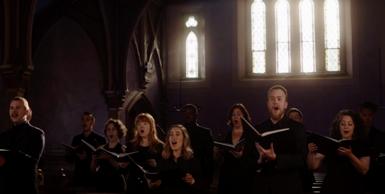 Once Upon a Time is Skylark’s enchanting retelling of two classic fairy tales, “Snow White” by the Brothers Grimm and “The Little Mermaid” by Hans Christian Andersen, poised to appeal equally to sophisticated children and happily susceptible adults.

Nominated for the GRAMMY® Award for Best Choral Performance in 2021.

Conceived for Skylark’s international debut on the evening of Good Friday at Tenebrae’s prestigious Holy Week Festival in London, this highly original album progresses through the scriptural seven last words of Christ on the Cross.

This dramatic program features uniquely American choral works and choral music from other regions of the world, pairing the music of William Billings and the Sacred Harp with the music of contemporary composers Anna Thorvaldsdottir and Jaakko Mäntyjärvi. Skylark recorded this album for international release in partnership with the Sono Luminus label.

Nominated for the GRAMMY® Award for Best Choral Performance in 2019.

What might happen if Robert Langdon, acclaimed professor of Symbology at Harvard University (and fictional hero of Dan Brown’s best-selling novels, including The Da Vinci Code), were enlisted to explore hidden symbols, secret codes, and long-forgotten historical connections buried in manuscripts of choral music over the centuries?

Profound inspiration from times of war

Francis Poulenc’s Figure Humaine is one of the greatest works ever composed for unaccompanied choir – composed in 1943 in occupied France based on resistance-inspired poems by Paul Eluard, it is a stunning exploration of the grim realities of war, culminating in an optimistic and embattled cry for liberty in the face of oppression. Interspersed between Poulenc’s stirring and complex settings, Skylark offers far simpler (but no less beautiful) musical images from the American Civil War era. We share some well-known pieces that have remained in the popular consciousness, as well as beautiful war-inspired songs that have been long since forgotten (and only found thanks to the Duke University Historical Archives).

A stunning re-imagining of the Dickens tale

Working from the original text abridged by Artistic Director Matthew Guard, Composer Benedict Sheehan has created a groundbreaking concert-length story score that weaves familiar Christmas carols into the fabric of the Dickens story. Bringing timeless carols of the season together with the beloved characters of Charles Dickens creates an unforgettable new version of a Christmas classic. 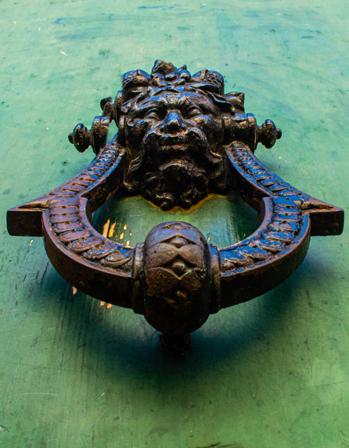 Winter’s Night intersperses Distler’s seven variations with complementary Renaissance motets or carols by 20th-century composers who were themselves inspired by the music of the past.

Upon the album release in 2017, Classics Today dubbed Skylark’s performance as “of the highest standard for any area or any repertoire.”

From Paris with love

Few cities inspire the romantic imagination like the City of Lights. Join a chamber group of twelve phenomenal Skylark artists to celebrate romantic music inspired by the French capital.

From beautiful chansons by Debussy and Fauré, to jazz classics from songwriters Cole Porter and Michel Legrand, to classics by French singers Edith Piaf and Charles Trenet, and perhaps even a touch of Broadway, La Vie en Rose is a charming musical bon bon.

join Skylark for a joyful celebration of traditional music from Ireland and other Celtic nations.

We are fortunate to have two Skylarks with significant expertise in Celtic music: Fiona Gillespie (Soprano and Irish whistle) and Peter Walker (Bass-baritone, piper, harpist, and collector of unique musical instruments).

Join Fiona, Peter, and a chamber group of Skylarks for an evening of airs, ballads, and folksongs.

An apocryphal story recounts that when conductor Nikolai Danilin first heard Sergei Rachmaninoff play the score for his All-Night Vigil (‘Vespers’), Danilin said “Where am I to get such basses? They are as rare as Asparagus at Christmas!” Since 2016, Skylark has presented the greatest masterwork of a cappella music as it has never been heard before: in performances of the finest professional vocalists in the United States anchored by world-renowned basso profundos.

“Sodeeplymovingthatitactsasabalm,travelingstraightfrom the stage to your heart.” - The Arts Fuse

Joby Talbot’s Path of Miracles may be the first true choral masterwork of the 21st century. Talbot, whose dramatic compositions include well-known film scores and luscious ballets, composed the piece in 2005 for the British ensemble Tenebrae, a group similar to Skylark both in size and vocal virtuosity. The piece takes the listener on a mesmerizing vocal journey across the ancient Camino de Santiago, the pilgrimage to Santiago de Compostela in Northwest Spain. With its four varied and theatrical movements named for important cities along the pilgrim’s path, and its moving libretto by poet Robert Dickinson, Path of Miracles has been called “little short of a musical miracle in itself.”

Skylark’s albums have been honored with three GRAMMY nominations and accolades from critics at home and abroad, including Classics Today, the BBC, Gramophone, and Limelight Magazine (Australia). Skylark’s most recent four studio recordings have all placed in the top 10 of the Billboard Traditional Classical Chart. We are honored to have partnered with some of the leading figures in the classical recording industry, including the GRAMMY-Award-winning team from SONO LUMINUS and GRAMMY-Award-winning British producer Adrian Peacock. 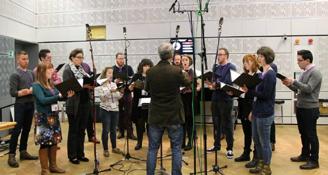