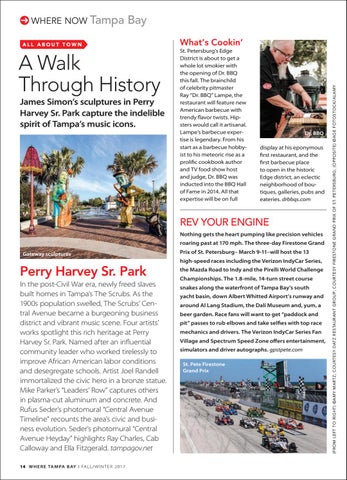 A Walk Through History

St. Petersburg’s Edge District is about to get a whole lot smokier with the opening of Dr. BBQ this fall. The brainchild of celebrity pitmaster Ray “Dr. BBQ” Lampe, the restaurant will feature new American barbecue with trendy flavor twists. Hipsters would call it artisanal. Lampe’s barbecue expertise is legendary. From his start as a barbecue hobbyist to his meteoric rise as a prolific cookbook author and TV food show host and judge, Dr. BBQ was inducted into the BBQ Hall of Fame in 2014. All that expertise will be on full

display at his eponymous first restaurant, and the first barbecue place to open in the historic Edge district, an eclectic neighborhood of boutiques, galleries, pubs and eateries. drbbqs.com

REV YOUR ENGINE Nothing gets the heart pumping like precision vehicles roaring past at 170 mph. The three-day Firestone Grand Gateway sculptures 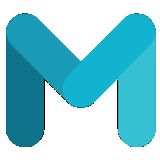