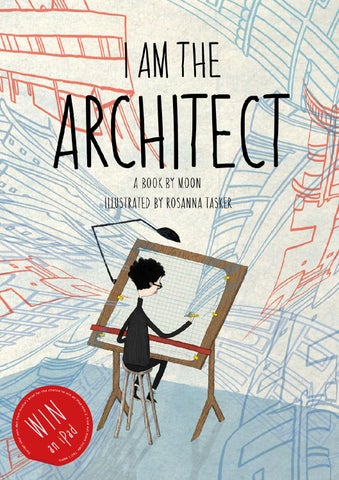 Why has an architecture and building firm written a childrens book? Good question. And the answer stems from our hero, Archie himself: a passion for designing and building. What you have in your hands actually began life as a booklet, intended to explain the design and build process to kids. But like most things we get involved with, it grew. Our little booklet became a little book. And in keeping with the sentiment of our new story, we wanted to find some budding talent to illustrate it. We ran a small design competition with a selection of UWE Illustration graduates. The standard was high, but there was something special about Rosanna’s work – its richness; her storytelling. Rosanna joined us in the Moon office, working alongside George our in-house Graphic Designer, to bring Archie to life. For Archie’s voice, we turned to our trusted friend Tom Brown – the first person to communicate Moon’s passion in words. With all the pieces in place, we pushed, pulled and drank coffee until we had something we were all proud of. But why stop there? Archie wouldn’t stop at just designing a den. We’re working on Archie’s next adventure, I am the Builder, as I speak. And from there, well, who knows? Like I say, things tend to grow.

Make no mistake, Archie was a proper genius. He knew this because his mum said so. But while he liked her well enough, and she mixed a decent genius juice (26% clementine cordial; 71% spring water; 3% fresh lime), she just kept disturbing his amazing ideas. Archie decided it was probably time to get his own place. After all, he was 10 now. He was going to design his own garden den like an architect. A genius architect.

Now, Archie being Archie, he had to look the part. Just thinking like an architect wasnâ&#x20AC;&#x2122;t enough. As luck (and his mumâ&#x20AC;&#x2122;s M&S store card) would have it, he soon had the perfect outfit. An itchy roll neck sweater. Fitted black trousers. Smart shoes. And a pair of round glasses that hurt his eyes. And the final touch: a trusty notepad in which to sketch his genius designs.

Archie stepped outside to find the perfect site for his new masterpiece. But as he surveyed (or in non-genius speak: had a look at) the site, questions started buzzing around his brain... What size should it be? How will it be powered? What will stop it blowing over in strong winds? Why had Bruno the fish changed colour when he returned from his grandmaâ&#x20AC;&#x2122;s?

As any proper architect knows, first you need to sketch your genius idea. But before that you need to practice. Archie tried sketching his own house to see how it was done. Thing is, Archie couldnâ&#x20AC;&#x2122;t figure out how to fit something so big into such a small sketchpad. Or, more worryingly, how to stop a ladder wobbling.

At the bottom of Archie’s road was an office with the words ‘Moon’ and ‘design + build’ tastefully mounted above its front doors. Surely these people could help. Archie knocked on the front door and explained his problem to a friendly, bearded man. As he was shown around the office, the aroma of fresh coffee and the sound of cool jazz captivated him. Is this what his mum meant by ‘pretentious’? He liked it.

The first thing Archie needed to do was defeat his new enemy. Scale. To help, Moon gave him a remote control mini. Archie was annoyed â&#x20AC;&#x201C; this was for kids. He could drive a real car. Probably. But as he played, things started to make sense. He realised how a model or drawing could represent something bigger. Archie was told the scale of the toy mini was 1:20 (1 to 20) â&#x20AC;&#x201C; this means the grown up mini is twenty times bigger than his mini. He didnâ&#x20AC;&#x2122;t have time to check, so he took their word for it.

The next few hours were a blur of activity as Archie learnt about drawing plans, elevations, sections and everything else he needed to become a top architect.

Although Archie now understood the technical side of being an architect, there was still something missing. Inspiration. He had to see what other geniuses had built around the world. Archie packed his bag, booked his flight (itâ&#x20AC;&#x2122;s amazing what an M&S store card can buy) and set off. He told his mum heâ&#x20AC;&#x2122;d be back for tea.

The first stop on Archie’s travels was exotic Japan. As he zoomed around on his scooter, Archie passed some traditional wooden, tiered pagodas. He liked how tall and sturdy they were – good if there’s an earthquake or you need to see how loud you can shout your pet fish’s name. Archie liked Japan too. As well as teaching him how to use chopsticks like a pro (but not eating sushi out of respect for Bruno) it had given him some brilliant den ideas.

Next up: the desert towns of Yemen and their traditional brick and stone buildings. Archie trotted around on his rent-a-mule, Sebastian, and stared up at the buildings, admiring their detailed patterns. In a strange way, the Yemen skyscrapers reminded Archie of New York. But with more sand and not as many hot dogs.

After hopping on a ferry across the Red Sea, Archie made it to Egypt â&#x20AC;&#x201C; and it was even hotter than Yemen. Archie thought the mud brick houses were very clever. It made sense to use materials you have around you. It saved money too. But before he had time to think, his camel was off again. It had been in a bad mood since they stopped for lunch at the pyramids. Archie suspected he had trapped wind.

After the blazing heat of Egypt, Archie headed somewhere much cooler: the wild woods of Colorado. Rather than sticking to the slopes, Archie went exploring and came across a log cabin. It was interesting how it was made entirely from just one material. They must really like logs. Archie found it very peaceful in the woods. But what was the growling noise he kept hearing? Probably just his belly.

After flying back to London in record time (25 minutes), Archie hopped on a bus to look at some Tudor buildings that were over 500 years old. The contrast of the black timber and white plaster was very unique. But he did wonder how Henry VIII had fitted through such narrow doors. He had a belly bigger than Uncle Phil. And Uncle Phil could balance three plates on his. Speaking of bellies, Archie checked his watch â&#x20AC;&#x201C; six oâ&#x20AC;&#x2122;clock! Time for tea.

Once he got home and had used his new chopstick skills to eat his tea (fish fingersâ&#x20AC;ŚBruno would understand), Archie got to work.

He pinned up all the amazing buildings heâ&#x20AC;&#x2122;d seen on his travels for inspiration and let his imagination run wildâ&#x20AC;Ś

He could build the highest den in the world so his mum could never interrupt. But how would he get his genius juice?

Or he could use all the materials around to build a hut with a moat (great for Bruno). But where would mum keep her veggie patch?

Or what about building it underground? Heâ&#x20AC;&#x2122;d always thought all those roots and foundations were a waste of space. But would it be a bit gloomy down there?

There were just so many things to think about. Archie realised that even he might need a team of architects to help him come up with the perfect solution. (He’d be the boss, of course.) Actually, that’s where you come in… 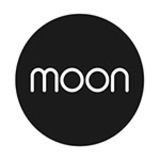 I am the Architect tells the tale of Archie, a self-proclaimed 10-year-old genius who sets out on a mission to design the ultimate garden de...

I am the Architect tells the tale of Archie, a self-proclaimed 10-year-old genius who sets out on a mission to design the ultimate garden de...