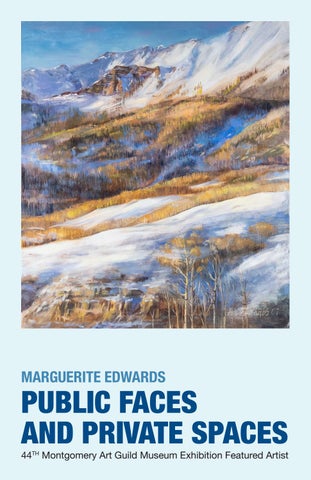 Raised in an artistic family, Marguerite Edwards has felt a connection to art for as long as she can remember. Her grandfather, Frank M. Spangler, Sr., was a noted political cartoonist for the Montgomery Advertiser. Her mother, Lucile Spangler Whitehead, who attended the Corcoran School of Art, gave her daughter her first art lesson; her father, Chuck Whitehead, was an established artist and “the inspiration in my life and work through his constant quest for knowledge, growth, and experimentation in his art.”1 As a colonel in the Air Force, Whitehead and his family moved around the world, including such locations as Japan; Washington, D.C.; and Hawaii before moving back to Montgomery; even in a childhood of constant change, Edwards&#39; creativity continued to thrive. Dedicated to following art as a career, Edwards first studied art at The University of Alabama in Tuscaloosa, then at Huntington College in Montgomery, before completing her studies at Birmingham Southern College. She began working in abstraction but found her passion in realism and the human form. After graduation, she spent months at a time visiting her parents in New York, resulting in an opportunity for Edwards to attend the Art Students League to hone her portrait skills. Edwards found all her teachers influential, but none more so than painter William Draper (American, 1912–2003). Draper described his concept of painting as starting with the broom and ending with a feather—in other words, making sure the painting stands on its own at every stage, with the form established in the beginning and the painter adding more details as the image develops. For Edwards, who continues to work in this way, the opportunity to learn from established artists at the school was critical to her artistic development. She stated, “It is so important to be able to stand on the shoulders of the giants of the past, who stood on the shoulders of the giants before them. To study that knowledge that has been handed down through generations opens a lot of doors for ideas of your own.” As seen in this exhibition, presented in conjunction with the Montgomery Art Guild’s forty-fourth exhibition at the Montgomery Museum of Fine Arts, Edwards melds her academic training with passion and spontaneity. Best known for her commissioned portraits, Edwards has painted the likenesses of eighteen Alabama Supreme Court justices, seven United States appellate court judges, several United States senators, and other dignitaries. In her portraits, Edwards indicated that she “is not trying to get into the soul of the 1. Edwards, “No Sunday Painter,” MAG News, n.d., page 2.

person, instead, I’m trying to be authentic to them.”2 She works from live models, imbuing a sense of realism and fervor through her heavy, impasto brushstrokes in oil and her deft use of soft pastels. Alongside portraiture, Edwards creates stunning still lifes and landscapes. Like her portraits, she prefers to work from life if possible. Not always able to do so, Edwards relies on images she captures with her camera. Back in her studio, a combination of her memories and the photographs inspire works in oil paint, pastel, charcoal, and pencil. For example, while visiting Colorado, her excitement in the shapes and colors found in the snow resulted in a series of snowy landscapes, including Telluride (2007), featured on the cover. In addition, on a drive to the beach Edwards was inspired by the colors and geometries of an everyday gathering at a country store, which later became the painting, Dominoes at C. C. Bess (2016), seen above. All her works of art start with a focus on highlighting patterns of light and shadows, and she combines these elements to create stunning images that bring her subjects to life. 2. Edwards, in a conversation with the author on February 16, 2021.

Marguerite Edwards is the featured artist of the 44th Montgomery Art Guild exhibition. A native of Montgomery, Edwards is a portrait painter celebrated for her depictions of fifteen Alabama Supreme Court Justices and seven Appellate Court Judges. Edwards has also captured the visages of United States Senators and other dignitaries. Alongside her portrait practice, Edwards creates stunning still lifes and landscapes in oil paint, pastel, charcoal, and pencil. 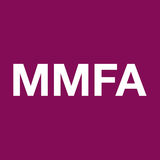