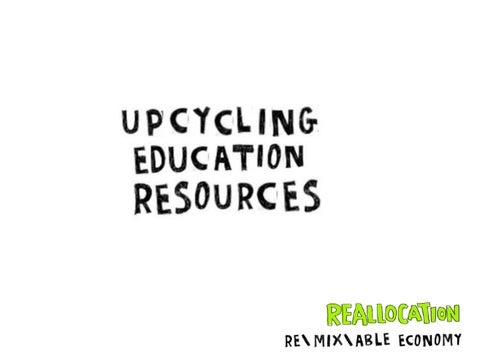 The city would be like the school/classroom. True public education, for the public (concerning all the people.) Any topic. Any time. Any where. And because more people are sharing/collaborating, scarcity diminishes. Exchanges become less about paper-currency/loans/grants/scholarship, and more about time/talent share. Because people start to view the community gain/growth/health as their own gain/growth/health, competition diminishes. And because people are spending their days grokking/doing/being what matters to them, we experience more peace, a different economy, a share/connection/trust economy, abundance exponentiates.

..is a jumpstart to that vision.

Perhaps we already have all we need. We just need to reallocate. Trillions of dollars are spent on things we don’t really need/want each year. So that money becomes waste/wasted in some form or another. And because currently money drives most things, those dollars also involve/include/abuse other things – like energy/nature/resources/people. Learning to be more resourceful/mindful with what we already have. Imagine the money alone, going toward enlivening cities, where people are freed up to find the thing they can’t not do. 7 billion people making change, as the day, not after hours, and not on a loan.

of the premise of an ibp (informal business plan)

is part of the

But how to convince people to make this (little) changeâ&#x20AC;Ś? Equity (everyone getting a go) matters, so how to make it simple enough so that it scales across and sustains itself?

one with yourself. one with others. so what if we use 2 convos to literally redefine school (the day, the funding, the mindset, ..)

within ongoing protoyping over the last five years..

Most districts average 500 policies they must comply with to garner public ed funding. The most well-known/referenced policies being: seat time & test scores. What if we prototype a city/district getting funding via just 2 policies. Ones that address two fundamental human needs â&#x20AC;&#x201C; attachment & authenticity:

community buy-in to have these daily conversations: if everyone is having these 2 convos every day, 30+3 min, the rest of day is theirs. plus they get suggested connections everyday from the 3 min data. plus they get free access to and input for resources throughout the city. government/powers-that-be buy-in for ongoing funding: if having these 2 daily convos works, (enlivens the city: less crime/poverty/health issues/etc), the city/district gets funded per census, rather than seat time & test scores,

how is this different?

Perhaps what has not yet been tried..

a city-wide experiment, to provide an ecosystem of eclectic people/resources;

an as-the-day experiment, rather than adding something to the day (after hours/school/work).

Money calls too many shots. people become money free for a year.

Just to see if there is a better way to live our days, rather simply hoping for it or theorizing about it. Getting the sync right to play out in a community where red tape is essentially nill. This is the next phase/prototype of a finding/vision we have been dabbling with the last five years. Perhaps an experiment/mindset in an ecosystem not yet tried.

If/when we model enough of a betterness â&#x20AC;&#x201C; a city changed, perhaps it would merit reallocation of current school funding. Future finances would then come per census, rather than seat time and/or test scores, as government, et al, see the benefit of an entire city as community builders. Ongoing spending would be determined by ongoing crowdsourcing of these gatherings per choice. [If there does emerge betterness, yet powers that be donâ&#x20AC;&#x2122;t deem it worthy of funding reallocation, perhaps the people themselves would bypass the government buy-in phase, hastening a more democratic system/structure.]

â&#x20AC;˘ what a city might look like financially if govt funding was per census and crowdsourced per the community/city/district â&#x20AC;˘ how rich a city might feel, with or without the literal money, when we start practicing a time/talent/share/trust economy â&#x20AC;˘ the transformation that might take place in just a short year, in a city with a new/emerging mindset: spaces of permission with nothing to prove

three areas of focus: for the moneys

sabbatical to play in city [this could be any district staff]

paid internships to play in city

to start up their real dream job

*note: the idea is that spaces morph as much as people do. and especially initial spaces â&#x20AC;&#x201C; ie: collaboratory functions are to 1\get us back to a natural state and 2\as global research/sharing to affect world change

Reviving/remixing becoming indispensably re\mark\et\able. Co-creating a mindset of a different economy/currency. Perhaps trust/share/relationship/connection, as a city listens to each other without an agenda, other than: what do we need, what do we have, what are we curious about, afraid of, .. and how can we facilitate that. At all levels and in all areas we crowdsource/co-create/emerge community via such things as (already existing): urban-observatory/google-sketch-up/i-wishthis-was/seeclickfix/cityforward/streetlight/edgeryders/projectcitizen/hoverapp/collaborative-consumptionâ&#x20AC;Ś maker/hacker spaces.. pie/coffee spaces.. sketch-able walls.. sidewalks.. Perhaps some of these think tank-ish space(s) would have literal birds-eye-view of the city, with i-wish-this-was-a.. google sketch stations, giving everyone easy access to share their dreams.

for more on intent/meaning behind words/phrases.. they can be searched at 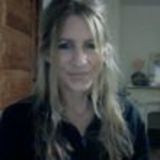