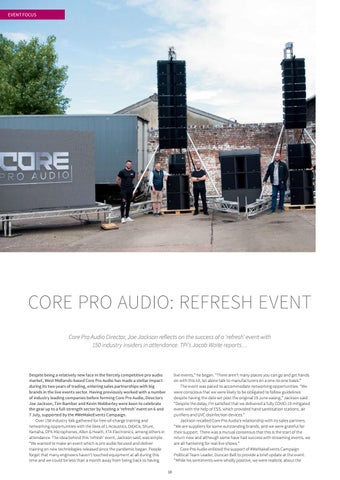 Despite being a relatively new face in the fiercely competitive pro audio market, West Midlands-based Core Pro Audio has made a stellar impact during its two years of trading, entering sales partnerships with big brands in the live events sector. Having previously worked with a number of industry leading companies before forming Core Pro Audio, Directors Joe Jackson, Tim Bamber and Kevin Mobberley were keen to celebrate the gear up to a full-strength sector by hosting a ‘refresh’ event on 6 and 7 July, supported by the #WeMakeEvents Campaign. Over 150 industry folk gathered for free-of-charge training and networking opportunities with the likes of L-Acoustics, DiGiCo, Shure, Yamaha, DPA Microphones, Allen &amp; Heath, XTA Electronics, among others in attendance. The idea behind this ‘refresh’ event, Jackson said, was simple. “We wanted to make an event which is pro audio focused and deliver training on new technologies released since the pandemic began. People forget that many engineers haven’t touched equipment at all during this time and we could be less than a month away from being back to having

live events,” he began. “There aren’t many places you can go and get hands on with this kit, let alone talk to manufacturers on a one-to-one basis.” The event was paced to accommodate networking opportunities. “We were conscious that we were likely to be obligated to follow guidelines despite having the date set post the original 19 June easing,” Jackson said. “Despite the delay, I’m satisfied that we delivered a fully COVID-19 mitigated event with the help of ESS, which provided hand sanitisation stations, air purifiers and UVC disinfection devices.” Jackson recalled Core Pro Audio’s relationship with its sales partners. “We are suppliers for some outstanding brands, and we were grateful for their support. There was a mutual consensus that this is the start of the return now and although some have had success with streaming events, we are all hankering for real live shows.” Core Pro Audio enlisted the support of #WeMakeEvents Campaign Political Team Leader, Duncan Bell to provide a brief update at the event. “While his sentiments were wholly positive, we were realistic about the 10 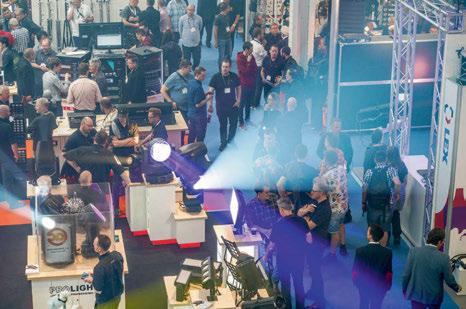 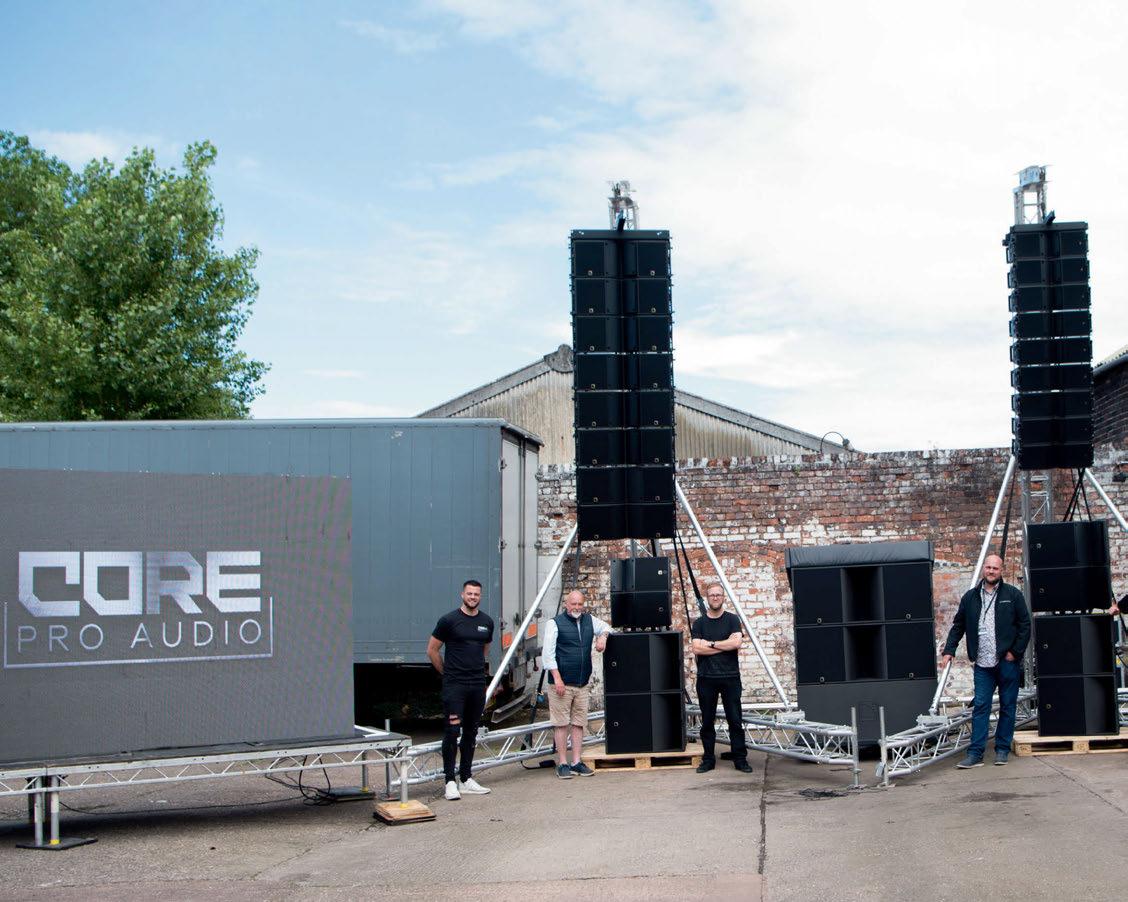 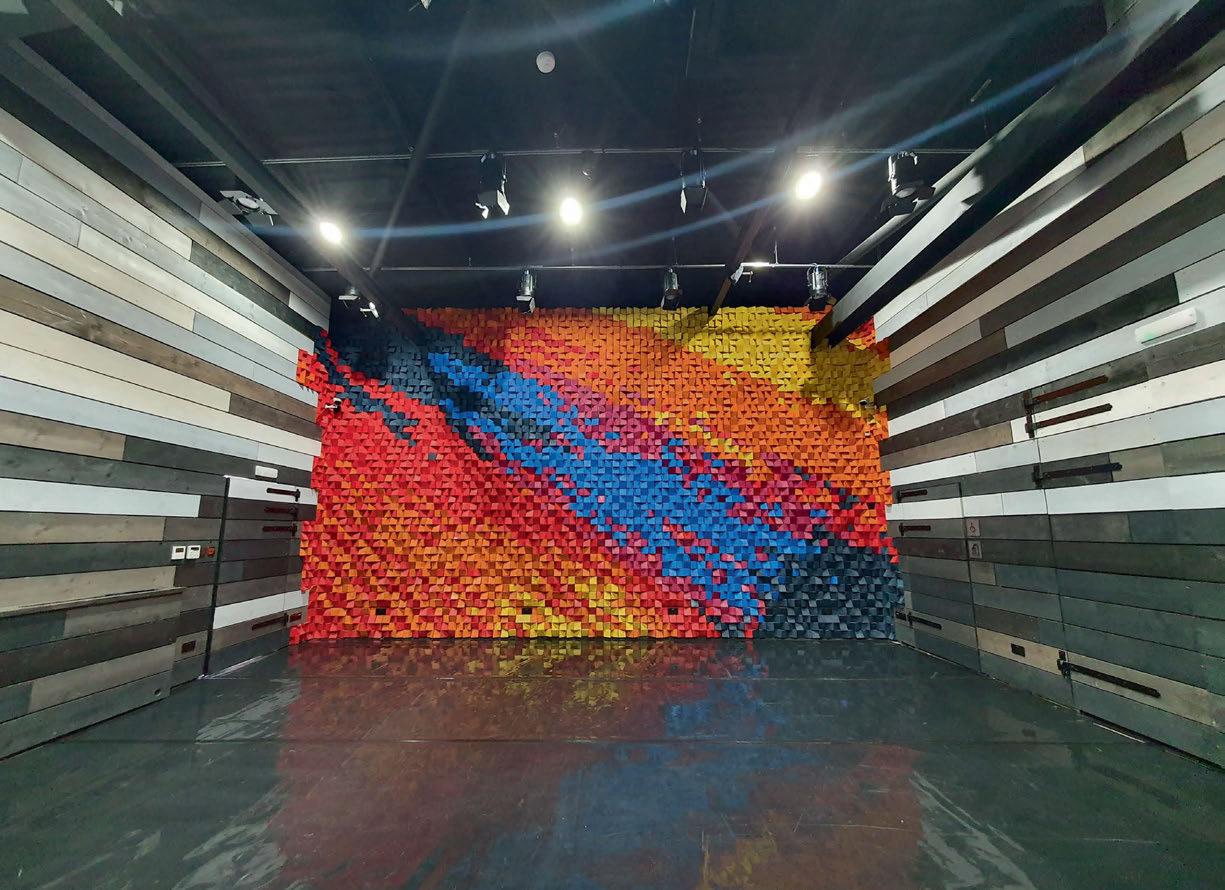 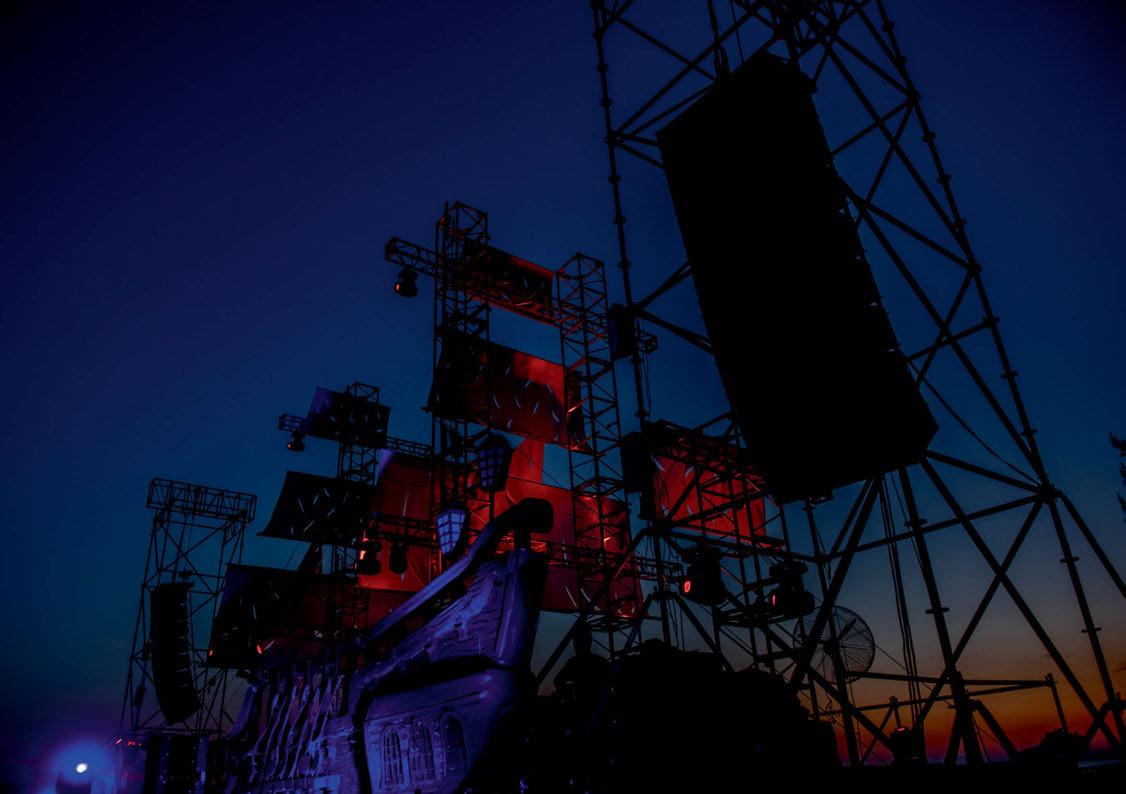 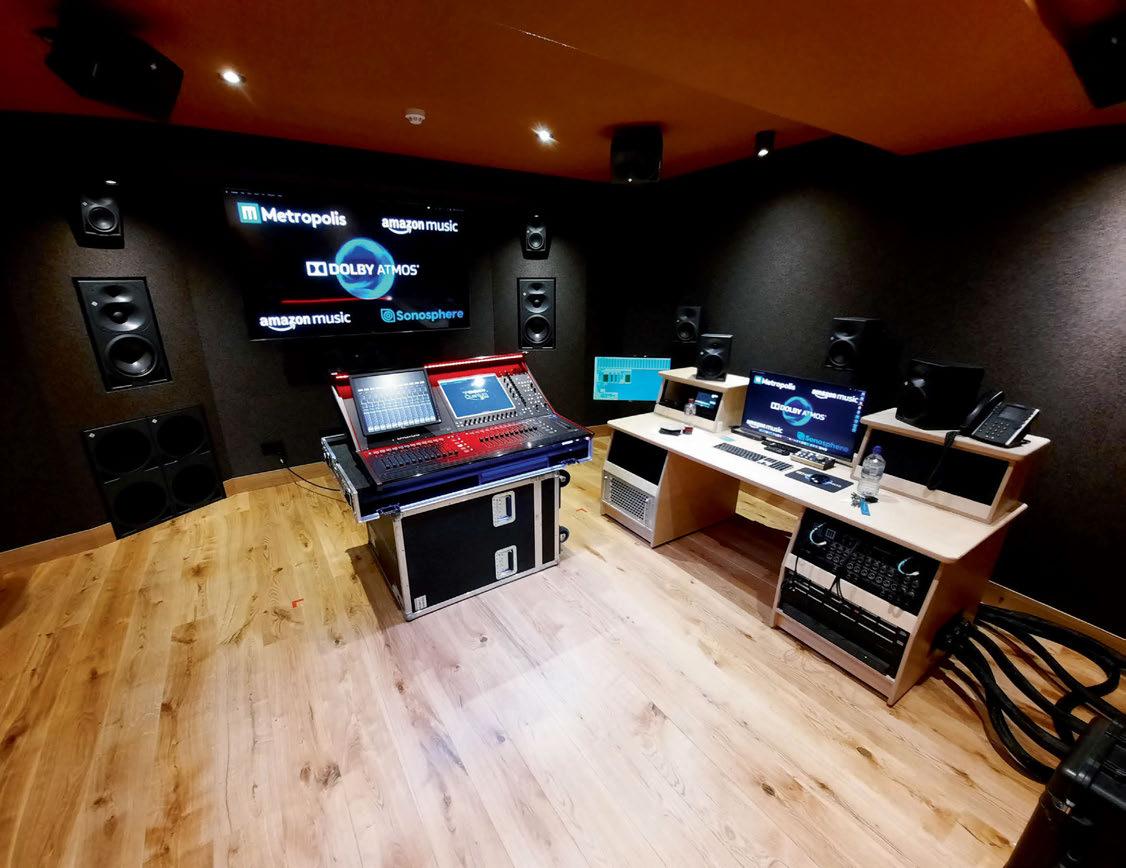 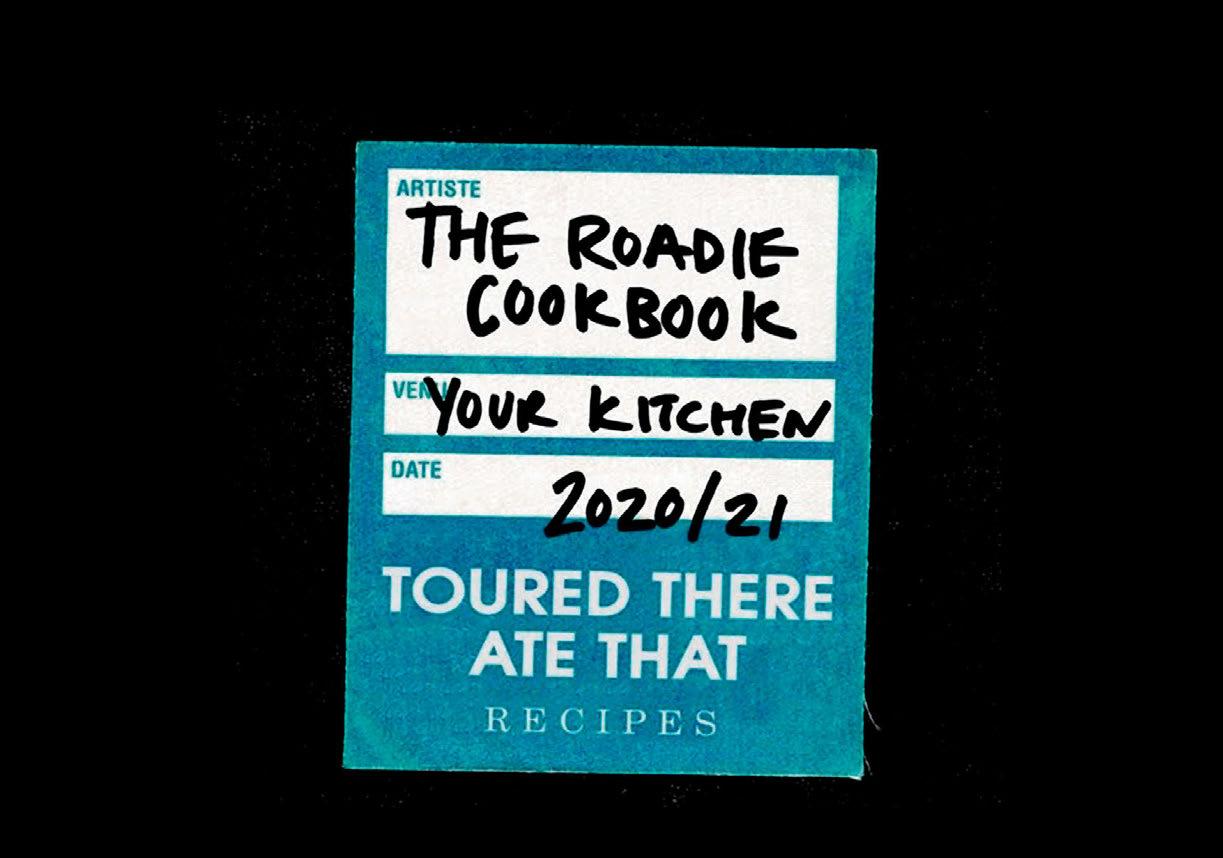 Individuals from the live events industry create a recipe book to raise funds for Music Support and Stagehand. 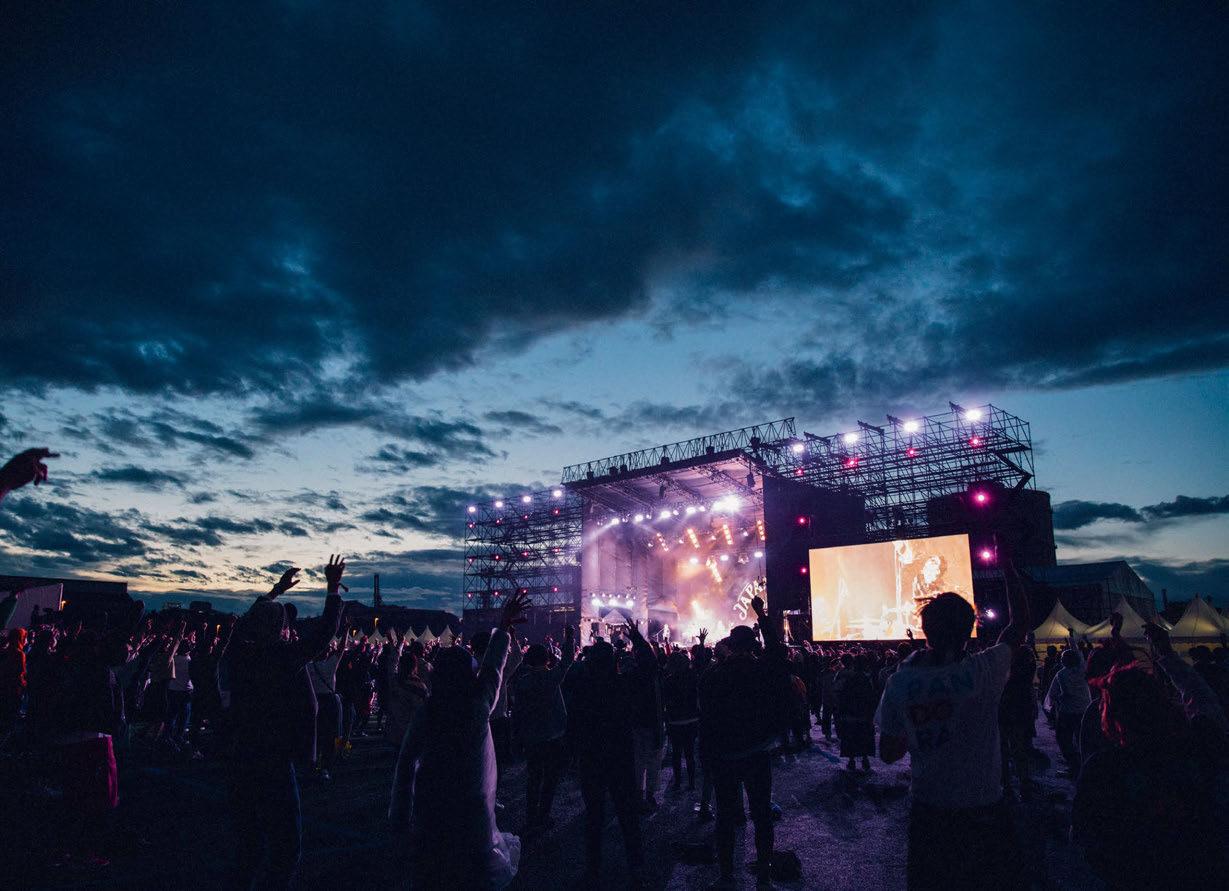 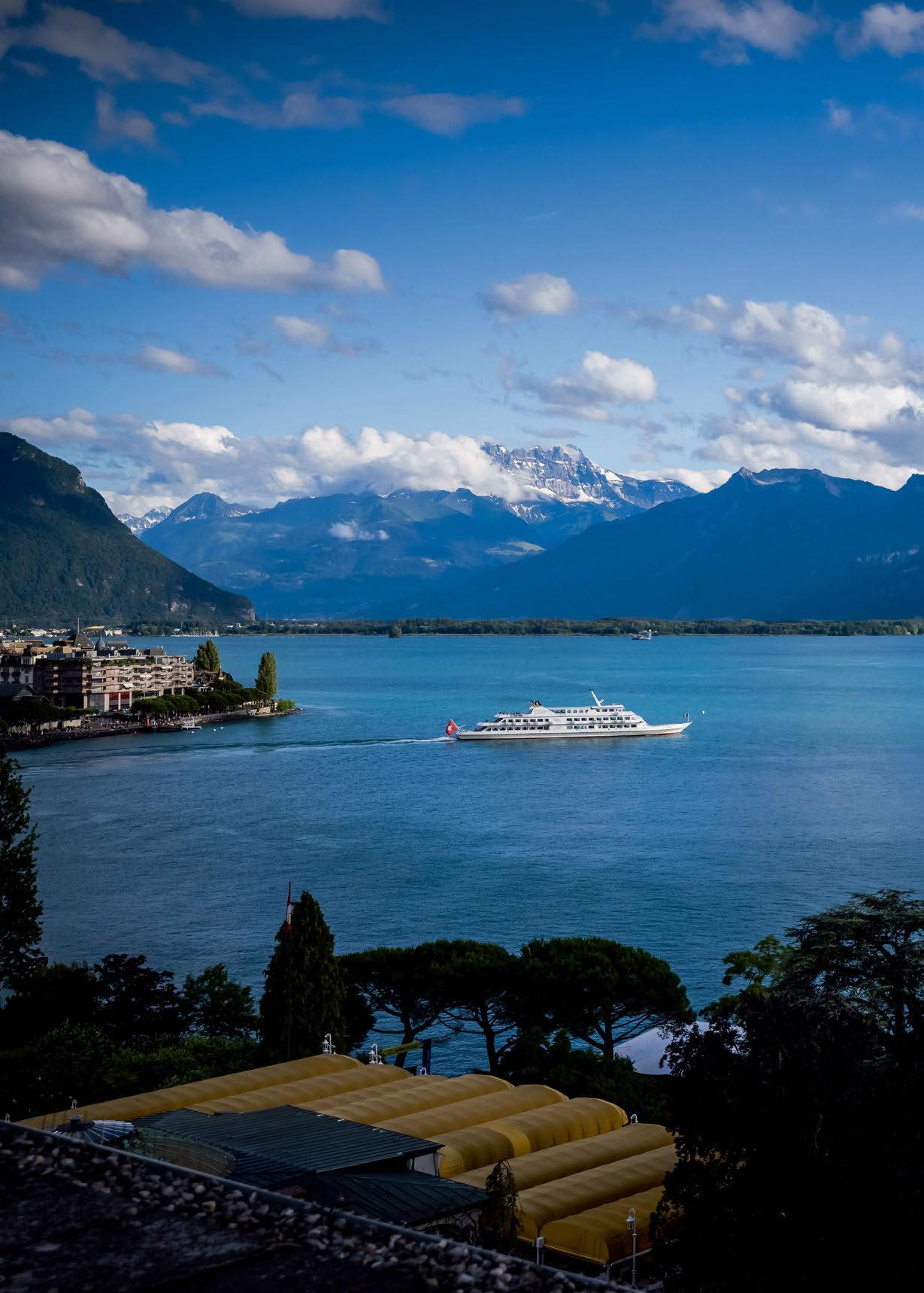 A reimagined four-stage festival site, featuring a performance space in the centre of Switzerland’s Lake Geneva. 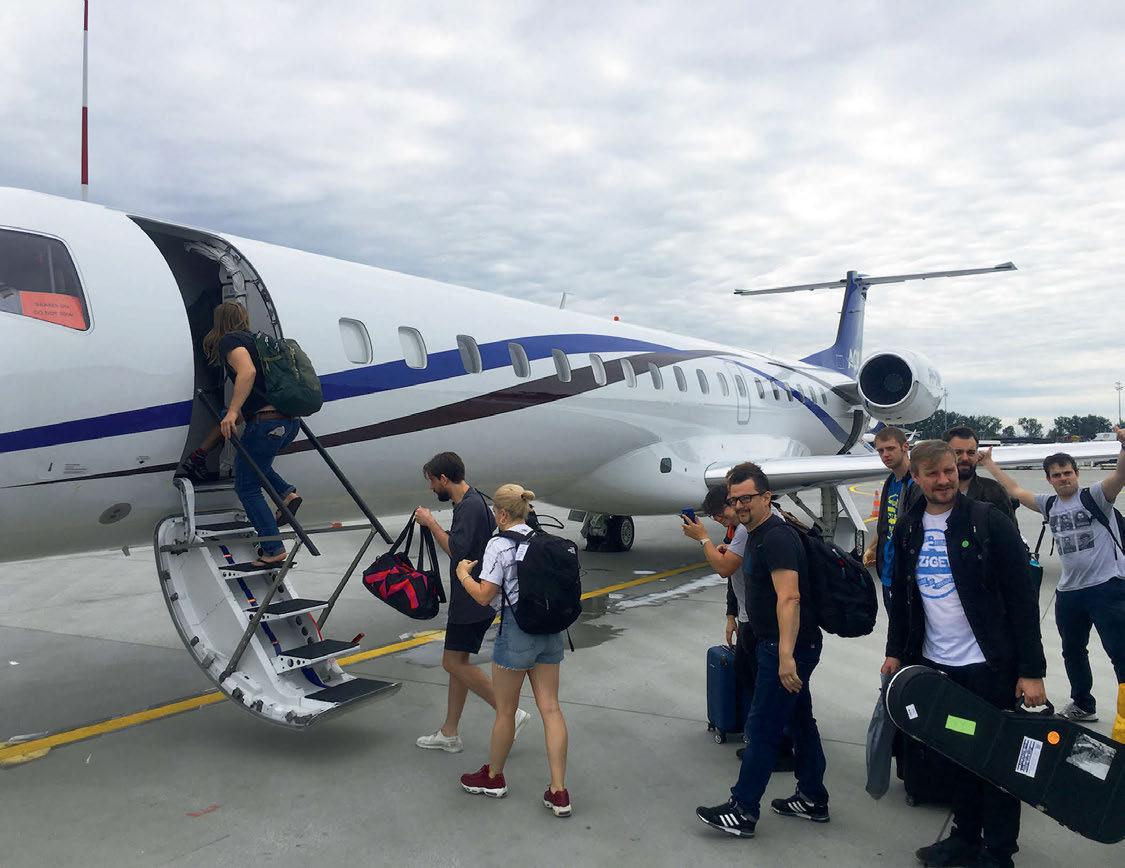 Only Helix introduces a visa service to help the sector get back on the road. 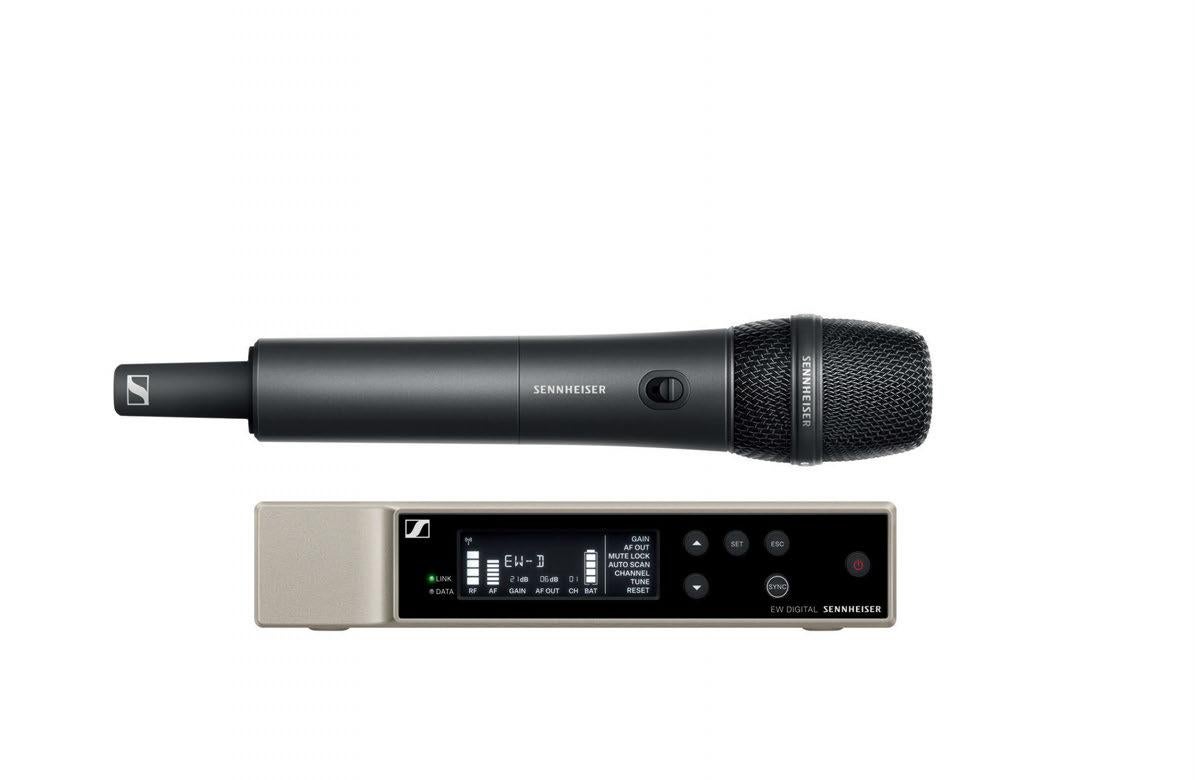 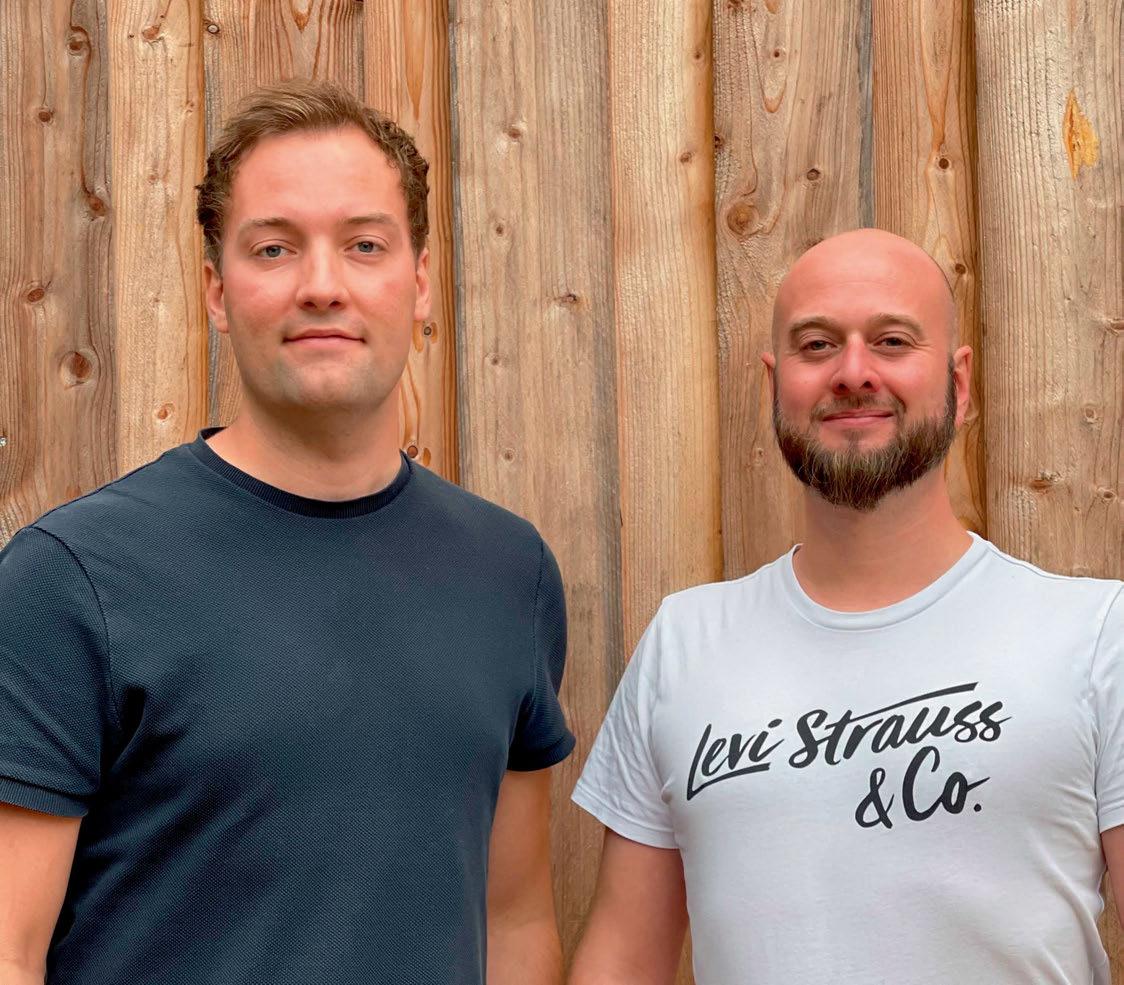 KLANG:technologies’ Markus Pesch and Phil Kamp look to the future of immersive and spatial audio for in-ear monitors. 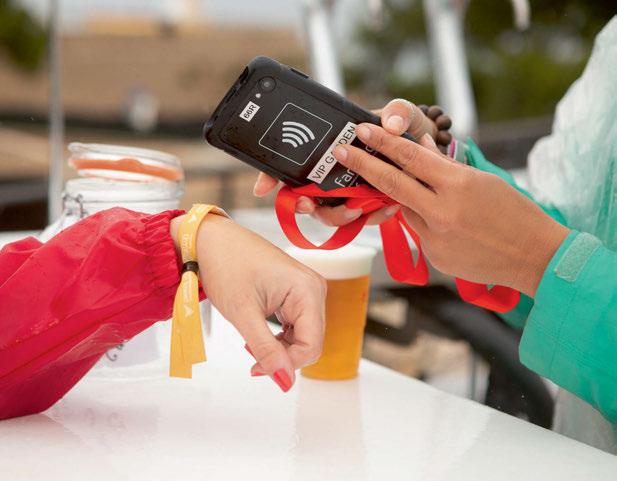 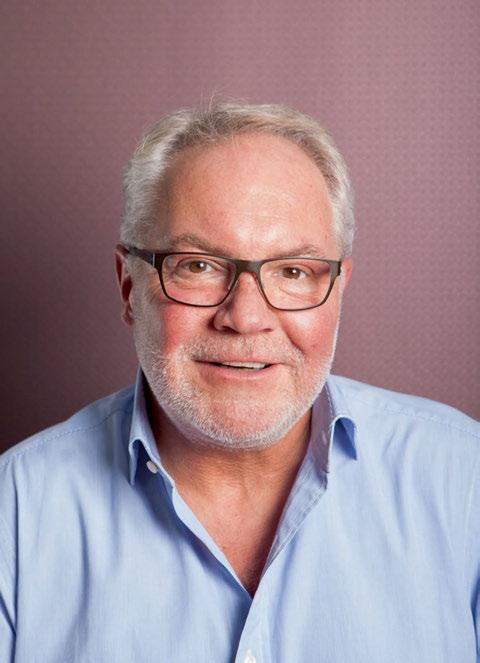 PSA’s Dave Keighley gives his take on the UK government’s easing of restrictions. 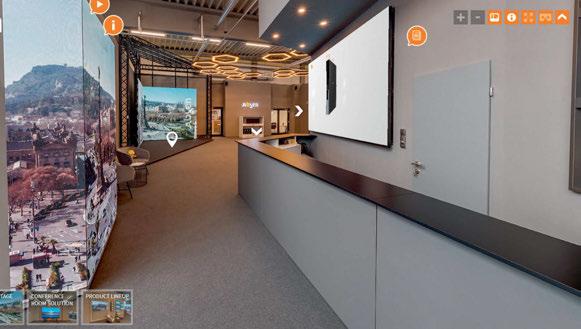 The latest movers and shakers 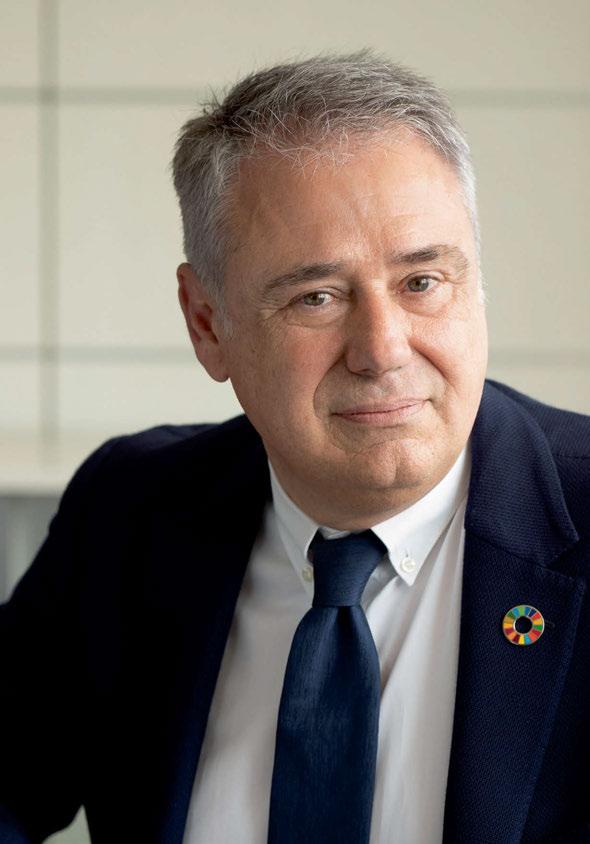