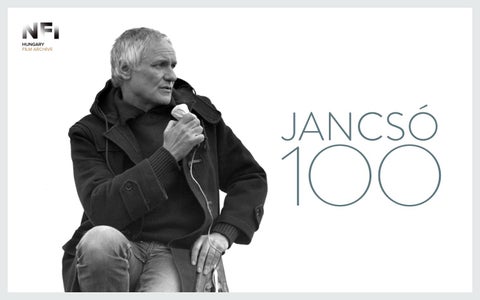 His approach was fundamentally determined by his roots and the vicissitudes he experienced as a youth. He was raised in a mixed Romanian-Transylvanian large family, his Szekler father was sentenced to death in absentia, which is why the family resettled in Hungary during the First World War. As a law student, he was permitted to study in Cluj-Napoca. During the Second World War he was taken prisoner. From 1945 he danced in Elemér Muharay’s folk dance ensemble, he recited prose and he joined the NÉKOSZ youth movement. In 1951 he graduated from the faculty of film directing of the Academy of Drama and Film. During the first half of the 1950s, as a reporter he shot documentaries, reports and newsreels. He was working in China when the uprising of 1956 broke out. Following this he made a few documentaries with unique visuality and an artistic subject matter. His debut feature film was A harangok Rómába mentek (The Bells Have Gone to Rome, 1958). In 1959 he became a member of the re-established Budapest Film Studio and he began working with the writer Gyula Hernádi. This creative partnership defined their entire careers and continued right up until the death of Hernádi in 2005. Other close colleagues included cinematographers Tamás Somló, János Kende and Ferenc Grunwalsky, as well as stage and costume designer Tamás Banovich. Jancsó’s originality became evident in his third film, Oldás és kötés (Cantata, 1963). This confessional work advancing the Hungarian New Wave and encapsulating the generational atmosphere of the period combines – in a unique manner – questions of folk tradition and modernization in the footsteps of the legacy of Béla Bartók, the greatest Hungarian composer. The film features the alienation of the intellectual protagonist and the thriving cultural life of Budapest, contrasted with visions of the puszta (Hungarian plain) in milieus inspired by Michelangelo Antonioni and in carefully choreographed long takes. In his film Így jöttem (My Way Home, 1964) based on his own experiences as a POW – although here from a psychological point of view – the ‘Jancsó’ philosophy of existence is expounded: the struggle for freedom and the vulnerability of human life, the battle with the demons of history and violence.

With Szegénylegények (The Round-Up, 1965), Jancsó became an innovator – outstanding even in international terms – of the expressive modality of film. Behind the 19th century tale of outlaws he describes the manipulative techniques of authority. Visual motifs were a part of his unique style: characteristically long, choreographed takes that became the descriptive tools of the spatially displayed history, the puszta as a symbol of the Hungarian landscape, the fortification with barbaric pits reminiscent of Turkish prisons where prisoners were held, nudity as a symbol of vulnerability, a unique rhythmic camera motion and individualized choreography of crowd movements. The Round-Up generated global acclaim: in Locarno it was awarded the prize of international film critics (FIPRESCI) and London’s film critics voted it the best foreign film of the year (1967). The parable-like attitude, form and style of The Round-Up determined the abstract thought process of works by Jancsó until the 1980s. Csillagosok, katonák (The Red and the White, 1967) examines the Russian civil war, Csend és kiáltás (Silence and Cry, 1968) the world of the civil guard after 1919, Fényes szelek (Confrontation, 1968) that came out of the 1968 ideal looks at the NÉKOSZ movement, Sirokkó (Winter Sirocco, 1969) the Croatian Ustaša nationalist movement, Égi bárány (Agnus Dei, 1970) the collapse of the Hungarian Soviet Republic, Még kér a nép (Red Psalm, 1971) the agrarian socialist movements of the late 19th century, Szerelmem, Elektra (Electra, My Love, 1974) is a Greek tragedy, and the unfinished Vitam et sanguinem (Hungarian Rhapsody and Allegro Barbaro, 1978) follows the life of Endre Bajcsy-Zsilinszky. Red Psalm was an international success on a par with The Round-Up; it won the best director prize at Cannes in 1972. Jancsó lived and directed in Rome between 1970-74. He directed La pacifista (1971), Technica e il rito (1972), Roma rivuole cesare (1973) and Private Vices, Public Virtues (1978) in Italian-French productions. During the 1970s he also directed ground-breaking stage plays (25. Theatre, Népszínház, Katona József Theatre, Kecskemét).

The film A zsarnok szíve, avagy Boccaccio Magyarországon (The Tyrant’s Hearth) shot in 1981, marked a dramatic turnaround in his career. The Renaissance story (an endless chain of intrigues) set in enclosed, theatrical spaces instead of the wide open puszta is no longer a specific historical parable but instead a formulation of chaos, total uncertainty. Camera movements only serve to reinforce this sense: they are not fixed but describe complete, 360-degree circles. Szörnyek évadja (Season of Monsters, 1986) layers different fairy tale elements on top of each other to result in an absurd male amusement, a horror story and an atmosphere of Armageddon when Satan and the Son of God visit Earth. Jancsó and Kende set up a video monitor to the focus of the camera giving a different viewpoint on events occurring in the film. Starting from the film Jézus Krisztus horoszkópja (Jesus Christ’s Horoscope, 1988) made at the time of the change of regime, an entire chain of cameras and monitors were integrated into the picture, thus enhancing the complete relativity of the concept of historical time. From this moment, Jancsó films are no longer absurd, journalistic, nightmarish formulations in an urban space of history, but of the eternally present. Isten hátrafelé megy (God Walks Backwards, 1990) and Kék Duna keringő (Blue Danube Waltz, 1991) are chronicles of political murders: in the former Gorbachev, and in the latter the Hungarian prime minister are murdered. These apocalyptic films were followed by even more cynical and bitter images of the present, in which fundamentally there is no longer a philosophy, only utter despair: the present is about not being able to believe in any idea. Nekem lámpást adott az Úr kezembe Pesten (The Lord’s Lantern in Budapest, 1998), Anyád! A szúnyogok (Mother! The Mosquitoes, 1999,) Kelj fel komám, ne aludjál (Wake Up Mate, Don’t You Sleep! 2002), Oda az igazság (So much for Justice, 2010).

His works engaged with the history of the Jewry represented a small but significant part of his oeuvre: Jelenlét (Presence), a vision of the derelict synagogue of Olaszliszka and Bodrogkeresztúr cemetery, is a three-part, 30-minute short he worked on for 20 years (1965-86). He directed only one film the screenplay of which was not written by Gyula Hernádi: based on the work of the same title by Elie Wiesel and in a French-Israeli production, he himself wrote and directed Hajnal (Dawn, 1986), which relates the struggles finally leading to the establishment of the Jewish state. Jancsó was made an honorary university professor of the Academy of Drama and Film in 1988. Between 1990-92 he taught at Harvard University in America. He took part in the activities of the European Film Academy from its inception. His work was recognized with the Balázs Béla Prize in 1966, the Kossuth Prize in 1973 and again in 2006, and the title Artist of Merit in 1980. He received lifetime achievement awards at Cannes in 1979, Venice in 1990, and at the Hungarian film review in 1994. In 2004 he became a Hungarian Master of Motion Picture.

The young surgeon is served an unusual lesson by his retired professor, portrayed as ‘historical relic’, who proves his perseverance, knowledge and humanity by conducting especially difficult heart surgery and bringing a patient back to life. This confessional film advancing the Hungarian New Wave and encapsulating the generational atmosphere of the period combines – in a unique manner – questions of folk tradition and modernization in the footsteps of the legacy of Béla Bartók, the greatest Hungarian composer. The film features the alienation of the intellectual protagonist and the thriving cultural life of Budapest, contrasted with visions of the puszta (Hungarian plain) in milieus inspired by Michelangelo Antonioni and in carefully choreographed long takes.

The film depicts a camp full of prisoners after a defeated revolution. The prison staff try to identify the rebels and find out if a chief rebel is among them using various means of mental and physical torture and trickery. In The Round-Up, the contemporary viewer had an opportunity to learn about the reprisals that followed the 1956 Revolution. On the spectacular stage that is the Puszta, the camera tracks the protagonists (also performing involved movements) with long, complicated movements, thus illustrating the inscrutable, manipulative nature of the functioning of authority. Many (including Martin Scorsese) consider The Round-Up as a true classic of world cinema. It was selected to be screened in the Cannes Classics section of the 2015 Cannes Film Festival.

THE RED AND THE WHITE

The story of the film takes place in 1918 on Soviet territory and reveals the murderous clashes between Red troops and the overwhelming White guards. The commander of the Hungarian volunteers stationed in the monastery at Ipatyev prepares for the execution of White prisoners, but in a few minutes, it is the Whites who begin a terrible slaughter over his corpse. Only a couple of Hungarians, László and his boss István, escape. This beautiful black and white by Jancsó dissects with surgical precision the mechanisms at work behind every war. The film was commissioned by the Soviet Union for the 50th anniversary of the 1917 revolution but Jancsó’s version has never been screened in Russian movie theatres. It was listed to compete in Cannes, but the festival was cancelled due to the events of May 1968 in Paris.

Set in 1947, the Communist Party has just taken power in Hungary. Young communist students at a People’s College have a debate with Catholic seminary students, but worry it will escalate into a fight. The leader of the young communists believes in the power of debate, but the radicals replace him and then dismiss the new leadership as well. Jancsó’s first colour film raises questions of democracy and power.

1934. Croatian separatists, supported by Hungary, seek Croatia’s independence from Yugoslavia. Shortly before the assassination of Yugoslavia’s King Alexander in Marseilles, Marko Lazar is among a band of these separatists. Marko’s youth is dissolving into his mortality, his idealism marking him for his end. The film consists largely of fluid long takes amongst twelve shots. The camera is in a series of sweeping motions: Jancsó communicates the abstract conflict between the idealists and the reality.

This allegory begins in 1919 around the time of the collapse of the Republic of Councils (‘Red terror’). The Reds are holding an obsessed priest captive, then they release him fearing the wrath of religious peasants. The priest and his friend kill a Red soldier and then, after the overwhelming victory of the Whites, they become ideologues of White terror. With the figure of priests based on living persons, Jancsó modelled how the church is able to manipulate the masses by proclaiming extreme views. The figure of violinist Daniel Olbrychski was written into the film while shooting was actually underway. Through him, the film becomes a ritual, choreographed vision. This is the first Jancsó film that builds not on the geometry of the Puszta but instead the hilly, soft folds of the Káli Basin.

The film, which has a structure like a passion play, honours the agrarian Socialist movements of the end of the last century, at the same time conveying a historical philosophical critique of the Socialist ideas. Stylised dance with collective choreography depicts the fight of those answering terror with violence: the fight between oppressors and the downtrodden. Harvesters are going on strike. The bailiff sets fire to wheat sacks to intimidate them. The new-come armed units conquer the harvesters in gunfire. 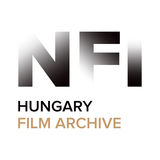