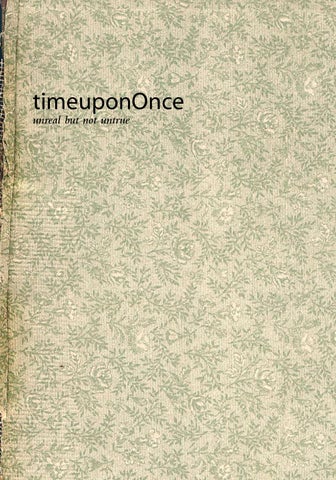 timeuponOnce unreal but not untrue

timeuponOnce unreal but not untrue

We gather an EveryWomanâ&amp;#x20AC;&amp;#x2122;s Tale from fragments. Through attention, these random fragments grow precious: raw material drawn from our work, visual scraps, memories of stories we heard as children, recollected dreams, disembodied images...

“In the old times, when it was still of some use to wish for the thing one wanted...” — Brothers Grimm

“The point of all stories is the getting of wisdom...” — Jane Yolen

for your sake burning, love Tied to the stake, the old crone swore: I shall be burnt, for I am quite done! &amp; weary of this fire which partly deadens &amp; partly darkens the eyes &amp; hearts of heartsick girls who stand too near the hearth, like Aschenputtel, or run too late from flame.” She warned “you’ll be burnt too, when he’s quite done with you.”Yet desire was tempting to the crone; she could not shun even the tongue which flickered, licked her logpile, and danced in fits-&amp;-starts... In an earlier era, already I’d have burned alive for what I’ve done in the name of fire — “for your sake burning, love. What is dark to the eye is bright to the heart.” [KMH]

“Poetry must be made by all, not one.” — Compte de Lautremont

Three first-born daughters weave fragments of image and text into new garments that may or may not fit the body of any woman, from any land, in any time... [RJA] Why did I insist on setting up such ridiculously stringent rules for myself? — “find 3-word fragments from Grimm’s Fairy Tales to place in middle of each line of triolet, then add words before and after” — an impossible task! But isn’t that what fairy tales are about? Impossible tasks? [PDH] Fairy tales? They led me astray. They made me hopeful. [KMH]

the woodcutter’s second wife Bottom line: they weren’t mine. Never had any — considering my history with men, I’m careful that way — but then I met that heartwood logger, Hansel, and went all wood inside, couldn’t help it: I fell hard, blind as grubs under bark. I told myself the bed was loaded — a package deal — that awful day he asked, and I assented. At the root, I knew how far he’d go to lose the kids, but the way Hansel looked in workboots and torn jeans made clear thoughts stall, a chainsaw low on gas. They siphoned off his love for me like willow roots, forcing their way through cistern walls, resented. But I admit only complicity. I rode along when Hansel drove his rig as deep as the dark road lasted, then walked his own flesh deeper — the way he told it later, we’d cut more wood than we could carry. Bottom line: we left two logs to rot, small ones. Couldn’t help it. [KMH]

“It is only when you finish eating and, drowsy and grateful, take off your shoes, that the ax falls ... or the witch locks the door from the outside and throws away the key....” — Lisel Mueller, “The Voice of the Traveler Who Escaped”

the old woman She looked in her mirror and saw herself turned into an old woman with hair of gold: “Of what use to me is this shimmering hair when my body hasn’t learned to accept its wrinkles and let them be?” Then the woman ate yogurt, turned back to a lass. Now once again she was totally free to dance and bicycle and lounge in the grass, go climbing high mountains into the clouds, where at last she was purged of all that was crass, where at last she escaped from the city’s crowds. But soon she fell into grief and fear. “What shall I do?” She sat a long while on the mountain top, head bowed, And then she arose, “Surely I’ll think of something new,” while swirling around, her life’s fragments blew... [PDH]

ever after Do you still believe in happy endings? asked the boat leaving shore without you, already distant as the last page of a story you were intending to read, still intending to believe.... For happy endings, the heart must drift far out without a compass, uncharted through high seas, bad weather [ : recall here how a boat floating one has better odds than a boat burdened down with two...]. So â&amp;#x20AC;&amp;#x201D; you still believe in happy endings? Ask the boat leaving shore without you. [KMH]

footnotes “The word triolet is pretty, like a flower, resembling the violet in looks, but pronounced “TREE-o-LAY.’ The “tri” (meaning “three”) refers to the fact that the opening line occurs three times in this form. The triolet is an eight-line poem with two rhymes and two repeating lines.” (Handbook of Poetic Forms. Ron Padgett, Editor. Teachers &amp; Writers Collaborative, NY: 1987).  2 “Game of folded paper which consists in having several people compose… a drawing collectively, none of the participants having any idea of the nature of the preceding contribution or contributions.” (The Return of the Cadavre Exquis. The Drawing Center, NY: 1993). 1.

Time Upon Once: unreal but not untrue, by Kathleen M. Heideman, Rebecca J. Alm & Phebe D. Hanson (Minnesota Center for Book Arts, Minneapolis, MN). Time Upon Once features a folio of nine original triolet poems (Heideman, Alm, Hanson), and original collaborative drawings of fairy tale composite characters, created in the “exquisite corpse” style popularized by the Surrealists. This collaborative artists' book was published with the support of a Minnesota Center for Book Arts Fellowship from the Jerome Foundation (2000-2001). Full color fine arts edition of 500; Adobe InDesign layout and prepress by Heideman; printed and bound by Cooperative Printing of MN, with revealed-spine stitch Smythe-style binding. 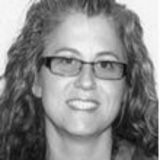