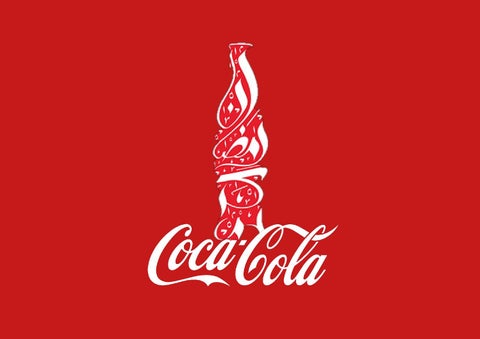 OUR HERITAGE OUR LOGO OUR BRAND PLATFORM OUR CONSUMER

OUR PRODUCTS OUR BRAND POSITIONING OUR BRANDING GUIDELINES OUR COMMUNICATION GUIDILNES

OUR BEGINNING Coca-Cola is the worldâ&#x20AC;&#x2122;s favourite soft drink and has been enjoyed and loved since1886. Originally intended as a patent medicine when invented in the late 19th century by Dr John Pemberton, Coca-Cola was bought out by businessman Asa Griggs Candler, whose marketing tactics led Coke to its world dominance of the soft drinks market. He transformed Coca-Cola from an invention into a business. Today it is the universal symbol of happiness, brining smiles to all our customers, one coke at a time.

1800’s John Pemberton one afternoon in 1886 out of curiosity created a fragrant, caramel coloured liquid that was taken to a local pharmacy and was combined with carbonated water. Pemberton’s book keeper, Frank Robinson named the mixture Coca-Cola, and by hand created its distinctive script. Soon after, Atlanta businessman Asa Griggs Candler secured business rights and became Coca-Cola’s first president, who brought real vision and life to the brand. He transformed Coca-Cola from an invention into a business.

1900-1940 The company decided to create distinctive and recognisable bottle shapes to assure customers they were definitely buying Coca-Cola, to stop confusion over similar beverages. Manufacturing began in 1916. As Coca-Cola moved forward into the new century, the company boomed and moved into several countries. In 1923 a marketing genius Robert Woodruff became company president. He led the expansion of Coca-Cola over seas and in 1928 travelled with the US team to the Amsterdam Olympic games.

1940-1980 World war II began in 1941. Woodruff ordered that ‘every man in a uniform gets a bottle of Coca -Cola for five cents, wherever he is and whatever it costs the company’. From 1945-1960, the number of countries with bottling operations doubled. Coca-Cola was a big part of the post war carefree, fun Amercan lifestyle. Every year it seemed the company found a home in more and more countires such as Cambodia, Macau and Turkey. Advertising for Coca Cola really took off in the 70’s that reflected a fun, friendly brand who are about having a good time.

The 80’s was a time of real change and innovation for us due to the rise of the fitness craze. In 1981, Roberto C Goizueta became chairman of the board directors and CEO of the Coca-Cola Company and organised the US bottling operations into a new public company, Coca-Cola Enterprises Inc. Soon after, the Diet Coke was born and in just two years it became the top low calorie drink in the world, with Coca Cola being the first. Coca-Cola continued to grow and grow in the 90’s . The brands association with sports went from strength to strenth , with continued support from the Olymics, FIFA World Cup, the Rugby World Cup and NBA. By 1997, Coca-Cola already sold one billion servings of its products every day and yet we always continue to look for growth.

We moved into another century wanting to achieve even more. This is shown in 2009 when the company launched ‘Live Positively’, a public commitment to making a positive difference in the world of redesigning the way in which we operate and live in order to increase sustainability. The company has continued to build on existing relationships with global sporting events, like helping prepare for the London 2012 Olympic Games. Over these many years, Coca-Cola has grown to be one of the worlds most well known brands with more than 1.6 billion beverages sold each day. It’s hard to believe that only 9 bottles were sold back in the day, when it all began.

Our distinctive logo is recognised all over the world on Coca‑Cola adverts, bottles and cans. Frank M. Robinson, suggested the name Coca‑Cola, thinking that ‘the two Cs would look well in advertising’. He wanted to create a unique logo to go with it. Although our logo has undergone several changes over the years, we have still kept the iconic and distinctive Spencerian Script.

OUR MI SSI ON

To crea te value and make a diffe rence…

PEOPLE Be a great place to work where people are inspired to be the best they can be.

Bring to the world a quality beverage brand that anticipate and satisfy peopleâ&#x20AC;&#x2122;s desires and needs.

Maximizing return to shareholders, while being mindful of our overall responsibilities.

PLANET Being a responsible global citizen that makes a difference.

PRODUCTIVITY Be a highly effective, lean and fast-moving organisation.

EVERYONE. As a brand, we donâ&#x20AC;&#x2122;t target a specific segment of the market; we focus on reaching out to different types of consumers and age groups through different marketing strategies and developing new products. We target all age groups but our most popular audience are young adults, aged 15-30. A fun, outgoing individual with an active lifestyle.

For The Believers. The Dreamers. The Spirited. In all of us.

OUR BRAND P OSITIONING Coca cola is highly positioned within the soft drinks market. We use strategic positioning in order to maintain a strong brand image. Our unique selling point is due to our successful brand recognition and strong brand loyalty with our consumers, and as a brand we are identifiable worldwide. Our logo is identifiable by a whopping percentage of the worlds population.

The Coca-Cola Spencerian Script is the primary asset for our brand and the preferred logo type to represent it. Iconic, elegant and dynamic, the Script is the brands most consistently used element along side the Coke red.

The trademark “Coke” is an abbreviation for Coca-Cola. However before using the Coke logo remember that the classic Spencreian Script is the primary asset for our brand and the preferred logo type to represent it.

Named after the designer Elizabeth Arden, who also created the Dynamic Ribbon. Introduced to the public in 1969. The Arden Square is a combination of three distinctive elements to Coca-Cola: The Spencerian Script, Dynamic Ribbon and Coke red.

The trademark “Coke” is an abbreviation for Coca-Cola. However before using the Coke logo remember that the classic Spencreian Script is the primary asset for our brand and the preferred logo type to represent it.

CONTOUR BOTTLE Designed in 1915, the contour bottle symbolises Coca-Cola at a glance. The bottle has such universal recognition that it is second in the world to one other iconic trademark: the Coca-Cola script.

DYNAMIC RIBBON DEVICE The DRB - often called the “Coke wave” was introduced to the public in 1970 as part of a new look for Coca-Cola. The idea behind the design was a representation of the space between two Coca-Cola bottles situated side by side.

Must appear in all executions in some form: background, Contour bottle, symbol etc. It must always be the dominant.

Use it generously to create dynamic white space that empowers the Coke Red communication, keeping it fresh, bold and surprising.

As a brand we strongly believe in connecting with our consumers. There are many ways in which we do this. Our website is constantly updated from the latest news from across our organisation being crafted into engaging stories using words, photography, video, illustration and interactive functionality. We aim to further optimise and distribute content on to other digital platforms, including Twitter, Facebook and YouTube. Weâ&#x20AC;&#x2122;ve built relationships with influential bloggers and communities, involving them in the planning and creation of content for the Coca-Cola website.

From us, to you. Coca-Cola 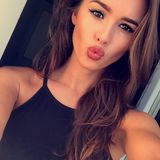