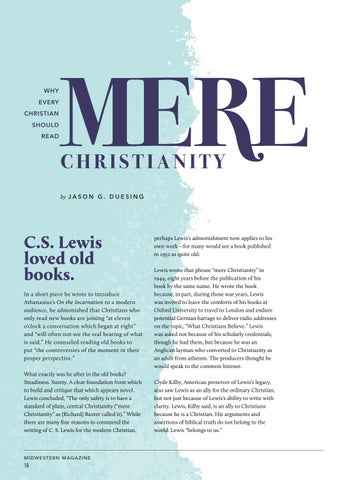 WHY EVERY CHRISTIAN SHOULD READ

C.S. Lewis loved old books. In a short piece he wrote to introduce Athanasius’s On the Incarnation to a modern audience, he admonished that Christians who only read new books are joining “at eleven o’clock a conversation which began at eight” and “will often not see the real bearing of what is said.” He counseled reading old books to put “the controversies of the moment in their proper perspective.” What exactly was he after in the old books? Steadiness. Surety. A clear foundation from which to build and critique that which appears novel. Lewis concluded, “The only safety is to have a standard of plain, central Christianity (“mere Christianity” as [Richard] Baxter called it).” While there are many fine reasons to commend the writing of C. S. Lewis for the modern Christian,

perhaps Lewis’s admonishment now applies to his own work—for many would see a book published in 1952 as quite old. Lewis wrote that phrase “mere Christianity” in 1944, eight years before the publication of his book by the same name. He wrote the book because, in part, during those war years, Lewis was invited to leave the comforts of his books at Oxford University to travel to London and endure potential German barrage to deliver radio addresses on the topic, “What Christians Believe.” Lewis was asked not because of his scholarly credentials, though he had them, but because he was an Anglican layman who converted to Christianity as an adult from atheism. The producers thought he would speak to the common listener. Clyde Kilby, American preserver of Lewis’s legacy, also saw Lewis as an ally for the ordinary Christian, but not just because of Lewis’s ability to write with clarity. Lewis, Kilby said, is an ally to Christians because he is a Christian. His arguments and assertions of biblical truth do not belong to the world. Lewis “belongs to us.” 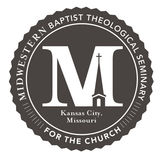