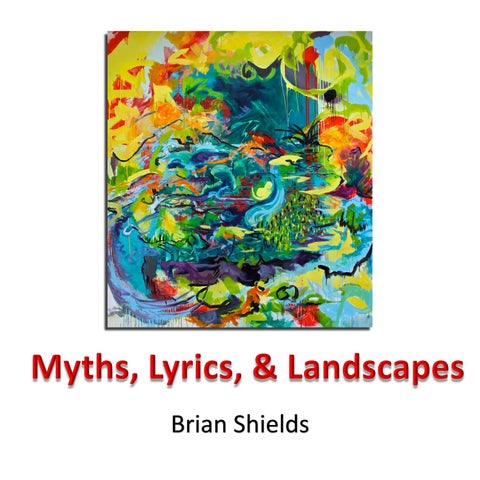 We are excited to present a substantial body of large-scale paintings by Brian Shields. Shields’ work is deeply rooted in the landscape, paying homage to history and yet remaining distinctly identifiable as his own. Brian’s emotive gestures layer with rhythmic mark making to convey fantastical narratives. His deft use of color captures each shared moment in place and time; true for all of his work, this is especially evident in the monumental series, “Four Seasons.” Brian Shields’ work defies clear classification. Certainly, they are abstracted landscapes; however, the mix of narrative passages, explosive movements, and color fields build each painting to its own lyrical conclusion. They are complete with mythos of the past, reality of the landscape, and imagination for the future. Mike McClung &amp; Warren Campbell

Born and raised in a mulQ-lingual internaQonal family in Barcelona, Spain, Brian Shields was educated in London, Paris and New York. He entered the American University in Paris at the age of sixteen, and transferred to Hofstra University in New York -- graduaQng with a BA in Art History and minors in studio arts and philosophy. AXer graduaQng Shields taught ceramics, photography, theater arts, and art history at ManhaZanville Community Centers in Harlem, New York. From NY he moved to teach art in the village of San Luis, Colorado, and was hired by Teacher Corps at Adams State Community College in Alamosa, Colorado to train teachers in four neighboring school districts in how to integrate the arts into their curriculum. Reflecting on those early years in the Upper Rio Grande Shields says, “the three years I spent in San Luis were as formative for my future art career as my time in Paris and New York combined. The open skies and expansive mountains and rivers became my teachers as I learned how to live and produce off the land. Creativity became a state of being in my surroundings and I was inspired by Andrew Maslow’s humanistic philosophy that our lives are our greatest work of art.” Shields then moved to Taos where he built his home and for the next 15 years guided and outfitted year-round wilderness expeditions throughout the southern Rocky Mountain region. All along, he kept up a practice of painting and photography. Then in 1989 he 760 Santa Fe Drive ・Denver, CO 80204 ・303-635-6255 ・www.michaelwarrencontemporary.com

returned to New York City for two years and studied under Philip Sherrod at the New York Art Students League. He moved back to Taos in 1991 to help establish and direct Amigos Bravos, Because Water Matters, a nationally recognized prize winning environmental and social justice advocacy organization for the protection of New Mexico’s waters. In February 2015, Shields stepped down from Amigos Bravos in order to dedicate himself to a full-time painting practice. That spring, during a highly successful solo show at the Bareiss Gallery, he was diagnosed with cancer at the base of the tongue. Upon returning to Taos after medical treatments, he expanded his studio to better accommodate largescale canvases. As a practicing artist, art historian, social activist, environmentalist, and the executive director of a highly successful statewide non-profit advocacy organization, Brian Shields developed a clear understanding of the ebb and flow of the creative process and what is needed to nurture and further creative expression and growth. Shields lives and collaborates on painting projects with his wife, the poet Sawnie Morris in Taos, NM, and spends two months a year in Sant Feliu de Guixols, Spain. He is working concurrently on three distinct bodies of work – Zen-inspired ink paintings on paper, muralsized abstract landscapes, and expansive idiosyncratic oil paintings on canvas. Shields exhibits in Taos, Denver, Los Angeles, and Barcelona, Spain.

Brian Shields in his studio

Myths, Lyrics, and Landscapes is Brian Shields’ first solo show in Denver and features contemporary abstract paintings and works on paper created in Taos (NM), Los Angeles (CA), and Sant Feliu de Guixols (Spain). Formerly an outdoor wilderness guide and professional environmental activist, Brian Shields’ life and work is an exploration and expression of human interaction with the natural world—from the Mediterranean of his roots to the Rocky Mountains of his chosen home. The poet and critic Calvin Bedient has said of Shields’ paintings, “they give the illusion of an eternal way of seeing landscape as poetry. Shields sides with transitivity and marginality, with weeds against gardens. He has a positive, Thoreauvian feeling for wilderness.” At Michael Warren Contemporary viewers encounter large scale canvasses in oil, graphite, and ink, with a highlight on Shields’ four seasons series, including “Winter Feathers.” The painting reads like the explosion of a diamond, of scintillating light amid swaths of mauve and unexpected emerald and ultramarine, jousting among cloud paths deep in a forest. It radiates joy, which can be said of most of Shields’ works. (Indeed, the painting was inspired during a drought year when Shields woke to a change in the weather.) “Summer” is richly saturated in the colors of a tropical lagoon, suggesting schools of ascending fish, the onyx outline of a mountain, pools of jade, lemony rosettes, and outrageous peony red delivered with such an exuberance of brushwork, of folds and layering and auriculate scribbles, as to push the viewer beyond the visual into the aural. Every sense is engaged. The earth’s ear is listening. Etched into many of the paintings are bits of linguistic mystery that could be logogram or cuneiform. We want to know their meanings, yet we do not, and in not knowing we find ourselves in a location ancient yet viscerally immediate. Creatures evoking birds appear such as one might see on an Egyptian stele; the translation isn’t exact, 760 Santa Fe Drive ・Denver, CO 80204 ・303-635-6255 ・www.michaelwarrencontemporary.com

yet it’s authenQc, as though Shields has reached into the same creaQve mixing pot as the original arQsts and brought forth his own species, recognizable, but beyond taxonomy. In a painQng Qtled “Bear” we witness a magniﬁcent spin and counter-spin of blueblack brushwork against an otherwise white canvas (the canvases are enormous, literally larger than life). Claws appear to whirl in such a cacophony of acQon as to resemble great sweeping feathers, as though a bear and a great mythological bird are wrestling and are so consumed in the violence and marriage of the encounter that they become indecipherable as individuals. Pieces of surrounding landscape appear as though glimpsed through the peripheral vision of the contending creatures: grass, the scrawl of a graphite thicket, markings resembling cages, a stretched brown hide. The image is numinous. Primal. The meat and the ghost. Though wilderness landscapes predominate the show, the urbanscape emerges in a parallel reality. In “Nektar,” an imposing, though not unwelcoming canyon wall is lineated in rust and amber crayon, and topped by toothy cliﬀs. The painQng also reads as city, the buZresses of a high rise topped by yellow sky and a child’s drawing of a spiraling grass-colored sun. Likewise, Shields’ small scale, highly polished, black and white triptych Qtled, “Concierto” might read as landscape or as the deck of a seaborne vessel, spectral with blossoms, underscores, featherings of alizarin crimson, a picket fence, a tumult of waves, all over-scored by Miro-like ink swirls – as though an orchestral conductor had leX the trace of their gestures. In the most gliZering of the painQngs, Shields references not music but mythology, speciﬁcally the Homeric Odyssey, in what is as much a nod to Cy Twombly’s FiPy Days at Illiam as to the epic penned by the Greek poet. Where Twombly concerns himself 760 Santa Fe Drive ・Denver, CO 80204 ・303-635-6255 ・www.michaelwarrencontemporary.com

with the heroes embaZled at Troy, Shields turns his vision to Odysseus’ journey home. In “Calypso’s Cave,” we witness not the female ﬁgure of the goddess, but a luminous spillage of saturated pigment from what reads as the cave’s obsidian interior, as though to say not the human form, but the earth herself is immortal. Ruby, sapphire, emerald, agate, and carnelian dazzle forth. A brilliantly colored mandala appears to burst from the center of the painting. Foregrounded are biomorphic shapes suggesting sheep knuckles or cowrie shells from an ancient game of chance. Rushing toward the mouth of the cave we see what appears to be a happy torrent of wave foam in lively greys and mauves. Paired with an untitled painting to the right, “wave foam” turns voluminous mist and reverses direction to rise from the cave and drift into the second painting. In the receiving canvas, mountains in penciled silhouette hover above a field smudged, blocked, and crosshatched with highly abstracted patterns of geomorphic possibility. As though it is the imagination, after all, that was released from that cave and is boldly emerging to explore and play. Blossoms, snakes, caves, wild marshes with two thousand cranes lifting in glorious epiphany –– the paintings emit that kind of energy. As though if we could see, really see nature in the fourth dimension, this is what it would look like.

Brian Shields in his studio

all photography was taken by Brian Shields unless otherwise noted.

We are excited to present a substantial body of large-scale oil paintings by New Mexico-based artist Brian Shields. Shields’ work is deeply rooted in the landscape, paying homage to history and yet remaining distinctly identifiable as his own. Brian’s emotive gestures layer with rhythmic mark making to convey fantastical narratives. His deft use of color captures each shared moment in place and time. 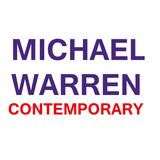