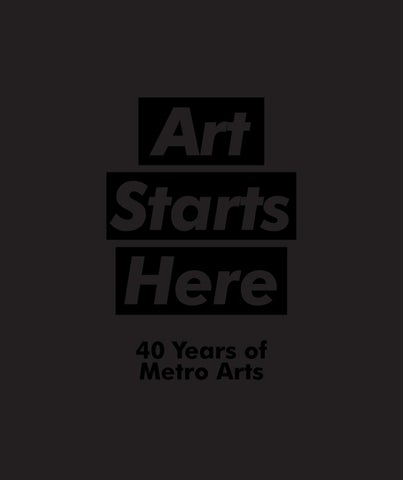 First published in 2020 by Metro Arts. 111 Boundary St, West End, Queensland 4101 Australia. metroarts.com.au Copyright © Zenobia Frost (ed.) 2020. Copyright © in individual works remains with the authors. The moral rights of the authors have been asserted. Typeset in Futura Designed and typeset by Sean Dowling and Ashleigh Jacobsen Printed and bound by ACS Print Group, Brisbane, Queensland A catalogue record for this book is available from the National Library of Australia. 978-0-646-82289-1 paperback This book is copyright. Apart from any fair dealing for the purposes of research, criticism, study, review or otherwise permitted under the Copyright Act, no part of this book may be reproduced by any process without permission. Enquiries should be addressed to Metro Arts.

Acknowledgment of country We acknowledge the traditional custodians of the land on which we work: the Turrbal and Jagera people. We pay our respects to their Elders past, present, and emerging. We honour the Aboriginal and Torres Strait Islander people – the First Australians – whose lands, winds and waters we all now share, and their ancient and enduring cultures. This country was home to storytelling long before our company began sharing our stories. We engage with Aboriginal and Torres Strait Islander peoples, supporting their right to self-determine artistic identity, and are committed to collaborating with artists and emerging talent, creating welcome for all audiences and delivering authentic community engagement.

Vernon Ah Kee: If I was White

From the editor: Zenobia Frost

To the doubters: Wesley Enoch

Getting stuck in: The lift

Where it all began

Build it and they will come: Robert Hughes

Baran Theatre: Vis and Ramin and Tower of Babel

A love letter to the past

From the chair: Michael Cottier

The situation was dire: Edwin Relf

So much character: Amy-Clare McCarthy

Where art starts next

It takes a village

Welcome to a new era... Jo Thomas Everything dies. From goldfish to grandparents. Sometimes organisations, programs, companies, ways of being and behaving have to stop. To die. In order to truly shake the status quo, to renew and start again. Metro Arts is an incredible organisation with a startling, surprising history that over and over again showcases the passion, ingenuity, cheekiness and strength of all involved. And as you will see in these wonderful pages to follow, there have been many involved in creating this imperfect creature called Metro Arts. All of you are to be honoured as contributing to the enormous wealth of art in Brisbane. There is true legacy here. A record of the stories of the past and also the pathways to guide us into the future. New beginnings.

‘Art starts here’ at Metro because we are focused on the opportunity for artists to try something new and to experiment. We foster contemporary art and independent contemporary artists because we believe in experimentation. You don’t discover the new unless you’re willing to challenge the old; you can’t see what’s over the hill by simply standing still. Brave new futures require experimentation and exploration, to try and fail, to try and perhaps succeed. In even more startling and surprising and sparkling ways.

From the editor Zenobia Frost 109 Edward Street is as much a maze as a palimpsest. It’s been home to pots and pans, boxes of biscuits and cartfuls of ballot papers. Studio walls appear and vanish faster than Demo Day on Fixer Upper. Its rooms, like artworks, have multiple ways in, out and through. On the level that was once the Immigration Department, artists have created multilingual works. In the former drug squad HQ, ‘art’ has become indistinguishable from ‘party’. In the old Electoral Office, artists have voted again and again for their community – with their time, energy, resources and (when available) money. Like many in Brisbane, I’ve performed in this building, and I’ve seen work that’s fundamentally changed me – as a person, as a writer or both. I’ve had (how many?) ciders at The Verve. The very first show I reviewed for Rave Magazine was The Timely Death of Victor Blott, in the Sue Benner Theatre. I’ve hidden in corners in this place to feel alone and connected all at once.

To work on this project – to explore the emptying building, to speak with its artists and advocates, to Zyrtec my way through the extensive archives – has been a privilege and a dream. I have been a kid in the candy shop of Brisbane history. 109 Edward Street was Metro Arts’ home for four decades – and it offers layers of story that peel back year by year and allow us to gaze into the future. It was many things before it was Metro – not least, and always, unceded Jagera and Turrbal land. And it has many more lives in it yet. To inhabit a place – to make community there – is to grow muscle memory. I’m sure many of Metro’s tenants could, blindfolded, walk you straight to their studio or office, whether from 2019 or 1979. Relentless leaks, endless stairs and sloping floors – these quirks were comforting in that they were constant, reliable. To have been trapped in the Metro lift is to truly have lived in Brisbane. To be at 109 Edward Street wasn’t just to make art. It was to make mistakes, to mend and to make do.

Artist Stephen Nothling has an easel made out of pieces of 109 Edward Street. If you’ve worked, wandered, witnessed – or lived – in that building, a part of you is made of Metro. You’ve become fortified and iridescent. No record can capture every moment – every coffee shared, every spark ignited, every alliance formed, every risk taken, every window flung open, every show rehearsed, exhibited or staged. Still, I hope this book captures the resilient, challenging voice of Metro Arts and its community. The voice that will carry over the river to West Village – to be amplified, made louder and sweeter.

Metro Arts – an independent arts centre at the heart of Brisbane – is about to start a new chapter at its new home in West End. But this is just one of many changes this resilient organisation has made its own. For 40 years, Metro Arts inhabited 109 Edward Street, a six-storey building built in 1989, which has served as warehouse for household goods, biscuits, hats, supplies during World War II and – later, government offices and, finally, Brisbane Community Arts Centre. No record can capture every moment – every coffee shared, every spark ignited, every alliance formed, every risk taken, every show rehearsed, exhibited or staged. But through the voices of over 40 Metro community members, Art Starts Here: 40 Years of Metro Arts charts the living history of Metro Arts, from its gutsy DIY beginnings to its bright future. SOFT COVER 171 PAGES RELEASE DATE 4 September, 2020 PUBLISHED BY Metro Arts PURCHASE www.metroarts.com.au/book 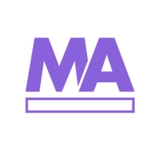