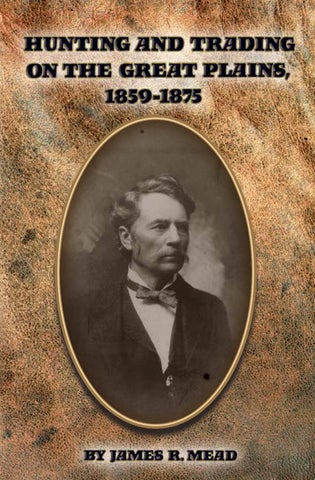 My feelings on first setting foot on the soil of Kansas were various. We had a feeling of insecurity; thot we had left the land of law and order and got among outlaws and desperadoes. This feeling, however, wore away soon. I felt that I had entered a land where an important scene in my lifeâ&#x20AC;&#x2122;s history was to be enacted out and perhaps my lot cast for life.â&#x20AC;&#x201D;JRM on crossing the Missouri River, Tuesday, May 31, 1859.

Preface to the Paperback Edition James R. Mead, the author of this Memoir, was born in 1836 and died in 1910 in his 74th year. As the first edition of this book has long been out of print and as interest in the period of history which he lived through and wrote about continues to increase, it seems appropriate to bring out a new edition which, as far as we are able to determine, was written approximately 120 years ago, but only first published 86 years after his death. Having arrived in Kansas Territory in the spring of 1859 Mr. Mead was privileged to witness an era in the history of the Great Plains that now exists only in books, photographs, and Hollywood legend. In 1863 he rode into the valley of the Arkansas for the first time, seeing herds of buffalo and a small village of Wichita Indians on the site of what is today the largest city in Kansas. He lived long enough to see the Indians disappear along with the buffalo herds and, in place of the open prairies, fenced-in farm lands. In short, everything that had made the Great Plains attractive to him as a young man was gone. In his lifetime ‘progress’ had brought about the Wright Brothers’ pioneering flights, the advent of Henry Ford’s Model T, and countless thousands of settlers who now occupied the lands across which he had wandered so freely in his youth. It is therefore ironical that Mr. Mead’s place in Kansas history is that of a pioneer who arrived in Territorial days and devoted his energies over several decades to establish settlements, attract settlers, develop commerce, encourage railway expansion, and generally bring about the very changes which he lived to regret. The advent of this paperback edition provides a welcome opportunity to correct a few errors (entirely the fault of the author of this preface) which made their way into the first edition. My mother, Ignace Mead Jones, daughter of James R. Mead, early discovered some of these errors and her notes have been invaluable in setting the record straight. Mr. John Womack of Noble, Oklahoma was kind enough to correspond with me in 1987 to express his enthusiasm for Mr. Mead’s book and to correct a footnote of mine (p. 223) in which I placed the location of Jesse Chisholm’s home ranch 30 miles farther east than its correct location which was about two miles east of present-day Asher, Oklahoma. - Schuyler Jones viii

The editor is indebted to Mary Nelson, Special Collections at the Wichita State University Library, for research assistance and photograph retrieval connected with the paperback edition.

In Oakdale Cemetery in Davenport, Iowa there is a tall red granite monument which bears the name James R. Mead across the base. Mr. Mead purchased the plot and monument to mark the grave of his wife Agnes, who died at the Trading Post in Towanda in 1869. Thinking that the site would eventually be his own resting place, he put his name on the monument as well as that of his wife. Today the plot marks the final resting place of his father, the Rev. Enoch Mead, his mother, Mary E. James Mead, his sister â&#x20AC;&#x2DC;Lizzieâ&#x20AC;&#x2122; Mead, and his infant son William.

James R. Mead arrived in Kansas Territory from his family home in Iowa in the spring of 1859. His journey west was a young man’s adventure undertaken only with vague ideas of what he might do or just where he might go. He was 23 years old and soon fell under the spell of the wide open spaces of the plains, the prospect of encounters with Indians, and the great herds of buffalo. This lively memoir, long out of print, chronicles his life and experiences in Kansas from Territorial days to early statehood. In it we are taken along pioneer trails to Indian camps, sometimes in the company of Jesse Chisholm, William “Buffalo Bill” Matthewson, and Kit Carson; at other times with famous Indians such as Satanta, War Chief of the Kiowas. Mr. Mead’s career on the plains began as a buffalo hunter, which he soon abandoned in favor of trading with the Indians, and then went on to become a town founder and State Senator. Rowfant Press, Wichita 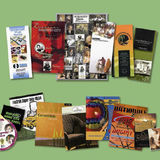 Hunting and Trading on the Great Plains

James R. Mead arrived in Kansas Territory from his family home in Iowa in the spring of 1859. His journey west was a young man’s adventure u...

Hunting and Trading on the Great Plains

James R. Mead arrived in Kansas Territory from his family home in Iowa in the spring of 1859. His journey west was a young man’s adventure u...