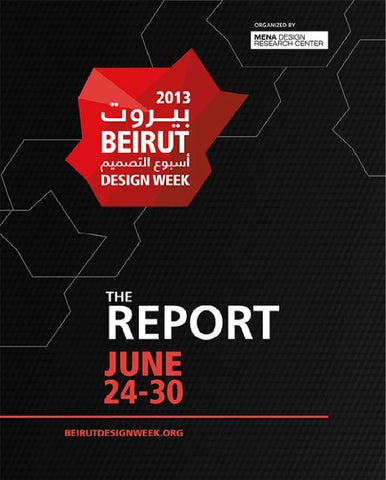 Dear Friends, For the second year in a row, Beirut Design Week took over the city between june 24th and 30th, exploring all forms of Design through exhibitions, workshops, talks, open studios, parties, film screenings, and the conference. In the streets of Achrafieh, Gemmayzeh, Mar Mikhael, Hamra, and Saifi there was an unmissable vibe in the air. During the hot summer days, groups of people walked along looking through their BDW catalogues searching for their next designer destination, while music, food and laughter surrounded others clustered around design studios or boutiques . Last year, for the first time, we went on a venture to discover what a Design Week in Beirut could become. We let it grow naturally and organically into the second year; learning from the feedback we get from participants and stakeholders, and redesigning our strategies to bring a better experience to our audience. Therefore in 2013, due to popular demand, we organized the week so that each day is focused on a certain part of Beirut and it worked in perfect harmony. As a non-profit organization, MENA Design Research Center is devoted to creating a platform for designers and design enthusiasts to share knowledge, to inspire and to trigger discussions about the role of Design in our society. Our dedication to uphold Beirut as the Design Capital of the MENA region, as well as bring in the latest developments in the field still holds as our first priority. Moreover, with the launching event as the Newcomers Exhibition, we hope to help set the stage and empower young talented designers to step into the market and achieve their goals. In this report of Beirut Design Week 2013, we have gathered the highlights of the week for your reference and enjoyment. Whether you were in Beirut or abroad, we hope this documentation will remain for you -as it is for us- one the many memories to come of the BDW initiative. A VERY SPECIAL THANKS TO The entire team at TAGbrands, Anis Printing Press, Lebanese American University, Promonet Media, British Council, American Embassy, Danish Embassy, Platform 39, University of the Arts Philadelphia, Banque Libano-Francaise, Solidere, Saifi Village, AltCity, American University of Science and Technology, Le Gray, and all our media partners. We look forward to seeing you again next year,

“Here, the disparity between what design means to the consumer and what it means to the producer remains agape. Experiencing both sides in close proximity is one of the pleasures of BDW. You can see Rima Khatib’s design art by the pool at Le Gray hotel, drive into the mountains for a demo of Architettura Sonora’s site-specific speakers, attend a panel discussion with Michael Anastassiades, and catch the Newcomers show with its unusual prints and outlandish prototypes.” -Wallpaper Magazine “It was great exposure which allowed me to sell most of my products. Being featured in such an exhibition gives credibility to my work and a push” Dima Boulad (Newcomers Exhibition) captioned from Executive Magazine

The food design workshop was a great experience. We had never experimented with food as creatively as we did with Ms Wehrung!” Hasan Bdeir (participant in Food Design workshop)

“Beirut Design Week acts as trampoline for Lebanon’s creative community. Providing a glimpse into the sociopsychographic of a nation in transition, this provides visual testimony of the unbreakable spirit of Lebanon, even riddled with conflict, political instability and economic recession. Feeling like cultural Columbus, I followed the Beirut’s inner compass able to explore the interesting, inspiring and intriguing initiatives developed by Lebanon’s designers and artists.” -Soniya Kirpalani, Documentary Filmmaker

“Doreen Toutikian and Maya Karanouh are wonder women. This is how we can explain the feats of strength they’ve performed during Beirut Design Week 2013. The MENA Design Research Center event served as a laudable platform of cultural exchange between our city and the world. Third time may be a charm, yet we were charmed and bewitched the second time around.” -Curve Magazine

This is the official map of Beirut Design Week 2013, indicating over 60 venues where open studios, events, workshops, talks, exhibitions, conferences, and tours took place. The densest areas are Mar Mikhael and Saifi Village, then follow Gemmayzeh and Hamra. Achrafieh is the most dispersed. The whole concept behind Beirut Design Week is defiant to traditional fairs, because we encourage people to leave their cars, take the map and walk in the inner streets and large roads of Beirut, discovering all the little design boutiques and studios, meeting new people from the same community and interacting with the country’s most prominent and upcoming designers and architects.

The NEWCOMERS EXHIBITION was the launching event of BDW 2014 at atelier NS in mar mikhael. The street was closed down with the help of the local municipality, where a general audience of more than 400 people enjoyed a night of design, conversation, drinks, and food.

MADE FOR BRANDS WHITE SUR WHITE

On the same day as Achrafieh Day, MENA Design Research Center in collaboration with Platform 39 organized the winners ceremony of the Beirut 2090 Poster Competition as well as the Food Tasting of the food design workshops given by Magali Wehrung.

The Beirut 2090 Poster Competition invited all participants to imagine their city 77 years into the future. The MENA Design Research Center received over 300 applications. Some boasted sarcasm, others were positive and some were strikingly poignant. The winner was Rana Zaher from AUB, the 1st runner up Fouad Mezher &amp; Rabih Ibrahim and the 2nd runner up was Stephanie Richa.

The Beirut Design Week Conference 2013 took place in the Lebanese American University featuring 14 talks and panel discussions from professionals and educators around the world.

MICHAEL ANASTASIADES ON A PHILOSOPHY OF COMMITMENT

During the week, MENA Design Research Center in collaboration with Angelique Sabounjian of Tasche, organized a tour of Bourj Hammoud (a suburb of Beirut known for its Armenian community and a vast craftsmanship ecosystem). The Craft Masters Tour was an informative journey introducing the most prominent craftsmen and women in the area, whose work ranges from glass and metals to textiles &amp; jewellery.

What will lebanese food look like in the year 2090?

HOW TO CREATE BASIC INTERACTIONS WITH ARDUINO?

A BIG THANKS TO LAMBA LABS AND ALTCITY FOR THEIR SUPPORT.

BDW KIDS HOW DO KIDS IMAGINE THE PERFECT CITY AND HOW CAN 3D PRINTING HELP IN VISUALIZING THEIR IDEAS?

DESIGN FOR SOCIAL IMPACT BY T+HUIS

T+HUIS IS A DUTCH DESIGN FOR SOCIAL IMPACT NGO, THAT DEPENDS ON DESIGN THINKING AND DESIGN RESEARCH METHODS. THEY SHARED THEIR KNOWLEDGE AND DESIGN TOOLS WITH THEIR WORKSHOP PARTICIPANTS.

DESIGN IT, BRAND IT, DONATE IT WITH KASHIDA

SKETCHING FOR GRAPHIC DESIGN BY WALID NASRALA AT WONDEREIGHT

DESIGNPRENEUR 2.0 BY MIRADA MADRID AT WONDEREIGHT

THE BROFESSIONAL REVIEW WORKSHOP WAS GIVEN BY A PANDA AND HIS ASSOCIATES IN ORDER TO KEEP THE INFAMOUS BLOG’S WRITER A SECRET.

EACH EVENT VENUE &amp; PARTICIPANT WAS GIVEN A RED STICKER INDICATING THE ALLOCATED NUMBER AS SEEN ON THE 56  |  BDW 2013 REPORT MAP.

MOST PARTICIPANTS DESIGNED THEIR OWN PRINTED AND DIGITAL INVITATIONS FOR THEIR EVENTS DURING BEIRUT DESIGN WEEK 2014, USING THE BDW OFFICIAL LOGO.

SOME OF THE MOST FAMOUS INTERNATIONAL PRESS COVERAGE INCLUDES WALLPAPER, MONOCLE RADIO, LSN, AND A NATIONAL BDW 2013 REPORT  |  59 DANISH NEWSPAPER

A collection of images of the highlights of BDW13 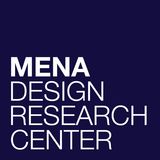