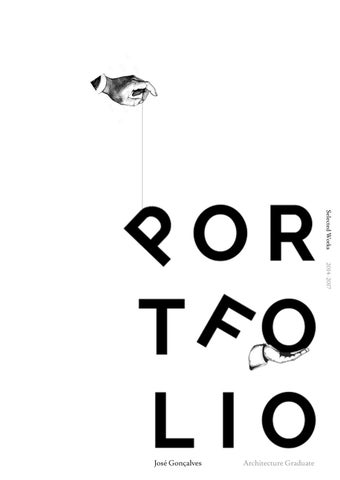 "Design is not just what it looks

The increasing population density in Lisbon due to it’s rise in popularity in touristy routes has, undoubtedly been one of the most impactful phenomena in the city’s context. Once, as an high density and generally low-rise city, Lisbon was defined by its narrow streets, varied façades and confusing walkways. While at the current moment, thanks to the widening of the streets and the increasing height of buildings, is slowly becoming a generic 21st century city filled with boring blocks of vertically stacked office buildings with a touristy centred architecture, meaning it looks like it but it isn’t actually it. Once as a community centred low rise high density, now, soon-to-be profit-driven high rise, high density. This led to one of the key features of the city, its enormous sense of community, to slowly fade away, thanks to the decrease in restrictiveness which, ironically is what gave it identity in the first place. So the question arises if this sense can actually be brought back without the increasing publicity of the city affect it?

By taking small scale communities, creating common patios for each one and lifting the whole structure from the ground for public space, you end up establishing restrictive common space for the housing in the upper area and mitigating, in a way, the public beneath.

When it comes to nautical centres, there is a typology which, recently, and quite rapidly has spread to a great degree, and is turning this type of buildings into homogeneous, wide spreading structures of little architectural value, which I like to call the "waterhouse", for its resemblance to warehouses. A group of wide span roof boathouses, separated by green space which generally lead to a ramp is what characterizes most of these projects which end up being great, functionally, but end up not paying much attention to what a nautical centre is really about. That being said, instead of doing a generic "waterhouse" nautical club, "mar sobre mar" seeks to ask the question: "what is, in fact the essence of the nautical club and how can this be translated into an architectural manifestation?". It is without being said, that clubs, in general are about one thing: and that's exclusivity, every activity has this strong community sense, everyone knows each other and they all dwell in this kind of fraternity. These aspects all make a great clubs and end up not being addressed in the warehouse like typology, which, like I mentioned plague the nautical centre. So the question then began to be "what is the architectural manifestation that translates to exclusivity? And how does that relate with the program and surroundings

C O U R T YA R D A generic courtyard was placed on the building site.

TWIST IT Each space was then twisted horizontally to each of the program's necessities e.g.: reception close to main street while the classrooms remain away.

E L E VAT E I T The same thing was done vertically e.g.: cafeteria elevated for views, classrooms for privacy and the passageway so every vessel could pass underneath

SUPPORTS The rest of the program was tucked underneath the whole structure to not only work as support but to also evince the building's movement.

Located in Areeiro in Lisbon, a place where the courtyard is a dominant typology, which through its privacy and as serving as a shelter from the outside, works great when paired with housing but not as great when the building requires some sort of public character. And this is due to the fact that this typology effectively removes the inner space from any contact with the outside. But due to it being an aspect so deeply rooted in the surrounding area, makes it difficult to ignore. So in order to establish, not only, a relation with the surrounding environment but also with the public , the proposal aimed to turn this typology on its head - or more precisely, on its side.

The basic outline of the courtyard is then "cut" through resulting mass, opening it up towards the city, but preserving its restrictive qualities.

The resulting facade is then pushed to an angle aligned with the hottest hours of the day in order to shield it from heat during the summer and embrace it in the winter.

"Avenidas novas" was the designation used to describe the urban development in the 19th century which made Lisbon spread itself to its northern counterpart. Due to this phenomenon, new neighbourhoods start to appear, with middle and upper middle class occupants in mind and in great numbers. These new neighbourhoods with wide streets and homogeneous faรงades, consolidated and perfected an old building typology: The courtyard. Using a perfect example of this typology as a building site, the program, consisted in the 1st place to design a 28sqm house for four people, with temporary housing in mind. And then to aggregate this "prototype" on the above referred site".

CUTS Using the natural topography, 3 simple cuts are made...

P AT H ...Creating a main path which would house all of the retail, minimizing contact with the upper, more private area.

THE STORAGE AREA The program also required a storage space as well as an atrium but with the restricting building height, the ground floor would have to house both. Instead of generally, focusing on the atrium and hypothetically putting the storage space "beneath the rug", the question arose if the two programs could be merged and in that way, create something much more interesting. In short, could the storage space actually be an atrium?

To do that each of the storage spaces for each apartment was then conceived as 3x3 cubes, placed all across the atrium, creating not only an imposing feeling at the moment of entrance but also a relation between the outside visitors and the actual dwellers.

H O U S E W I T H A WA L L The house was conceived around one element: The wall. Using concrete, a material with high thermal inertia, this main wall is interpreted as the "hearth" of the house and as such, all of the served space revolves around it, taking shape as wooden slabs which are inserted in the wall and accentuate verticality. Then, all of the servant space is tucked in the adjacent walls in order to evince simplicity and create the illusion of a bigger space.