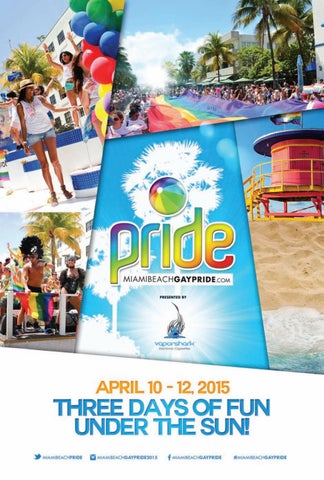 Welcome to the 7th Annual Miami Beach Gay Pride! Since its inception, Miami Beach Gay Pride has grown from about 15,000 people to a recordbreaking 100,000 last year. With events like the Miss Miami Beach Gay Pride Pageant kicking off on April 1st, we have many exciting week-long events for the entire community, culminating on Sunday the 12th with the Parade, Festival and performances on many stages set up throughout the Ocean Drive area. On behalf of the Board of Directors, many committees, our hardworking staff, and the hundreds of volunteers who help bring Pride to you, we thank you for joining us in the festivities. We are so excited you are here!! As a non-profit organization, it is impossible to host an event like this without the help of our sponsors and partners, who we thank immensely! We also could not do this without the City of Miami Beach’s support. From former Mayor Matti Bower, whose original vision it was to create a Pride in Miami Beach, to the current administration, Mayor Philip Levine, the City Commissioners, and the City of Miami Beach Police and Fire Departments, we thank you all for being strong allies of Pride. We are also excited that LGBTQI friendly Mario Lopez will be our Grand Marshal this year to head the Parade celebration. You probably know Mario as the host of “Extra,” which airs here locally on NBC 6 South Florida. What you may not know is that he is an ardent proponent of LGBTQI issues, especially as a long-time supporter of GLAAD and several antibullying efforts. On a more personal note, I want to say as a gay man who has recently gone through a heart health scare, I am so very proud to be a part of this event and this community. Miami Beach has always been an amazing place to be. I couldn’t be more excited that our community has embraced this event and I am very happy that you continue to do so. Nothing gives me more pleasure than to look out at the crowd and see people from all walks of life, celebrating who they are. Our country and Florida have come a long way in the equality arena, and showing your Pride is the best way to prove it! I hope you have a great time whether you live here in Miami Beach or are visiting our fair city for the weekend. Whichever, be Proud!! But as always, be safe and responsible! With Warmest Regards,

Bienvenidos and Welcome to the 7th Annual Miami Beach Gay Pride Festival and Parade! It has been an honor to be a part of Miami Beach Gay Pride for the past seven years and to serve as its Executive Director for the past three. As we plan on another record breaking event, we have expanded our Festival and Parade programming, layout and production for all Intersex, Questioning, Queer, Transgender, Bisexual, Gay, Lesbian and Straight Allies “Under the Rainbow” at Lummus Park. Here are some of our noteworthy events and programs: -Flag Raising Ceremony at Miami Beach City Hall, Monday, April 6th at 6:00 p.m. -Pride 5K Run, Saturday, April 11th, at 9:00 a.m. -Kids Activities Area presented by Jackson Memorial Hospital, Saturday &amp; Sunday, April 11th &amp; 12th -Vapor Shark Entertainment Stage, Friday evening, April 10th through Sunday April 12th -AIDS Healthcare Foundation (AHF) Stage Saturday, April 11th, entertainment presented by Icandee and Pandora Sunday, April 12th, “Feel the Latin Beat” (hours extend to 9 p.m. -TD Bank Grandstand Stage, Sunday, April 12th Bleacher Seat at 11:30 a.m. Grandstand Show and Parade starts at noon. Community Stage, beginning at 2:00 p.m. -Wedding Chapel presented by BB&amp;T Bank, Sunday, April 12th -Fireworks Display presented by the Clevelander Hotel, Sunday, April 12th, 9:00 p.m. Miami Beach Gay Pride is free to the public through the generous support of our Corporate Sponsors, Angel Donors, Fundraising Events at Score, Twist, Palace, Hotel Gaythering, BB&amp;T Bank, TD Bank, Hotel Victor, the proceeds generated by sales at Pride’s bars at Lummus Park during the Festival, and support from the City of Miami Beach, Miami-Dade County Cultural Affairs Dept., Greater Miami Convention and Visitors Bureau, and Miami Beach Visitors and Convention Authority. In closing, I would like express my sincere thanks to Miami Beach Mayor Philip Levine, Miami Beach City Commisioners, City Manager Jimmy Morales, our founders, Board of Directors, staff and wonderful volunteers. It is through their continued vision, support and dedication that enables us to celebrate the spirit of unity, diversity and inclusion in Miami Beach. Enjoy with Pride,

Miami Beach Gay Pride brings together members of the lesbian, gay, bisexual, and transgender community, their friends, allies, and supporters in celebration of the unique spirit and culture of the LGBT community. Established by former Miami Beach Mayor, Matti Bower, as an initiative of the Miami Beach Gay Business Development Council, Miami Beach Gay Pride is a not-for-profit organization that produces free, safe, quality mass-appeal events that are open to all, and that include the Parade, Festival, Expo, and adjunct, officially sanctioned Miami Beach Gay Pride events.

Wire Magazine is the best lifestyle magazine for the LBGT community and their friends in South Florida. Wire Magazine is a beautiful, glossy, modern, sophisticated and sexy publication you can read weekly in print and online at www.wiremag.com. Wire publishes first class, compelling lifestyle content every week and has more readers and celebrity interviews than ever before. Wire Magazine is distributed in Miami, the Beaches and Fort Lauderdale in print and in digital format worldwide via www. wiremag.com — where you can paginate and read our print publication every week. We are proud to be the longest running weekly publication in South Beach after almost 25 years of publication, and a strong supporter of the LGBT community. Wire Magazine is committed to supporting all LGBT causes and organizations. We are a top sponsor of Miami Beach Gay Pride, National LGBTQ Task Force and Winter Party, Equality Florida, Care Resource and White Party, AIDS Walk, Miami Gay &amp; Lesbian Film Festival, Fort Lauderdale Gay &amp; Lesbian Film Festival, Miami International Film Festival, and several other organizations and major events. We also believe that arts and culture enriches our lives, so we work very closely with institutions such as Broadway Across America, the Adrienne Arsht Center for the Performing Arts of Miami-Dade County, the Florida Grand Opera, and many more. Wire Magazine’s broad range of lifestyle content is published with you in mind every week. 1) Celebrity Interviews: exclusive

interviews with famous celebrities; 2) Going Out: weekly calendar of events with listings for nightlife, arts, community and dining events; 3) Dining: the best restaurants in town to satisfy the foodie in you; 4) Looking Good: fitness tips to get in shape; 5) Flix: great movie reviews; 6) Shopping Bag: products to improve your life; 7) Arts &amp; Culture: the best of shows and in-depth interviews; 8) Photo pages: satisfy the inner paparazzi in you by finding yourself and your friends in our photos; 9) Top Trax: music reviews and celebrity updates; 10) Gorgeous models: eye candy for your viewing pleasure; 11) Destination: travel ideas and vacation destinations; plus a lot more content published to enrich your life. Find them online at www.wiremag.com, “wiremagazine” on Facebook, Twitter and Tumblr, Instagram and “wiremediagroup” on YouTube. As a proud sponsor of Miami Beach Gay Pride 2015, Wire publishes its annual Pride Collector’s Edition during this year’s festival, an extensive Pride Photo Album issue the week after, plus great Pride photo albums from all the events and parties on our website and Facebook page. Contact Wire at advertising@wiremag.com or 305-520-WIRE to reach our readers and to benefit from Wire Magazine’s value added editorial support.

“Being Grand Marshal of the 2015 Miami Beach Gay Pride is truly an honor and a huge responsibility. It will be a privilege to lead the Pride parade as an LGBT community ally. I’m looking forward to being there and showing my support.” A man of many trades, Mario Lopez has the overwhelming desire to always keep active. Mario is the Emmy winning host of EXTRA, a nationally syndicated daily show. Concurrently, Lopez is the host of the nationwide iHeartMedia radio shows. On with Mario Lopez and iHeartRadio Countdown with Mario Lopez. Not only does Lopez have a proclivity for the entertainment industry, he is also an avid sports fan. He has taken his love for sports, specifically boxing, to the next level as a recurring commentator on HBO Boxing. In September 2014, Lopez released his first autobiography, Just Between Us. In his memoir, Lopez shares successes and disappointments, never before-told stories and family values. Lopez became a New York Times bestselling author for his healthy eating guide Extra Lean. In May 2011, he released the follow up to Extra Lean entitled Extra Lean Family. This new book featured recipes and tips that are beneficial to the entire family. Additionally, Lopez penned Mario Lopez’s Knockout Fitness a bestselling fitness book that offers readers a look into his impressive workout regime, and

Mud Tacos, a vibrant children’s’ book he coauthored with his sister Marissa. As a follow up to Mud Tacos, Lopez released Mario &amp; Baby Gia, a children’s book he wrote for his daughter, Gia. The book is currently being developed into an animated series. No stranger to rigorous routines, Lopez danced his way to the finals in the third season of ABC’s hit show Dancing with the Stars. Shortly after, in summer 2009, Lopez successfully completed his first run on Broadway. He starred in the long running hit musical A Chorus Line as the audience loved character ‘Zach. Mario was named the Alumni Ambassador of Fitness by the Boys &amp; Girls Clubs of America (BGCA), while joining the ranks of some 25 other prominent alumni, including Denzel Washington and President Clinton, in the organization’s BE GREAT campaign. Mario helps bring to light the major issues affecting today’s young people, including the importance of graduating from high school and maintaining a healthy lifestyle and the key role community-based organizations like Boys &amp; Girls Clubs play in the positive development of children.

Most recently Mario has gotten close and personal with some of today’s hottest celebrities and most influential Latino superstars on NUVOtv’s exclusive interview series, Mario One-on-One. Special guests include Eva Longoria, Mark Sanchez, George Lopez, Emilio &amp; Gloria Estefan, Anjelah Johnson, and Kat Von D among others. Even with all his other ventures, Mario is still in love with acting. Lopez reincarnated his guest-starring role as Dr. Mike Hamoui on the final season of F/X network’s popular show Nip/Tuck. Lopez’s run on the series garnished an instant and well-deserved cult following. He previously starred in the highest rated program in ABC Family history, Holiday in Handcuffs. He also starred opposite Mark Consuelos in the made for TV movie Husband for Hire, which was the most watched program ever on the Oxygen Network. Mario currently resides in Los Angeles with his wife Courtney and their daughter, Gia and son, Dominic. 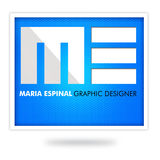