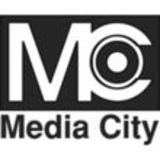 Media City is an international festival of film and digital art presented in Windsor, Ontario and Detroit, Michigan since 1994. It is the only festival in the world to present artists' cinema on both sides of an international border. Media City celebrated its 20th anniversary in 2014. Since its inception, the festival has received more than 35,000 entries from over 112 nations, hosted hundreds of visiting artists and engaged thousands of audience members in public programs, including commissioned artists’ editions, gallery exhibitions, film screenings, workshops, lectures, performances and other events. Over the years Media City has achieved critical acclaim and international recognition for its "sheer excellence in programming” and is recognized as a leader in the world of artists' cinema. Films premiered at Media City have had subsequent screenings at The Museum of Modern Art (NY), Centre George Pompidou, Tate Modern, and countless other festivals, museums, and biennales.