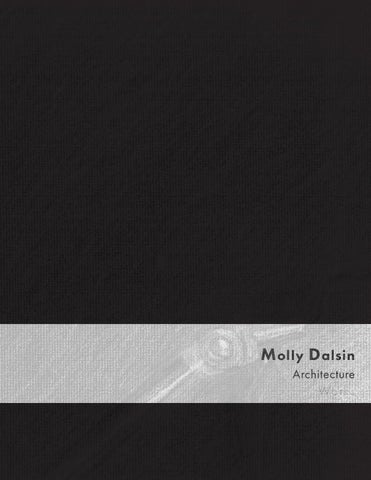 There has been much debate as to whether architecture is a relevant practice today. Banal developments, empty icons, and ‘copy/paste’ urbanization have filled any void left by architecture’s identity crisis. However, analysis of architectural history demonstrates how buildings and urban spaces reveal and perpetuate cultural sensibilities across time. Through these nonverbal means, societal and political ideologies permeate the built environment. Is architecture so different today? As an architect, it is necessary to understand the gravity of the built environment and its effects on promoting new ways of thinking. Due to the global nature of today’s society, cities have become more homogenous making it more important than ever to generate architecture that is continually informed by unique social, environmental, and technological factors. Through an adaptable design approach, a deeper understanding of the implications of architecture may enable comprehensive design solutions that go beyond the traditional understanding of a building. Architecture is no longer viewed as object, but becomes a stimulant for human interaction, diversity in culture, and an allied approach to ecological and economic issues. No longer can architecture focus on aesthetics, style, or universality, but it must become protean, effectively addressing how a building functions, how they respond to a particular conditions, and under what pretenses they are conceived. Thus, for architecture to become more than mere building, it must be recontextualized, researched, questioned, and reconnected in both physical and ideological terms. For myself, a multifaceted career in practice, academia, and alternative methods is paramount to progressing role of architecture as I see it. In practice, the unique conditions and constraints of a project should be critically exploited to yield innovative design rooted in the reality of the contemporary environment. The progression of a project from initial conception to construction requires a continual reevaluation of the broader issues with their implications in design details. The complexity embedded in practice – not only with building a project, but with client relations, team dynamics, and multidisciplinary collaboration – has the potential to form new ideas unforeseen in academia. At the same time, academia is multidimensional in its critical reflection on the role of architecture, both for the instructor as a current professional and for the students as the next generation of architects. Teaching stimulates a critical evaluation of your own process, biases, and understandings, all the while being challenged from students’ unique perspectives. Further, the academic environment promotes fundamental research into ideas for which direct application in practice may not yet be feasible. The theoretical and ideological foundations that emerge from exploratory academic work underlie the current conditions of architecture. Finally, these career goals should be supplemented with alternative methods such as peers during an MArch program can be fostered beyond graduation through these forums. Despite working at different firms across the city or country, it is important to engage with each other to transfer and develop new knowledge, attitudes, and understandings of architecture. As the field of architecture is continually responding to evolving inputs, these career goals allow for my professional development to do the same. The complexity of architecture demands perpetual learning, never knowing the answer at a given time, but an eagerness to explore the potentials of unique ideas.

THE IMAGE OF THE CIT Y AND CIVIC SPACE

THE EXPERIENCE OF MUSIC

Civic Space in the image of the city

The civic conditions of downtown Minneapolis are becoming increasingly privatized and sterile. Based on a volatile market environment, these spaces are almost immediately outdated and quickly become irrelevant to the vibrant Minneapolis population. This project proposes civic space as a strategy of voids through which the city and its inhabitants can be represented and reinterpreted. At the scale of the site, the project responds

to the existing public library and skyway system by articulating events that permeate the block, condensing and releasing the image of the city. A single building on the southwest corner of the site was chosen to be developed. The project seeks to create unique spatial conditions that promote activities, events, and scenarios rather than dictate uses through form. By embracing the fluctuating nature of urban

life, this project utilizes light, movement, and temporal materiality to create spaces that capture the variations of time, season, activity and events. Designed through unique experiential conditions, the interior generates a rhythm of stasis and movement. The facade becomes a mediator between the city, the civic site, and the intimate interior as events and experiences are ambiguously captured, projected, and collapsed onto the skrim.

City Scope was initially envisioned during a 3-week, group competition to design an installation for the 2015 Northern Spark festival. Developed as a collaboration between Anna Mahnke, Katie Loecken, and myself, the winning proposal created a field of kinetic follies that invited social interaction and new ways of seeing the surrounding Mill City area. While a central periscope projects

your view to the city, the periphery structures recall the mechanical histories of the site. Through a kinetic counterbalanced system, the cubes can be lifted and entered, creating intimacy amidst the spectacle. Looking in and looking out, the structures present a new lens of observing the built environment. The project was the result of a partnership between thirteen graduate students and Minn_Lab.

The building forms a layered composition of architecture, urban flux, music, and performance. These concepts are cast onto the facade, projecting an ever-changing mural that mimics the surrounding neighborhoodâ&#x20AC;&#x2122;s existing environment. The experience of a street is wrapped into the architecture and unfolds for visitors as they perceive the building through a nuanced flow of spectacle and self-reflection, views outside, inside, and

between levels. This path becomes more than circulation and destination, but becomes a place in itself, expanding the theatricality of music beyond ordinary performances.

The existing storage warehouse at 1st Ave and 1st St consists of two Cass Gilbert facades protected by historic preservation, and is centrally located in a booming Minneapolis neighborhood. Because of its location and connection to an emerging professional and venture community, the shift in programming was to create an issue -based office space dealing with matters of urbanism. All professions, including urban planners,

psychologists, artists, transit experts, sociologists, and architects can perform their commissioned work utilizing the buildingâ&#x20AC;&#x2122;s office and resource space, but more importantly are connected to each other and the public through interfacing areas and public event spaces. Other community members working on urbanism may come for meetings and events creating a complex that is not quite academic, and not quite industry, but a third place where

work can be accomplished, shared, and studied. The interfacing space intersects the workspace and is built tectonically to allow for unique interactions that the load-bearing masonry cannot afford. Overall, the project catalyzes new kinds of urban activities, experiences, and human relationships.

The Delmar Mill complex is a site of historical and contemporary consequence. At the height of its industrial operation in 1920, its performance was one that prominently fueled the economic growth of Minneapolis and St. Paul. Now dormant in the service of grain, the colossal structures loom silently over the forgotten landscape, neither remote nor interwoven into

the fabric of the traditional city. This contested terrain – although monumental in scale and material – is anti-monumental in its symbolism of the industrial past. Lurking above the city, the massive letters “United Crushers” are tagged as a symbol to an active counter-culture. As a contested terrain, this complex neither belongs to everyone nor anyone. The role of

the architect is not to predetermine the future, but to allow for social agency to promote and provide for change and adaptation. Thus, the intervention creates an infrastructural spine that provides access and resources throughout the complex. The spine further acts as an experiential path, selectively subverting or enhancing the physical conditions of scale, materiality,

and light. Spaces of gathering, introspection, performance, and learning are suggested through the selective carving of the existing structures and the construction of new scaffoldings. The intervention promotes a heightened awareness of the built environment, time, and the relationships among people.

Height of the industry

moves to suburbs, many leave the area of train tracks and begin. Empty spaces used lots

“dear caretaker, we intend to create an active work of art. please give it a chance.” -anonymous “United Crushers” tagger