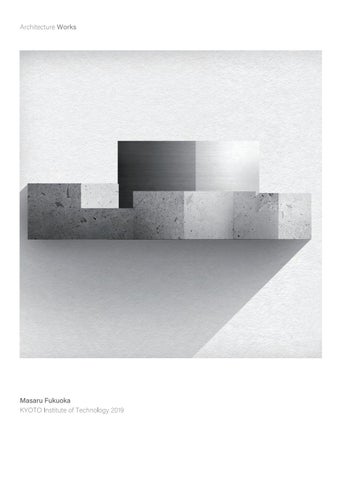 â&#x20AC;&#x192;Japanese political system has been adopted parliamentary democracy. But Japanese democracy Index is the lowest rank in another developed country.The low representation of women in politics (13.70%),low freedom of the press media,and low voter turnout(53.86%). It make Japan

and this made the

dissociation of citizen and politics. If the essence of democracy is regard citizen in the same light as politician,They should have an even relationship and closely connection. Therefore,In this project,I designed the public space that citizen can easily have an interaction with polititian on an equal footing in the front yard of the national diet building.

­    Extend the axis perpendicular to the strong axis from the Parliament and divide the site. Establish Portico as a buﬀer zone to surround the site.

­ ­­  A truck and a plaza are set in the center, and it is made to be an air-blowing space which lifted the park three-dimensionally.

­­  Baths that are democratic spaces are confronted with the Diet building, which has powerful symmetry.

â&#x20AC;&#x192;As climbing to the upper layer, the clothes that people wear become thinner and eventually have a heart-to-heart talk. Then people are not bound by their social status / class, and it will be possible to eliminate the gap between "politicians and citizens". Then,create immediate relationship without a social status

â&#x20AC;&#x192;In recent years, the tomb which has no relatives to mourn their death has become a social problem. It will not be taken care of by the bereaved family. Tombstones are left untreated, They are eating the area of Japanese cemetery. As for the bereaved families eagerly visit the grave after the deceased, but as time goes by, the bereaved heart moves away from the tombstone and can not be care fully. Therefore, I proposed a grave that gradually returns naturally over time.

In Akashi city of Hyogo prefecture, there is an area dotted with burial cemetery along the coast. This is the "Streamed burial cemetry" that the bodies buried in the cemetery return to the sea when the tsunami occurs.the bereaved family moved the subject of prayer to the sea by returning the bodies to the sea.

Following this custom,I propose a grave that gradually returns to nature.For that, make a grave by wood.And,place it on the coastline. Due to the fullness of the tide, the cemetery will not soak or immerse in the water.The timber grave will gradually decay and eventually will be swept away and will return to the sea.

â&#x20AC;&#x192;"Formative heritage" is a civil engineering work such as a bridge or a tunnel which is no longer used for some reason, and construction was interrupted on the way.We are searching ways to ďŹ nd architectural value on Formative heritage and reuse it without dismantling. What I tackled was a plan to reuse waste treatment plant. The Nishinomiya West plant is a waste treatment plant that became a waste furnace in 2012 triggered by the construction of a new factory.I attempted to convert this plant to a Zoo which exhibit alien species .

â&#x20AC;&#x192;The site is an island sandwiched between two rivers. Structures in the island are left without being demolished.Because it is expensive to demolish it. Therefore, ďŹ rst of all, I did reduction and remove only unusable parts.

â&#x20AC;&#x192;This is a diagram showing a part to be disassembled.There are 4 kinds of judgment criteria of disassembly. 1,The part built before 1974 2,Part where deterioration is severe 3,Steel Structure part 4,Aboveground part where disassembly cost is inexpensive 

Currently, there are many alien species in Japan. For example, a raccoon is cited as a representative one. Through the epidemic of Japanese animation "Raccoon Rascal" they came to be kept as pets all over Japan in the 1970s. However, many individuals escaped or intentionally abandoned by the owner because their hands are dexterous and ferocious.And the wild Raccoon spread and breed throughout the country. Raccoon wild has eaten agricultural crops and cultured ﬁsh and destroys ecosystems in Japan, causing adverse eﬀects on economic damage and ecosystems.

Then it was certiďŹ ed as a speciďŹ c alien species in 2015, and disinfection began. Species alien organisms are caught and then slaughtered, and in 2014 about 30,000 raccoons are being killed annually. Not limited to raccoons, animals imported into Japan and forced to wild are not few, many of which are said to be harmful and controlled.

In this facility, we pick up animals that are to be slaughtered, selected from the alien species list "Japanese invasive alien species worst 100" set by the Japanese Ecological Society. Breed those animals and make them public. Appropriate facilities and safety fences etc. are added as appropriate. Link the exotic species being slaughtered and this facility that had disposed of garbage. And ask visitors about alien species.

mm", "water dislikes". Therefore, place it on the shore of the water's edge. "Taiwan monkey

crossed. Therefore, we plant trees in a garbage pit with a height of about 20 m and divert it t

land. For this reason, leave only the basement of the dismantled garage building, excavate abo

adjacent river to make it a tank. In the case of noutria, the depth to be excavated is 1 m, whic

nd habits. For example, the characteristic of "noneco" is "maximum jump distance is about 1500

y" requires trees and other places to climb, but if the surrounding fence is too low it will be

to monkey cage. Others, waterside animals such as noutria need moderate depth waterside and

out 1 m, harden the surroundings with concrete, apply waterprooďŹ ng, then draw water from the

ch is the height of the fence, which is generally recommended as measures against nootria.

As the guest enters from the northern entrance, as it progresses, it will follow the same wa

appear on a chimney that houses birds. The chimney rising in the center is a symbol as a garb

of the chimneys there are charnel and memorial monuments, and calciner to cremate animal. T In other words, visitors came to see the living animals in the process so far, but eventually way back you will see animals from a diďŹ&#x20AC;erent perspective. The memorial monument is no innocent, and I hope that it will be a catalyst to reconsider about alien species problems.

ay as the way the garbage has traveled within this facility. And as he moves forward, he will

bage disposal site and functions as a device to keep memory when smoke was out. In the depths

This is an area for cremating animals died in this facility and bury them. they will face "death". As a result, the depths is a dead end, the visitor will return, but on the t only for animals who died at this facility but also for all alien species culled without being

This work was exhibited in the "Formative Heritage Exhibition044-053" held in Kyoto and Tokyo. 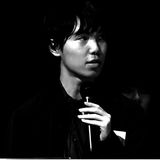