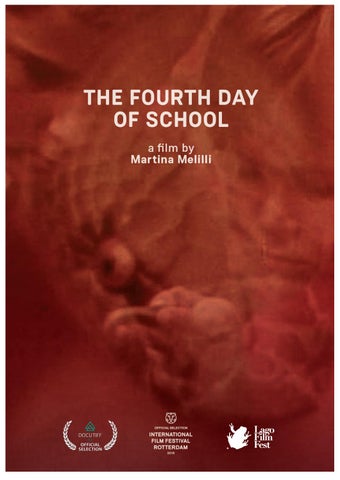 Synopsis: A boy tells about his fourth day of school, in a new country, after arriving from Africa. He’s supposed to be Italian, but in someway he is not. Without memory, the present continues chasing the past, in a circularity of History. The artist float in the ‘post-memory’ sea, letting her father speak out his own story that she re-tells choosing archival images, which serve the aim, allowing us to go beyond the individual experience, where the past of one person becomes the present of a nation in the time of massive migrations.

Director’s statement: I have the constant feeling people and nations keeps forgetting what happened before, in a kind of eternal present, or a recurring past, coming back over and over. Like a never ending circle composed by the same events where just the actors change, time to time. The fourth day of school has been created out of an accidental event. As a research for a feature length film I’m working on, I was recording a Skype-call with my father, telling me about a vivid memory he had of his first experiences when he and his family first arrived to Italy, from Tripoli (Libya). I asked him to speak it as it was happening right in that moment, but he did not prepare it in advance. The result was amazing: it was his personal memory, but at the same time I could imagine a child of nowadays migrants coming from Libyan coasts telling the same story, expressing the same feelings of alienation. That’s why I chose to use archival images: to make a private story become the story of every possible one who feels to share this experience. And I chose to combine old with present footage. Because it’s just happening again, over and over, with just other people involved. And it’s necessary to remember how it already felt for the ones who already experienced it, trying to push them to avoid behaving with the new “aliens” as people behaved with them in the past.

Martina Melilli is interested in the representation of the individual and collective imaginary in connection with memory and reality and in the relation between the individual and the surrounding space: the movement through this space and the sense of belonging (to be rooted, home); the connection and the confrontation between the intimate and the universal. Her research is visual and conceptual and she works with video, film, photography, writing, using the promotion of the creative Documentary genre in all its shades also as a tool, by organizing workshops and curating (film) exhibitions. Collaboration and the collective are the forms of work the artist prefers. In 2012 she funded TRIPOT, together with Ailien Reyns and Marius Packbier. In Brussels from 2010, Melilli collaborated with the artist platform for production and distribution Auguste Orts. At the end of 2013 she moved to Bari, where she -together with Andrea Sgobba and Cristina d'Ereditàfunded OnDocks, an association that works for the territorial and national promotion of the Documentary genre. She is currently working on her first feature-lenght documentary film and lives between Brussels, Bari and Legnaro (PD). 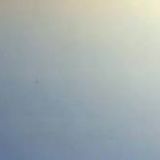 The fourth day of school presskit_July 2016

The fourth day of school presskit_July 2016