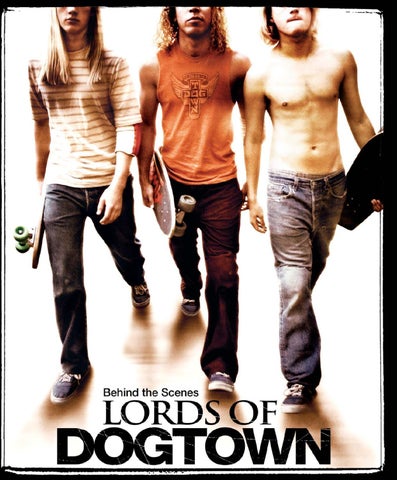 John and I met several weeks before production was set to begin. It was night−time, early summer 2004. We had spoken by phone and agreed to meet at Bicknell Hill with our skateboards. I arrived early and began skating the hill, which is the same hill all of us on the original Zephyr Team used to skate back in the 70’ s, doing Berts etc. After about 30 minutes of skating I looked down the boardwalk and saw this kid in his late teens skating toward me. He had very long blonde hair, he was wearing old school straight−leg cords, a 70’ s style tee−shirt, Vans old school blue deck shoes and he was riding a homemade wooden board that was about 5 inches wide with tiny original issue urethane wheels. Seeing the image was like looking back through a time machine. I was relieved to see that John could skate. He wasn’ t stiff or awkward but in fact had a very natural style. But the thing about him that really got my interest was how much desire he had to get it right. He was dead−set determined from the start to skate old−school 70’ s style and do it well. He was quick to learn whatever I showed him. He told me how important it was to him to be able to do most of his own skating in the film, that he really wanted to pull it off, he didn’ t want to be just another actor.

BEFORE Taken from the film

AFTER CGI by Gray Matter

Pacific Ocean Park... it was like the Disneyland of the Pacific. It just went from a paradise to a wasteland. You couldn’ t get close to the place without havin’ like a rock thrown at you. If you didn’ t have an in, you didn’ t want to be there − cause you’ d get your butt kicked. − ray flores

“ I was trying to figure out how to get the shot of hitting the pier after our set broke with the foam rubber pylon. And Brock came up to me and said “ I’ ll just hit the real pier. How bad can it be? ” As Brock said after he did it, “ that hurt like a motherfucker.” − tommy harper

he ripped it up on the 70’s single fin

workspace It really, in the end, was about work and the love you have for the job. it´s

but the end product is so

Taken from the film Hardwicke by Catherine

We finally landed on a location that gave us the Spanish Style backdrop that &#39;Del Mar Fairgrounds&#39; required. The challenge with Del Mar set was to design the low tech ramps and platforms of the original event in such a way that they were a bit more skater friendly for the several days of shooting and repeatable skate choreography without losing the cheesy originality. In other words making sure skaters didn&#39;t wreck on loose screws, dusty plywood or bite it in a row of hay bales at the bottom of the slalom ramp when ripping it up with the retro skateboards.

no we did not rip this move off from “ pooty tang” !

The belt thing came after a guy tried to stiff us for gloss jobs, then took the boards without paying − I sold all the boards later.

I heard there w as

a in my favorite

an kristi n o s r e t pe as e l z t n we ruml no one can imitate that guy. tony and everyone said he was the funniest guy and i failed miserably, because Iâ&amp;#x20AC;&amp;#x2122; m not funny at all.

Thanks to Catherine Hardwicke for stereotyping my future acting career as a fucking renta−cop.

a tale of two stecyks

Skip told me that growing up in Venice he had enough to buy ONE NEW PAIR OF JEANS EVERY FALL. He’d wear them to school all year, then in summer he’d CUT THEM OFF for shorts.

We just dressed like that. I think I had all those Pendletons ’ cause that’ s what my mom bought used at the Salvation Army and the Wino shoes cost a buck− fifty at Coast Sportswear. − jim “ Red Dog” Muir

no grill warrior would ever do that to me 148

is this the best

...off the pier we had kind of a perfect sunset on our last day of shooting...

Well, thanks Catherine. I feel like I participatedâ&amp;#x20AC;Ś in a hit and run fashion. 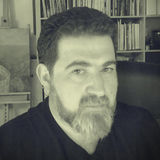