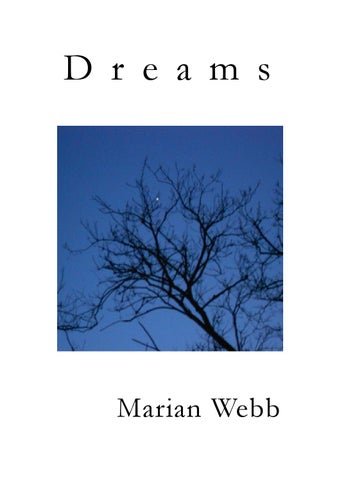 Thanks to Jacinta Le Plastrier, Renan Goksin and the writers of Port Phillip Gilgamesh Readings.

For Yolanda Mora with love

Star bright How are you fallen from Heaven brighter than the other stars? A doll, an idol, made of alabaster, hollowed eyes filled with lazuli walking on the land among aeroliths, the moonâ&amp;#x20AC;&amp;#x2122;s horns in your hair into the deepening evening you descend to light the mansion of love.

Dark and bright The women lie embracing. Her dark hair, her bright hair. She says, Summer is coming, the days are getting longer. She says, Winter is coming clothed in my dark hair. They lie embracing on the concrete under the slatted bench. The sky arcs over the dusty yard.

Talisman Once I was light enough to land on a nasturtium leaf. I brewed a talisman behind the kitchen door. Fumes flared from the flower-horns, singeing the morning. I pickled my heart in the laundry trough and hung it out to dry. I sealed it in a locket, the grey, shrunken clot. Now I air it, seeking the thread of a red pulse.

Storks When did the storks come ushered on the wind along cloud streets? Theyâ&amp;#x20AC;&amp;#x2122;ve settled on a puddle in the street by the canal. Someone has fed them a side of salmon. The mouse-grey woman scrubs the toilet bowl with a stiff brush. She lives in the walls of the house. They are her skin. She will not speak till spoken to. She says, I am content, which is better than happy. Iâ&amp;#x20AC;&amp;#x2122;ve taken some salmon as if it were a gift. I eat it with my fingers, fresh, raw chunks. I do not feel my fingers burn.

The water woman The woman’s hanging laundry on the line. Somewhere there’s a child. A dog runs in a narrow space. The woman hefts a sheet from a damp basket. Where’s the child? The dog runs. Its tongue lolls. The woman is seen in a narrow space. White sheets draped along the line hide the child. The dog runs getting bigger, closer. It wags its tail. Where will I find the water woman? In the dripping of a tap? The weave of a dish cloth? The gutter? The cloud? The child counts her fingers and toes. The dog runs. A sheet dries in the wind.

Sliced tomatoes Light pours into the roofless house. In a skillet over a flame I fry sliced tomatoes. Small, fried oregano leaves cling to the twigs. Behind me a man paces the tiles. Heâ&amp;#x20AC;&amp;#x2122;s telling me consciousness is a book, a holy book, a gospel. Upstairs the minister (fork in hand) demands: But how can consciousness be a book? Who knows, I call, what consciousness is? Is that too much? I ask. The man paces. I pour oil.

Wild they ate the Sabbath grain. The women came, one with her jar of nard. In the leaves they breathe of Galilee and Jerusalem in tongues of flame secretly seeing though unseen and knowing though unknown of all things made and then unmade like garments worn though never felt next to the skin, they travel time eternally. Mother, daughter, sister, wife scantly named Maryam.

Bride Have I neglected you in your pink woollen dress, a pink woollen rose in your hair? I do not see your blue bouquet. Your big eyes plead. What can I give you bride in your improvized wedding wear? A knitted furbelow trims your knee, a knitted rose pinned in your do. Why have you wandered empty-handed from the chapel, wringing your gold-ringed finger? Younger than I you married in a wink, no time to hem a wedding veil. Yes, you said, and your tears brimmed, splashing your short-vamped shoe. What can I tell you, pink woollen bride? Your rose unravels in your hair. Iâ&amp;#x20AC;&amp;#x2122;ll knit it in a minute. There. A flame. Like love it outburns the world.

Pilgrim I knew that man standing at the station in his broad-brimmed hat and his priestâ&amp;#x20AC;&amp;#x2122;s frock-coat. I wanted to kiss him once before he was a pilgrim in this place where I alit briefly to see him leave in the gleaming train to who knows where.

Wind The bollard paint-stained blue wood splinters relinquished the wind gets in.

Marilyn Monroe dreams of Lee Strasberg What can it mean to be filled with sawdust? Like an antiquated shop-dummy from Jean Rhys’s Paris with satin skin, silk hair and a sawdust heart? Does it come of anxiety like being naked in public (having forgotten one’s lines) to be naked on the inside, brainless like the strawman, heartless, soulless, wooden as Pinocchio though clothed in fabulous skin? Sawdust falls from the circular saw slicing a forest to dice. Sawdust heaped on the butcher’s floor soaks up a mess of blood. The optimistic surgeon wields his knife. ‘Be healed!’ he cries, seeking a human organ. Spectators enter the theatre. He murmurs, ‘Hush!’ Oh don’t disappoint him. Yield him

the very nerve-knot that triggers your beating heart.

Terracotta In glazed terracotta on the draining board my heart thaws.

Drive All night she drives. She will not stop. She drives down the night highway. My feet wrapped in gauze are soft as my pillow. Her hands clinch the wheel. She stares down the white line lusting after distance, craving a destination. My feet are dressed in gauze that loosens and falls. Where are we driving in the small hours, mile beyond mile beyond the white line? The sun too far away to rise lies lost beyond the Earth’s slow rolling. Where have you driven me down the night highway? I want the brakes on. I’m not ready for speed. I’ve no yen for scenery. I see only unexceptional spectres in lack-lustre colours. I’ve circumambulated days on feet too tender for the highway. My waves crest at low tide.

I’m unable to fly. And how can I walk back in the pitch black? This gauze is torn to pieces. Better to trail on sleeping soles to the refrigerator measuring quotidian meridians. Better to count the crumbs scattered in monotonous carpet pile. Better to rest in dusky feathers listening for the dim brown bird. What line have we transgressed? Oh, don’t despise me. Get me some shoes! Tell me there’s pleasure beyond the minute-hand sweeping the morning. Tell me there’s pleasure beyond the drifting stars. Tell me we’ll be dancing before dawn in heavenly cities lit in neon and incandescent dust.

Cherry stone Now shadows appear under the arc of your cheek. Under the scaffold where you walk, I walk gathering courage to greet you, the years eclipsed. A cherry stone splinters between my teeth. The meat eaten, juice consumed, red shreds cling to the kernel. A concrete stack looms above the street, the sky eclipsed. Your cherry-bright face was round and sweet, your eyes nut-brown, now dim under the scaffold where we pass. These years Iâ&amp;#x20AC;&amp;#x2122;ve never seen you walk where I walk. Under the arc of your cheek, the years eclipsed.

I slide between the cracks in the pavement under the children singing.

Blue-stone Here we live among blue-stone lanes leading behind walls into the shadow city. Dancers depart the clubs after dark. Their tall shoes clatter on the curb. At the high window the watcher boils a brew, portraits supported on the range-hood, eyes etched follow the guests among the chairs where we whirl widdershins. Figures spattered in blue paint on white walls leap and writhe exposing spine and skull. They exit leaving the gate unlockedâ&amp;#x20AC;&amp;#x201D; voices babbling into noon.

The mynah bird struts on the steel sill. Claws clatter. Its little bill knocks the pane. My clockwork keeps a rhythm, beware the scare, hooves shatter the pigeon clamour. Iâ&amp;#x20AC;&amp;#x2122;ve made a nest for them a crown of twigs in the enamel litter bin. Every creature loves a place to stay. Wood-borers whittle fistulae in the ledge where the husks rest. The wind twists. My pretty hearth is dry. I winnow the brittle endocarp of my pome.

In the emptying sky your diamond fire dissolves like a sugar crystal into luminous morning.

There. A flame. Like love it outburns the world.

These poems originate in dreams recalled over the course of years. Central in each is love. 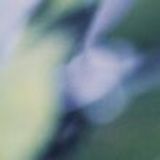