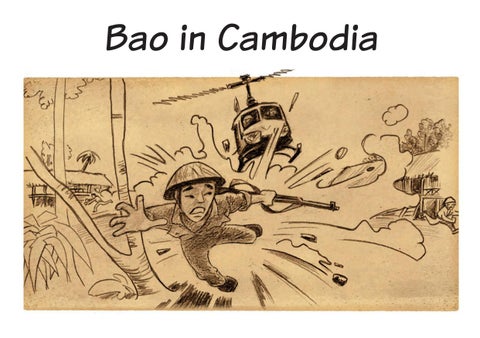 The war rages on in Cambodia. Bao is a soldier living in the midst of the nightmare of exploding bombs and shooting machine guns. He constantly has to throw himself in ditches and behind trees.

One day, an enemy soldier is brought back to the camp. He has been made prisoner.

One last cigarette before dying ?

Well, no. I would rather you read me something from the book in my pocket here.

Leaving everything behind, Bao and his fellow soldiers run to safety. The prisoner escapes.

The next day, after the attack. Sir, what did Jesus say ?

I am also threatened by death, living in the fear of bombs and machine guns. Sir, it has to be an important message for this prisoner to want to hear it before dying.

Maybe you can find out the answer in a book called the Bible.

Where could I find what Jesus said ? Ah ! Here.

Now I understand how important it is to know Jesus’ love before dying.

Bao in Cambodia, a short and true story about

something that Jesus said.

Something very important for Bao, and for you, too. Do you believe it?

A short and true story about something that Jesus said. 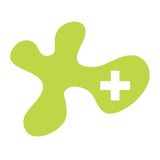