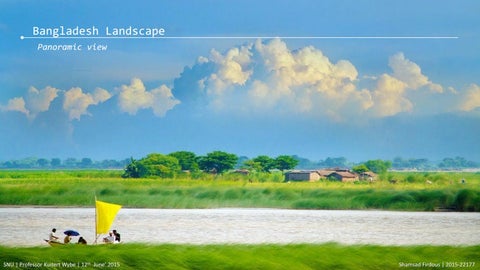 Officially name is Republic of Bangladesh

Situated in the South Asia

Following a bloody liberation war It achieved independence from Pakistan in 1971.

The land area is gradually decreasing because of population growth, industrialization and other infrastructure development

70% of the population depends on agriculture

Climatically, the location is influenced mainly by latitude

The hill region, being comparatively of low altitude

About 80% of the rainfall in the country occurs during monsoons

In spite of being a riverine country, droughts are not uncommon, and are seen to occur in a cycle of five to ten years especially in the northern and northwestern part of the country

The soils are deficient in organic matter, nitrogen, phosphorus and lime.

Its origin in the late Miocene, when Bengal basin was being filled in rapidly

The largest Pleistocene era physiographic unit of the Bengal Basin

Lime nodules and pisolitic ferruginous concretions occur throughout the soil.

Locally the soils are rich in lime

Terraced paddies on the border of the “High Barind Tract”

The soils are in general fertile and are rich in potassium and phosphorus.

The soils are naturally fertile and are recharged every year by fresh deposition by the floodwaters.

It represents the riverine lands of the Gangetic plains

The Sundarbans is located in this tract.

A layer of salt has covered this dried up canal

The soils are moderately to strongly acidic

The soils have a low natural fertility

Hills are mainly under natural and plantation forests

The farming of Indian sub-continent began by 9000 BCE as a result of early cultivation of plants, and domestication of crops and animals. •

Mesolithic Age: use of sharp and pointed tools and the beginning of plant cultivation appeared

The wheel was an important discovery

There are repeated references to iron

Cultivation of wide range of cereals, vegetables and fruits

Water storage systems were designed during this period.

Agricultural 'zones' were broadly divided into those producing rice, wheat or millets

Certain proportion of the land was sown with commercial crops as sugarcane, rape, mustard and other oilseeds.

Cotton and silk were the principal industries of Bengal

The best quality of cotton suitable for the famous muslin, also known as ‘The-Magic-Yarn’, industry was grown in Dhaka and Mymensingh districts.

A woman in Dhaka clad in fine Bengali muslin, 18th-century

John Taylor, an agent of the East India Company around 1800 AD, mentioned that the cotton produced around Dhaka city and along the banks of the Meghna was the ‘finest’ that was to be found in ‘any part of the world’

With the decline of the cotton textile industry during the rule of the East India Company, cotton and mulberry cultivation virtually came to an end in Bengal

Similarly, new fruits, for example, pineapple, papaya and guava were received from the west

Towards the end of the 18th century vast tracts of land in Bengal were cultivable wastes due to the famine of 1770, which was caused by the change of dramatic ownership due to colonial policies

Expansion of farming land was most concentrated in the territories that today constitute Bangladesh during the 19th century.

During the post-liberation period use of chemical fertilizers, the proportion of irrigation area and the rice land sown with improved varieties of seeds increased

Figure: Schematic profile of a typical landscape in Bangladesh

Deliberate planting and management of multipurpose trees and shrubs is followed in intimate association with annual and perennial agricultural crops and, invariably, livestock, within the compounds of individual houses

BIODIVERSITY AND ITS CONSERVATION

The various habitat and vegetation types produce an abundance of plants, animals, birds and insect biodiversity

A total of 149 tree species and 419 plant species in 109 families is recorded in homegarden. A detailed taxonomic enumeration of 148 trees and 45 shrubs is, available in Bangladesh homegardens

BENEFITS OF THE SYSTEM

Homegardens with a number of components such as fruits, vegetables, bamboos, spices, poultry and fishery products ensure a year round supply of a wide spectrum of food and construction materials as well as contributes to income security when sold in the nearby market during economically hard times

Should enhance social and gender equity

Should be based on traditional wisdom

The homegardens are a result of the traditional human- nature relationship within the rural landscape and their contribution to the countryâ&#x20AC;&#x2122;s overall food security and poverty alleviation through sustainable management and utilization of agriculture, forestry, animal husbandry, poultry and fishery is immense

The management of these socioecological integrated production systems is mostly based on Traditional Ecological Knowledge (TEK) base that has been passed on from older generations.

In poultry, animal husbandry and fishery, however, modern scientific knowledge has been integrated with TEK.

Farmer’s dependency on internal inputs is another indicator of system sustainability such as cow dung, corn straw and kitchen and agricultural residues are sources of organic manure for the agricultural lands

Integration of several components on the farm – a schematic representation

Major threats underpinning biodiversity and sustainability of homegarden systems include

Land fragmentation due to population increases

An affinity for exotic species

The impact of urbanization and migration to urban centers

As a strategy to halt such transformations in homegarden ecosystems, it is important to raise awareness among the farmers through adequate education on sustainable maintenance, conservation and utilization of the resources

Finally, activities and projects for implementation of Convention on Biological Diversity (CBD) obligations, now mostly confined in national forests of the country, should be extended to rural landscapes, which are important reservoirs of biodiversity for plants, animals, insects, birds and for human as well. 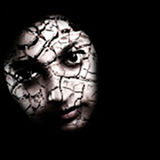