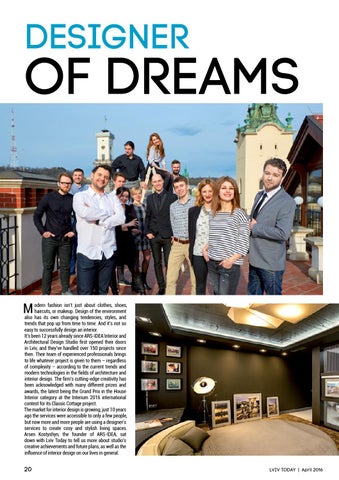 odern fashion isn’t just about clothes, shoes, haircuts, or makeup. Design of the environment also has its own changing tendencies, styles, and trends that pop up from time to time. And it’s not so easy to successfully design an interior. It’s been 12 years already since ARS-IDEA Interior and Architectural Design Studio first opened their doors in Lviv, and they’ve handled over 150 projects since then. Their team of experienced professionals brings to life whatever project is given to them – regardless of complexity – according to the current trends and modern technologies in the fields of architecture and interior design. The firm’s cutting-edge creativity has been acknowledged with many different prizes and awards, the latest being the Grand Prix in the House Interior category at the Interium 2016 international contest for its Classic Cottage project. The market for interior design is growing; just 10 years ago the services were accessible to only a few people, but now more and more people are using a designer’s services to create cosy and stylish living spaces. Arsen Kostyshyn, the founder of ARS-IDEA, sat down with Lviv Today to tell us more about studio’s creative achievements and future plans, as well as the influence of interior design on our lives in general. 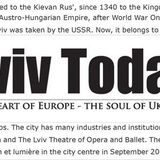