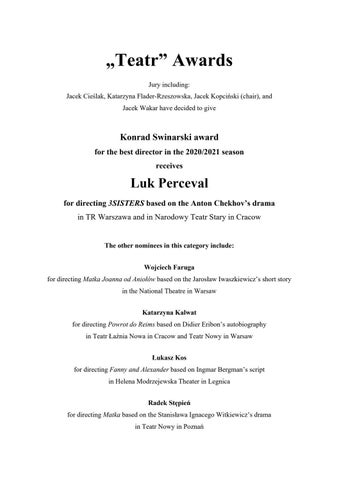 Marcin Czarnik for two roles in Jana Klata’s theatre productions: Newton in Lazarus by David Bowie and Endy Walsh in Teatr Muzyczny Capitol in Wrocław and a protagonist in Dług (A Debt) based on David Graeber’s novel in Teatr Nowy Proxima in Cracow

For his long-standing, consistent and creative management of Helena Modrzejewska Theatre in Legnica. Under his leadership this theater has earned its place on the theatrical map of Poland becoming a unique place where ambitious artistic message plays along with the needs of the local audience and universal human dramas find forms corresponding with the experience of a common man.

The critics of the Polish magazine TEATR, have awarded LP as "best director of 20/21", for the staging of 3STRS. 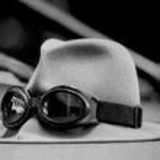