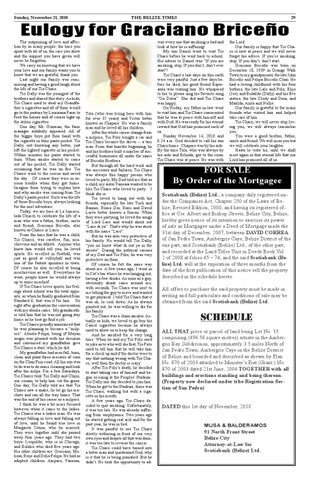 The outpouring of love and affection by so many people; the time you spent with all of us, the care you show and the support you have given will never be forgotten. We carry on knowing that we have your love and our family wants you to know that we are grateful, thank you. Last night our family was reminiscing and having a good laugh about the life of our Tio Charo. Tio Dally was the youngest of the brothers and shared this story: As kids, Tio Charo used to steal my Grandfather’s cigarettes and all of them would go to the pasture by Louisiana Farm to feed the horses and of course light up the stolen cigarettes. One day, Mr. Guzman, the farm manager suddenly appeared. All of the bigger boys put their hand with the cigarette in their pants pocket. Tio Dally, not knowing any better, just left the lighted cigarette in his pocket. Within minutes his pants started to burn. When smoke started to come out of his pocket, Tio Dally started screaming that he was on fire. Tio Charro went to the rescue and saved the day. Of course they were in serious trouble when they got home. Imagine them trying to explain how and why smoke was coming from Tio Dally’s pants pocket. Such was the life of these Briceño boys, always looking for the next adventure. Today, we are here at La Inmaculada Church to celebrate the life of a man who was a father, brother, uncle and friend- Graciano Briceño, also known as Charro or Larro. From the time that he was a child, Tio Charro, was carefree, fun, mischievous and an athlete. Anyone who knew him would tell you, he loved sports. He excelled in football, was just as good at volleyball and was one of the fastest sprinters in town. Of course he also excelled at being mischievous as well. Everywhere he went, people know he would always up to some mischief. If Tio Charo loves sports, his feelings about school was the total opposite, so when he finally graduated from Standard 6, that was it for him. So right after graduation the conversation with my abuela came. My grandmother told him that he was not going stay home so he best go find a job. Tio Charro proudly announced that he was planning to become a “milpero”. Abuela Felipa, being of Mayan origin was pleased with his decision and convinced my grandfather give Tio Charro a start, which he did. My grandfather had men fall, burn, clean and plant three mecates of corn on the Chan Pine road. All his son was to do was to do some cleaning and look after the milpa. For a few Saturdays, Tio Charro took Tio Dally and Chino, our cousin, to help him cut the grass. One day, Tio Dally told me that Tio Charro saw a snake; he let go his machete and ran all the way home. That was the end of his career as a milpero. I think he was a bit more focused however when it came to the ladies. Tio Charro was a ladies man. He was always falling in love and falling out of love, until he found true love in Margarita Zetina, who he married. They were together until she passed away four years ago. They had two boys- Leopoldo, who is in Chicago, and Eulalio who died five years ago. His other children are: Graciano, Melissa, Rene and Delia Felipa. He had as adopted children- Amparo, Vanessa,

Tola (who was living here with him for over 35 years) and Victor better known as Chaparo. He was a family man and he loved all his children. After the whole career change from a milpero, Tio Polo bought a car and Tio Charo became the driver -- a taxi man. From that humble beginning, he and his brothers built a number of successful businesses all under the name of Briceño Brothers. But through all the hard work and the successes and failures, Tio Charo was always this happy person who loved to party. My Dad told me that as a child, my sister Vanessa wanted to be like Tio Charo who loved to party. I think she is. Tio loved to hang out with his friends, especially the late Tuch and Banner, Roma Dor, Suzu and David Leiva better known a Simon. When they were partying, he loved the songs of Lord Laro and would shout out “Laro di ya”. That's why he was stuck with the name “Laro”. But he was also very protective of his family. He would tell Tio Dally, “you no know what di out ya in the streets”. During the political careers of my Dad and Tio Polo, he was very protective on them. Of course he felt the same way about me. A few years ago, I went in to Cat’s bar where he was hanging out, having a few drinks. As soon as a guy, obviously drunk came around me, with seconds, Tio Charo was next to me telling the guy to move and wanted to get physical. I told Tio Charo that it was ok, to cool down. As he always pointed out, he was willing to die for his family. Tio Charo was a chain smoker. Actually as kids, we loved to go buy his Camel cigarettes because he always used to allow us to keep the change. And he smoked for a very long time. When he and my Tio Polo used to joke as to who will die first, Tio Polo used to tell him that he will take him for a check up and if the doctor were to say that nothing wrong with Tio Charo, well then the doctor is crazy. After Tio Polo’s death, he decided to start taking care of himself and begun excising at the Peoples’ Stadium. Tio Dally one day decided to join him. When he got to the Stadium, there was Tio Charo, walking but with a cigarette in his mouth. A few years ago, Tio Charo decided to quit smoking. Unfortunately, it was too late. He was already suffering from emphysema. Two years ago he started getting real sick and for the past year, he was in bed. It was painful to see Tio Charo slowly withering in front of our very own eyes and despite all that was done; it was too late to reverse the cancer. Tio Charo could have turned into a bitter man and questioned God, why is it that he is being punished. But he didn’t. He took the opportunity to ad-

vise every one that smoking is bad and look at how he is suffering! My son Daniel went to visit Tio Charo before he went back to school. His advise to Daniel was “If you are smoking, stop. If you don’t, don’t ever start”! Tio Charo’s last days on this earth were very painful. Just a few days before he died, his good friend Esperanza was visiting him. He whispered to her to please sing his favorite song “Un Dolor”. She did and Tio Charo was happy. On Friday, my father-in-law went to visit him and Tio Charo commented that he was at peace with himself and with God. He was ready for his eternal reward that God has promised each of us. Sunday November 14, 2010 and 8:24 a.m. God decided to call his son Charo home. Chaparo was by his side. By the time Tola, who was always by his side and Erlinda, got to the room Tio Charo was at peace. He was with

the Lord. Our family is happy that Tio Charo is now at peace and we will never forget his advice: If you’re smoking, stop. If you don’t, don’t start. Graciano Briceño was born on December 18, 1939 in Orange Walk Town to my grandparents, the late John Briceño and Felipa Briceño Chan. He had a loving childhood with his four bothers, the late Lalo and Polo, Elijo (Joe) and Eudaldo (Dally) and his five sisters, the late Clody and Dina, and Matilda, Anita and Nellie. Our family is grateful to the many friends who visited him and helped take care of him. Tio Charo, we will never stop loving you, we will always remember you. You were a good brother, father, uncle and friend. We will miss you but we will celebrate your laughter. Hasta la vista tio, until we shall meet again in that eternal life that our Lord has promised all of us.

FOR SALE By Order of the Mortgagee Scotiabank (Belize) Ltd., a company duly registered under the Companies Act, Chapter 250 of the Laws of Belize, Revised Edition, 2000, and having its registered office at Cor. Albert and Bishop Streets, Belize City, Belize, hereby gives notice of its intention to exercise its power of sale as Mortgagee under a Deed of Mortgage made the 31st day of December, 2007, between DAVID CORREA of San Pedro Town, Ambergris Caye, Belize District of the one part, and Scotiabank (Belize) Ltd., of the other part, and recorded at the Land Titles Unit in Deeds Book Vol. 2 of 2008 at folios 45 – 74, and the said Scotiabank (Belize) Ltd. will at the expiration of three months from the date of the first publication of this notice sell the property described in the schedule hereto. All offers to purchase the said property must be made in writing and full particulars and conditions of sale may be obtained from the said Scotiabank (Belize) Ltd.

ALL THAT piece or parcel of land being Lot No. 15 comprising (496.56 square metres) situate in the Ambergris Bay Subdivision, approximately 3.5 miles North of San Pedro Town, Ambergris Caye in the Belize District of Belize and bounded and described as shown by Plan No. 870 of 2003 attached to Minister’s Fiat (Grant ) No. 870 of 2003 dated 21st June, 2004 TOGETHER with all buildings and erections standing and being thereon. (Property now declared under trhe Registration Section of San Pedro) 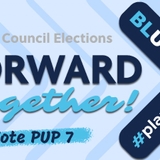