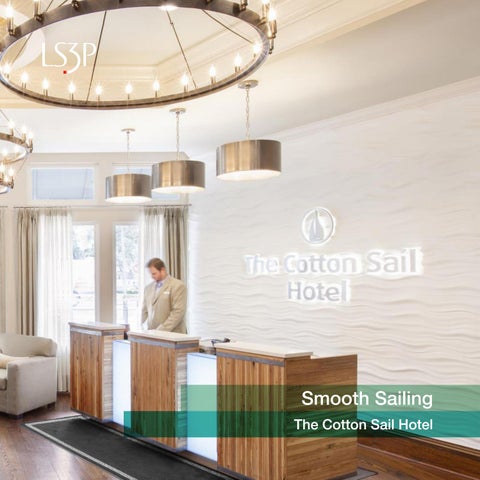 troll across Savannah’s manicured squares or wander through the orderly grid of the old city, and you’re sure to feel as though you’ve stepped back in time. Spanish moss sways languidly in the coastal breeze, and the stately homes quietly observe the rhythms of the workaday world, as they have for hundreds of years.

It’s when you reach the edge of this tidy city grid that things start to get really interesting. The pedestrian-scale squares give way to industrial-scale warehouses left over from the old cotton economy. The carefully groomed landscape tumbles down a 40 foot bluff to the Savannah River, and the interstitial space between city grid and riparian zone becomes its own mysterious ecosystem. This transitional space is known as Factor’s Walk, named after the cotton brokers who set international cotton prices back when Savannah was one of the busiest ports in the world. The Factors worked in giant brick warehouses which rose two or three stories above the city side of the grid, and were rooted

two or three stories down on the river side. Offices, which were connected to the city side by iron walkways, occupied the top floors; down below, cotton barges unloaded directly into the warehouse spaces from the docks. In between, a semi-underground walkway runs between Bay and River Streets. Secluded by a massive river wall on one side and looming buildings on the other, this cobblestone path is home to service entries, dumpsters, wandering tourists, and the occasional ghost. The river wall itself, composed of layers ballast stone from incoming ships, bricks, and Savannah rock, is evidence of a unique international geology which finds a repurposed headstone from China next to a Georgia clay brick next to marine fossils from deep in prehistory. Dappled light filters down into Factor’s Walk through the series of iron walkways overhead. You can see every layer of Savannah’s history built into the rocks. The whole space feels slightly perilous and delightful.

At one end of Factor’s Walk sits 126 West Bay Street, constructed just before the Civil War and at the peak of the cotton economy in 1852. Over its 164 year history, this building has seen some things. Its first iteration was a cotton warehouse with offices at city level and storage on the dock side five stories down. After the cotton business dwindled in the 1920s, it lived for a time as a bottling company and an import/export business. A developer tried to rehab the building a few years back, demolishing an old parking deck, installing new windows, re-pointing the brick, and reconstructing a pedestrian plaza on the Bay Street side. Savannah Office Leader Neil Dawson, then at Dawson Wissmach Architects, was involved in this first round of renovations. “Cotton Sail was the culmination of 5 years of effort,” he explains. “The most significant urban impact of the project was the removal of a concrete parking bridge to create a new pedestrian plaza with bridges consistent with the historic development of Savannah’s unique Factor’s Walk. “ This reconstruction of the pedestrian bridges across Factor’s Walk was considered to be a major improvement over the existing parking area. However, project funding ran out during the 2008 recession. The project stalled, the building changed hands, and for a time, the building sat empty. The current owners bought the building in 2011, and with the help of Dawson Architects, slowly began bringing the old warehouse back to life as the Cotton Sail Hotel.

Reviving a historic property, particularly in a city as rich in architecture as Savannah, does not come without its challenges. The structure, which was masonry wall construction with wood joists and floors, included bearing walls at odd angles. This peculiar construction may have taken advantage of specific light angles along the river to illuminate the warehouse interior. The building required major stabilization and repair, a process complicated by the building’s shape. Cody Tharpe, the Engineer of Record, recalls, “There were a lot of constraints on the building because it is so old. We were on a tight schedule, and in order to stay on schedule we constantly had to come up with solutions to make things work, which required changing the plan from time to time.”

The design team also had to navigate the stringent Historic District Board of Review process, which in Savannah is always characterized by lively debate regarding the ideal balance of preservation and change. Keith Howington, former Chair of the HDBR, fortunately believes that change is part of a thriving city, and he highlighted the Cotton Sail project as an architectural success. “The Cotton Sail’s rooftop terrace has quickly become a popular destination for tourists and Savannahians alike,” he wrote. He noted that the modern rooftop addition “provoked spirited public opposition from some quarters, yet the HDBR recognized its novel character and potential to reinvigorate a long-vacant heritage building.”

The owners had clear goals for the property, including taking advantage of sweeping views of the Savannah River and creating a world-class boutique hotel. The team lovingly preserved the building’s history and character while including more contemporary design elements. The new curved roof, for example, echoes the roof monitors typical of the riverfront warehouses, incorporating a historic scale and materials palette with a modern aesthetic. Cotton Sail co-owner Riki Patel enjoyed taking an active role in the renovation. “My favorite part was using what we found in the building and finding a new purpose for it,” he remembers. “We took the structural support, which was heart pine wood, salvaged that wood, and milled it into quarter inch hardwood floors.”

The resulting renovation and addition opened in 2014, and has been immensely popular with visitors and residents alike. The hotel accommodates 56 guest rooms, a fitness center, the River House restaurant, and the Top Deck rooftop bar overlooking the river. On the city side, a new Brazilian hardwood deck defines the welcoming entry. Newly refurbished historic trim and ornamental ironwork link the building to the existing texture of Bay Street, while the roof addition adds an inviting of-the-moment space to the cityscape.

The rooftop bar, one of the few in Savannah, overlooks the Talmadge Bridge and the historic district. The compressed space required a bit of imagination in order to accommodate generous amounts of guest seating along with a full bar and efficient service spaces, but the designers integrated seating into the walls and parapets for maximum views and efficiency.

Today’s 126 West Bay Street has brought a renewed energy to a formerly sleepy section of the waterfront. If it’s true that “a rising tide lifts all boats,” then the regeneration of the Cotton Sail brings very welcome reinvestment to the area. Michael Owens, President and CEO of the Savannah Area Tourism Leadership Council, says that

the Cotton Sail is a spectacular asset for the tourism industry. It’s a knock out of the park in terms of its location, services and amenities. It’s a success story that will build on other success stories in the future.”

The Cotton Sail’s success has not gone unnoticed. Since opening in 2014, the design has already garnered a 2015 Historic Savannah Foundation Preservation Award, a Georgia Trust for Historic Preservation Excellence in Rehabilitation Award, and an IAHA Independent Hotel of the Year Award from the Asian American Hotel Owners Association. Raising the bar for preservation and re-use, the Cotton Sail lives on in its new form and welcomes residents and guests with a charm befitting Savannah’s reputation for warm hospitality. Meet you at the rooftop bar?

Meet you at the