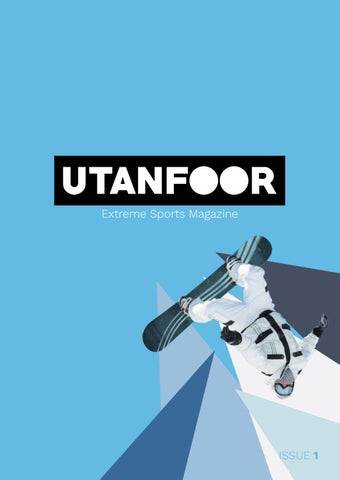 \\ An introduction to the world of extreme sports with some tips for the newcomers.

\\ On the topic - Interviewing Graham Hill \\ Kiteboarding fanatic Graham Hill gets interviewed by our staff.

etting yourself into extreme sports may feel like a daunting experience. Many donâ&#x20AC;&#x2122;t know how to approach the practice.

First things first, find out what sport suits you best. Whilst many extreme sport athletes jump from sport to sport, this often takes years of practice and experience. With extreme sports covering activities in water, land and air, there truly is a diverse range of options out there. One activity may seem fun and thrilling, but weighing out the consequences before you start can do no harm. If you have a type of medical condition that you fear may be incompatible with what you want to do, ask your GP in advance to see what they think. Sometimes taking the lighter version is best, such as paragliding instead of skydiving. If you are healthy enough to take on the harder hitting activities, you can still try out the less intense versions before setting off.

GET THE RIGHT KIT M

ost extreme sports come handin-hand with a range of sporting equipment that is fundamental to the demands. Whilst less-challenging sports such as skateboarding demand less gear, others can require anything from helmets, kneepads, elbow pads and for something like scuba diving, you will need specialist gear, suits and tanks. Information regarding what you need for each sport is easily attained, with many sport shops providing everything you need. It’s also helpful to ask someone you know who has prior experience to guide you into what’s best for the particular activity you have chosen. The same goes for when you’re partaking in the sport itself, as knowing someone who has relevant experience is always a benefit. There is also no shame in starting small, especially if you find the more extreme variations strenuous and overly difficult. \\ How do I start?

Even when it comes to sports such as snowboarding, it’s unwise to jump straight in at the deep end as you’ll most likely be unprepared and end up with an injury. By gradually progressing into the harder areas of the sport, you’ll find it a lot more rewarding as it becomes more of an achievement. It’s clear that there is a substantial amount of preparation needed in advance before setting off into the extreme sports world – it’s not something you can just jump into at the drop of a hat and requires plenty of mental and physical strength. Trying out a variation at first is great to find out what you actually love and building your way up in terms of difficulty is also advised.

he AJ Hackett Macau Tower bungee officially ranks as the world’s highest bungee jump, letting jumpers pitch off the tower from an astonishing 764 feet above ground. This adrenaline junkie’s dream lets you free-fall for more than 6 seconds before your bungee cord rebounds but not before you’ve come within a mere 98 feet from the ground. AJ Hackett is one of the world’s most trusted bungee outfitters, and the Macau Tower jump features specially designed bungee cords that rebound up and down, as opposed to side to side, which would increase the jumper’s risk of swinging and hitting the tower. People visiting the tower who want a bit of excitement without committing to a bungee jump, can try the Skyjump, a tethered, 17-second descent from the same height to the ground.

The company now offers a series of jumps off the dam, including a classic plunge and a backward jump. Of course, if you’re willing to dive off the 721-foot ledge, you might not have many fears -- like a fear of the dark. In that case, put your courage to the test and try one of Trekking Team’s night jumps, a heart-pounding good time.

ly like James Bond in GoldenEye and take the plunge off Switzerland’s Verzasca Dam, a 720-foot arch dam spanning the Verzasca River, though unlike Bond (or his stunt double), you’ll have the bounce of a bungee cord to protect you. The dam played a starring role in the opening sequence of the 1995 Bond film, leading to a portion of it being leased to Trekking Team adventure outfitters.

nce you’ve caught the bungee-jumping bug, you’ll have to start checking landmark jumps off your list, not least of which is Bloukrans Bridge, the world’s highest single-span arch bridge, at 709 feet. The bridge was the first in Africa to be jumped off when Face Adrenalin introduced bungee jumping to the continent in 1990, and remains a popular destination for adventure-seeking tourists. A walkway created by the outfitter hangs below the highway that runs across the bridge. Bungee jumpers trek across the walkway until they reach the highest part of the bridge’s arch; here, they take the plunge amid the extraordinary vistas of the Eastern and Western Cape.

If you’re too nervous to bungee jump, it’s still possible to journey onto the walkway and admire the breathtaking views of the river below and mountains beyond.

Is a better bounce a good thing? I’m not sure.

The view from Africa’s highest bridge captures all the majesty and tranquility of the Bloukrans River valley. But there is nothing tranquil about throwing yourself more than 200 metres down towards the river below. Recognised as the ‘highest bungee from a bridge’ in the world, Bloukrans Bungy uses pendulum bungee technology to ensure the smoothest, most comfortable bungee jump possible. Jumpers are secured in a full-body harness combined with an ankle connection.

raham Hill is seriously hooked on kiteboarding, or kiting, an extreme sport that swaps water skis for a board, a boat for a nylon kite - all the better to get so airborne, you wet your suit from the inside. The Sutton, Que.-raised designer, entrepreneur and environmentalist is the founder of Treehugger.com, the online hub for all things green, sold to Discovery Communications for a reported $10-million (U.S.). Now based in New York, the 39-yearold Mr. Hill works half-time and virtually from wherever the wind takes him. Utanfoor caught up with him kiting around British Columbia.

We have many questions about kiting. For example, how do you not fall and break your face on the board? It’s hard for you to hit the board unless your feet come out of the bindings, but you can take a good spill. The main challenge for a beginner is when things start to go a little sideways. The natural reaction is to start steering wildly and that’s when you really go flying. If you’re near land, you can hit rocks, cars, trees. The kite can go into a death spiral and pull you through the parking lot.

And this is fun? You learn to be subtle and calm. Now I’ll tumble and be inside the wave, upside down and twisted, but one hand is still steering the kite.

\\ On the topic - Interviewing Graham Hill

Can you kite one-handed while eating a baloney sandwich? Or do any other tricks? I can do 15 to 20 foot jumps and ride “fakie”- that’s kiting backwards. I can do two 360-degree spins called “back rolls.”

Kiting seems like such a dude-ish hobby. I might have expected the founder of Treehugger.com to be into, say, organic gardening. It’s a human-powered sport - just me and the wind - the caveat being that if you’re flying or driving places it has an impact on the environment.

\\ Graham Hill soaring through te air on his kiteboard

What do you do with your gear when it’s worn out? Presumably, your board doesn’t turn into compost. That’s a good question. I haven’t gotten rid of anything yet. I gave some gear to my brother that still has life in it. There are people who make bags and shower curtains out of the kites. My wetsuit is made of limestone and has no oil in it. It’s supposed to be slightly better for the environment.

What’s kiter culture like? It’s a culture of addicts. Kiters are always praying for wind. Even in places that have a windy season you might only get a few days per week. It’s the intermittent reward that keeps you hooked. 13

You recently sailed from San Francisco to Sydney on the Plastiki, a boat made of 12,000 water bottles, to spotlight alternative uses for plastic waste. Do you have a love of water or risk? A little of both. I love water - I’d grow barnacles if I could. My friend David de Rothschild [creator of the Plastiki] invited me and it sounded too crazy not to do. It’s a very important cause. There’s tons of plastic waste in our oceans, and they’re in real trouble. And I never had a misspent youth, so I think I’m trying to make up for lost time.

Do kiters sit around talking wind speed calculations and board synthetics? Yep, and all the various “kitemares” - stories from out on the water. There are the young trick-surfer types, but most kiters are … it’s a sort of nerdy sport. The tech community is pretty huge into kiting.

How does your mother feel about your passion for extreme pastimes? I’m low key compared to my brother Greg. He’s set a bunch of records backcountry skiing and is aiming for two million vertical feet this year. He’s constantly out in avalanche land. I’m the least of her worries.

Do you want to see more? follow us on 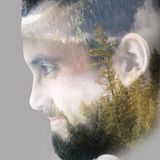