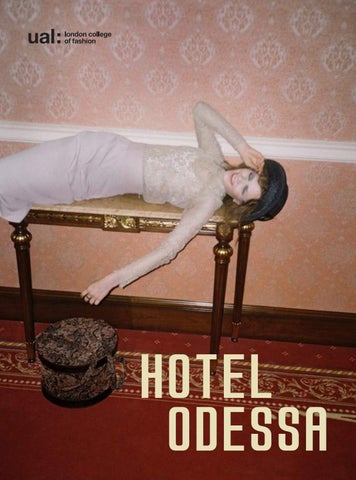 London College of Fashion, University of the Arts London is a world leader in fashion design, media and business education. We have been nurturing creative talent for over a century, offering courses in all things fashion. With over 70 undergraduate and postgraduate degrees, and 165 short courses across every subject, we encourage our students to examine the past and challenge the present. To have inventive, assertive ideas that challenge social and political agendas. We give them the skills, opportunities – and above all, the freedom – to put those ideas into practice. As we pass midway through the first decade of a new century is it clear than for many reasons global fashion is a misnomer and indeed ‘ internationalism ’ a once favourite fashion label, has been increasingly replaced by a local focus. Fashion weeks across the globe, and increased cultural pride mean that at LCF we are constantly looking at our international partnerships to partner their skills with ours, much in the same way as our international students take our taught skills back to their home country to combine them with local manufacturing, media or imagery.

Two days were spent prepping and scouting the city and then shoots took place over three days. The project shown in this publication is the result of combining LCF staff skills with a specific locale and it’s fashion teams,

from hair to footwear. Odessa provided everything in a kaleidoscopic mix including literally dozens of locations, updated vinok’s ( flower headdress ), and piroshki to sustain us. The results of demonstrating, through a real situation, not another theoretical workshop, how two sets of creative realms could combine to produce exciting imagery, as well as give everyone the chance to experience and exchange creativity as demonstrated on the following pages. This project was revolutionary in its concept of developing new types of practice, of experimenting with a cultural dialect and a new cultural perspective reflecting the dynamism of the project. This project merged cultural competencies during the celebration of the Odessa Film Festival, with fashion and the film industry converging. Odessa was the first development of our international cultural mixing activities. The huge team in Odessa have provided us with an amazing premiere, now where shall we go next? — Paul Yuille, Director of International,

In 2016 the fastest way to learn about any place is to Google it and read the Wikipedia entry online. Yet in so many cases this tells us next to nothing about the reality of a place, the history as it lives within the city and the people who reside there; working, living, loving, eating, sleeping and simply being there. Odessa is an enchanting mixture of history and modernity; a heady mixture of many years’ intense history, and today’s speedy lifestyle culture. Arriving on the promenade and looking out to sea, one can recall the extraordinary scene on the Odessa steps from Battleship Potemkin directed by Sergei Eisenstein which is placed here, walking through the gardens by a bandstand, or entering the overwhelming opulence of the opera house is to conjure up the fragrance of the nineteenth century. Gazing up at the filigree plaster work, the lace-like wrought iron and the sugared almond facades is to be transported to the days of horse and carriage.

Yet although Odessa has a wonderful heritage and a rich history, within the historical buildings a new generation is writing another chapter. Today bars and restaurants, whose occupants spill across the pavements dressed with style, are ready to show a city ready for adventure. A bar with a barber’s shop at the rear, a Jewish fusion bar and restaurant, drinks and menus with surprises and local ingredients, nighttimes where rock blends with the harmonic dissonance of traditional melodies. Sometimes people refer to the past and present as colliding, in Odessa they are in more of a conversation. How best to create a harmony which welcomes the new and celebrates the old? It seems to have struck an equable balance where both are given fair play; restoring, conserving and recording the past whilst still moving forward into new schemes and ideas with a certain elegance which carries the flavour of old Odessa. You can’t learn this from Google or Wikipedia; bald facts and images scrolled through cannot communicate atmosphere, style and feeling. Odessa has magic, and how can you place that frozen on a screen? — Tony Glenville

In July 2016, I paid my first visit to Odessa; as I left twentyfour hours later, I was in love. The city has history of course, that’s easy to find and read, but nothing prepared me for the magic of a place where Pushkin inhabited the most beautiful bar I had seen in years. If my eyes were seduced by the colour, the architecture, and the visual feast of history laid out before, then when my supper companion turned up head to toe in Margiela, I realised Odessa was ready to merit both my passion and further investigation. The new offices of Donstream were in a building whose sheer scale and size was amazing and within its walls was as busy as any hive; designers, agencies, agents, artists, it was just stunning and so exciting. So, I returned and bored everyone with my new romance; Odessa. I proposed we shoot there and show the world two things; how great Odessa is and how LCF could work to make new connections and support a young fashion centre. I immediately recruited Clare Buckley who runs our BA ( Hons ) Fashion Styling &amp; Production course, Paul Yuille my boss listened carefully and asked for a costing and Helen Khilova, who has become my goto source for all things Ukrainian after working with her for more than six years, started asking questions, calling people, offering suggestions and generally being amazing! Before you could imagine such a thing Clare and I had landed late at night in Odessa and were off. The team was extraordinary, especially when I counted that at one point we had forty people producing clothes, creating hair and make-up, steaming garments, prepping models, providing cars to ferry people around the city, and recording the entire process. We had no budget except for food and drink and the odd taxi, and we certainly

needed water and juice since the temperature soared to over 38 degrees. Everyone pulled together and worked and laughed and argued. Discussion, ideas, new clothes and accessories constantly arriving, running, ferrying, and Clare worked on producing shoot after shoot as the entire thing snowballed at an alarming speed. On the streets, in hotels, in galleries, inside on stairs, outside on steps, with five models or with one model, shoes arriving, bags full of sunglasses, it was exhilarating with slight nightmare touches. Clare and I buying armfuls of flowers off the lovely lady with the flower stall, Clare wilting slightly under the enormous pressure I had placed her under, and me whisking her off alone for a large drink in a very odd bar which was like sitting inside a vast cuckoo clock. Models needing pizza, me rushing off to a milliner to choose hats. Huge tulle ballgowns trailing in the dirt, and suddenly dozens of traditional floral Ukrainian headdresses appearing from nowhere. Clare madly carried on after I had to return to Europe to add just one more story to the portfolio which was certainly more than the single shoot we had planned and discussed. ‘ Twenty-four hours in Odessa ’, the original concept, was flung out of the window pretty soon, but with the support, enthusiasm, the sheer quantities of product and enthusiastic help how could we stop? Some of the team worked basically none stop, and the sheer volume of credits in an indication of this. We had not one refusal, from hairdresser to location. Now here is your chance to see what we did in the heat, the rush, the language barrier, the new methods Clare showed them, and above all the sheer fun and enthusiasm we shared. — Tony Glenville

1. Lena, Inna and Anna wear dresses by Inga Bugaytsova, hats by Shante and glasses by KlassGlass.

8. Lena wears skirt by Zaplitwife and hat by Shante.

9. Elya wears dress and veil by Anna Voight, shoes by Lapti and earrings by Daria Birjukova.

2. Anna wears dress and pants by FollowbyAnns, shoes by Lapti, hat by Shante, glasses by KlassGlass.

Anna wears shirt and skirt by Anna Voight, shoes by Queen, hat by Shante and glasses by KlassGlass.

Inna wears dress by Inga Bugaytsova, hat by Shante, glasses by KlassGlass and shoes by Queen.

11. Lena wears shirt by Naomi, pants by OVA, shoes by Lapti and glasses by KlassGlass.

6. Anna and Inna wears dress by Inga Bugaytsova, hat by Shante, glasses by KlassGlass and shoes by Queen.

Anna wears shirt by Naomi, skirt by Zaplitwife, shoes by Lapti and glasses by KlassGlass.

7. Elya wears dress and veil by Anna Voight, shoes by Lapti and earrings by Daria Birjukova.

13. Inna wears shirt, and skirt by Inga Bugaytsova, shoes by Lapti, hat by Shante and glasses by Klass.

24. Arina wears top, and pants by Pascal, shoes by Lapti.

Hotel Odessa showcases ‘ learning by doing ’ collaboratively in real life styling and production mode to create editorials, which encompass all the components required for creating fashion images. It is clear that some of the skills required are more tangible than others with consideration to their practitioner’s tools. Less obvious tangible skills are required to create a piece of collaborative fashion editorial, such as understanding, communication and translation of ideas as a newly formed fashion collective. In a relatively short time frame, casting, production, location, sourcing and team building have been put into place to create three fashion editorials capturing Odessa’s landscape and the key ingredients on offer within the local contemporary fashion scene. Through collaboration this was then put into motion, to build and create three separate editorial stories. Each day’s team responded to different narratives and themes to form the art direction. The energy, team spirit and atmosphere all felt different, which influenced the final work; harnessed by spontaneous creativity in response to the city’s landscapes and narratives within the clothes. This showcase reflects challenges that students face within the BA ( Hons ) Styling and Production degree at LCF. As Fashion Media students, they are working across multi faceted disciplines to achieve newer visions of styling and production across the fashion landscape, using their different voices and perspectives. — Clare Buckley, Course Leader BA ( Hons ) Styling and Production.

All the helpers, drivers, runners, pressers and assistants who made this happen. Finally Paul Yuille &amp; Frances Corner at LCF for their support on the project. 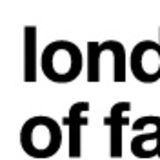