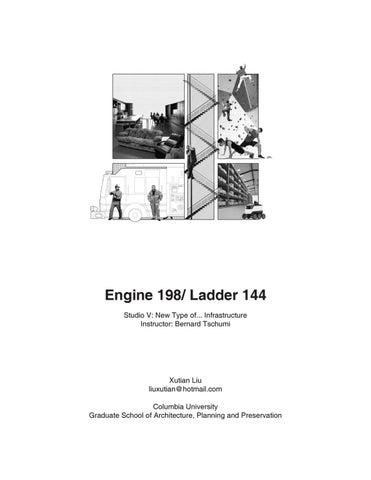 FIRE STATION AS AN INFRASTRUCTURE SYSTEM

Infrastructure seems to be an autonomous system running by themselves. However, tons of millions of people are working behind to support it. Fire Station is a perfect example to investigate.

Nowadays, fire station deal with more situation including natural disaster and terrorist attack. to extended the capacity of fire station, public participation is expected to be highly involved. Ultimately, all these infrastructure integrate as an fully covering system lying under the city.

AN INSTITUTION NOT ABOUT ITSELF

As a station, it works as the opposite way of filter. This is the place things are of â&#x20AC;&#x153;being readyâ&#x20AC;?. For fire station, people and material come in separately and la this case, fire engine. In addition, when public participation get involved, the fire train them in the non-emergency situation, and transform them during the emerg contrast/relationship in this architecture: professional & amateur; material & h

recombined and leave as a state aunch together within the carrier in e station should have the ability to gency. Therefore, there will be two human.

Elevation: Functional Tanks with Possibility to Transform the Street into Operating Zone 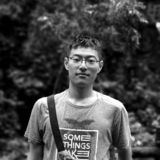