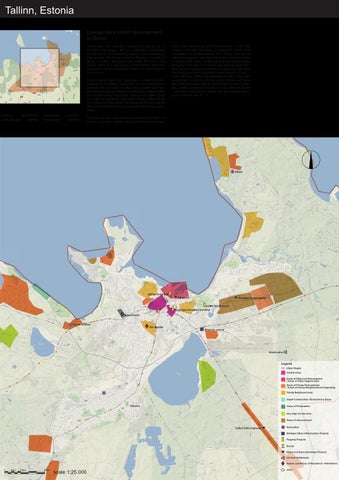 Tallinn, Estonia Laissez-faire urban development in Tallinn Tallinn does not reach the category of a global city. In the Baltic Sea region, the city is definitely superseded by Stockholm, St Petersburg, Helsinki and probably by Riga as well. Still, in the context of Estonia, a country of about 1.4 million inhabitants from which 30% live in the capital, Tallinn is a metropolitan centre. When taking into account the whole metropolitan region, the percentage is even higher. Tallinn’s urban fabric has typical post-socialist features, creating an inordinate playground for neoliberal developments: the city core has dispersed, suburbs are more and more attracting residents, commercial centers follow the suburbs along the arterial roads to the edges of the city, high-rise buildings raise their heads, historical old town turns into Disneyland and traps the tourists, big art and culture centres emerge along with alternative movements.

ment. Since the demise of the Soviet Union in 1991, the property has been privatised, the extent of private land ownership has reached around 33 % today. From all the residential spaces, more than 96 % are privately owned in Tallinn (2002 data). Partly resulting from that but also because of the lack of finances and post-socialist mentality, which supports private-led development, the state and local government have let market forces to prevail. In the situation, where it is impossible to rely on the local government to stand up for the public interest and tame the private developer and his prevailing economic strategies, there is a new actor raising its head - the third sector - who wants to be part in setting the development directions of the city space.

The idea of Põhjaväil (the North channel) as a potential arterial road started in 1968, but the arguments and structural changes have only led to some small building actions in 2001. Right now the plan is postponed until the year 2013.

Community organisations and NGOs dealing with Tallinn city space are formed as bottom-up activist groups. The first important organisations were established in 2006 (Uus Maailm community), and in recent years their amount and activities have grown. The roles of these organisations are: bringing together residents, enhancing living quality of the areas, protecting neighbourhoods from unsuitable real estate developments, speaking up in the name of public space qualities and values, promoting sustainable and long-term decisions in urban space, etc.

Europark is a private parking company born by the fusion of two Norwegian companies. Since 2001 till now Europark has arranged 64 parking lots around the city center of Tallinn: a total surface as big as 12 football pitches. In the last 5 months 10 new parking lots have been built. 1/3 of them are temporary used parking areas currently unregulated by any master plan or city guidelines. These temporary lots are mostly located on ready-to-build areas where the landlords are currently out of money so they cannot realise their projects. Europark rents these lots and builds up temporary parking places right on a wasteland without any kind of organisation or asphalting.

The situation of connecting important ports and industries with the residential areas has lost its meaning, because most of the heavy industries and ports have moved out or rearranged their profile in the city. Still, some interest groups (port of Tallinn, real-estate developers, car owners, transport entrepreneurs, building companies) see the need of this road as a relief for the car traffic bottlenecks in the city center, fulfilling the transit traffic demand to the port of Tallinn. At the same time the architects and urbanists have turned the attention of this plan to the following problems: cutting the city centre from the sea, amplification of car-centered ideology, lowering the quality of public and pedestrian friendly street space etc. The decision-makers have started to listen and think about these aspects as well, but the main reasons that have postponed the construction works so far have been the lack of finance, legal opportunities, land questions and disagreements between different interest-groups (mainly the confrontation of the state and the city).

Most of the communities act in their own districts and make their small changes there. But some organisations play it big: they help others with supportive structures (community tools 2.0), they have worked through the bureaucracy and they see the whole city of Tallinn as their homeyard. Active NGOs have formed a round-table that is meeting once in a quarter to discuss the important themes and decisions with local municipality: public transport, city planning, legal documents concerning NGOs (their funding for example). In every commission of the city council there is one member from a NGO to represent the third sector interests. However, wider impact of communities and NGOs is still to be developed further and their roles and statements taken more seriously. The city government and other decision makers (including developers) should formulate the position and value of NGOs cooperation with them. Both sides have to learn the communication and the division of missions and assignments between each other.

Central business district, while being a flagship project, has never had a comprehensive plan how the area should be developed. Only after the big building boom was over, the theme plan for high rise buildings was legalised (in 2009). The CBD has been developed case by case as different real estate firms and big enterprises have developed their high-rise buildings, often with a desire to circumvent the existing “skyscrapers”. These buildings have formed a symbolic core of the city of Tallinn, which, for many, denotes modernism, economic success and metropolitanism. The CBD of Tallinn, however, functions mainly as a visual symbol since the corporations that are present are not very well known at international level. Another aspect describing this phenomenon are the themes discussed during the planning process: it was always about the visual impact on the city’s silhouette and much less about the need of high-rises in the Tallinn city center. Furthermore, the street level and public space, mixed uses and other important features where not taken into consideration at all. One interesting development expressing the crave for an international image is the Tallinn’s twin towers. These were planned a few years before the 9/11, yet realised in 2006, they now emit strange feelings and thoughts when one passes them.

This phenomenon is strongly affecting the city by taking a bigger number of cars straight into the city center, heading so to the exact opposite direction of the current policy trend of holding the cars out of the city core. The city government seems to be indifferent about the phenomenon and there is no public discussion going on. Although for many citizens it is better to have a temporary parking place instead of a wasteland or a Soviet-time decaying industrial building, the sprawl is getting too big for a city of 400,000 people. Therefore these spaces should, in the first place, be better regulated by law (depending on the city structure) and last but not least, limited in numbers and given an alternative use. The city should put these areas into a better use of public interests: e.g. storage area for winter snow, temporary greeneries, sports or children playgrounds or community gardens. The Europark case clearly shows how private property is being used at the expense of possibly more beneficiary uses, hence functioning against the will and principles of city’s spacial development.

The topic of Põhjaväil is still on agenda, because it concerns a lot of urban decisions and themes in Tallinn: connecting Kalamaja seaside, new developments of Paljassaare and Kopli with other parts of the city, alleviating car traffic in the city center and favoring investments to public transport, especially in new tram ways. Public discussions concerning Põhjaväil have led to the question of how to stop this huge infrastuctural plan for good. One of the first steps towards this has been the redefining of Põhjaväil as a normal pedestrian-friendly city street.

Synthesis over all four projects and outlook The Scandinavian planning model which has been set as an example for Estonia has not worked out so well, because it needs a visionary and strong local government. The latter actor in Tallinn has not managed to take the lead in urban processes, but has inconspicuously become a sidewatcher. The need for investments and developments has been severe, but they have been often placed improperly and carried out in an unsuitable way. In urban development private ownership has decidedly been given too much free play - Tallinn has been delirious. Now its time to face the consequences. Tallinn has been a ground for big private-led development and investment since 1991, but today the boom is over and the city has to analyse the results. From the errors in the urban fabric and the unused opportunities from the new economical situation, the additional actors influencing urban development have emerged and they are starting to claim their right to the

city. Citizen activists and community organisations are more and more becoming an important actor in shaping the urban environment. The city government, politicians and private developers have to learn to do teamwork with them. Because of the new interest groups and new ways of seeing the city space, one would expect more direct actions against new metropolitan mainstream projects, even going all the way in order to defend the public opinion. Nevertheless, it is clear that Tallinn is still seeking possibilities to promote itself to foreign investors and tourists. Tallinn has not given up the fight for the first prize of the Baltic Sea metropolis. The battle plan of Tallinn seems to have a winning premise: the third sector as a balancing force - who represents public opinion and advocates for the good urban planning decisions - is bringing the urban development course back to the reality. 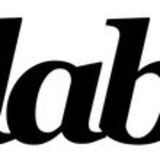