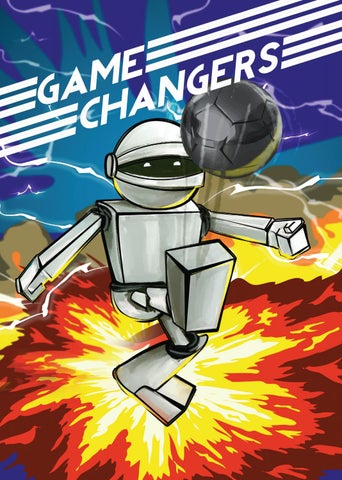 Introduction Hi, I’m Futbot – your guide into the world of Gamechangers. Since the game was invented, football has been through loads of different changes. It’s basically a game about making things up. The rules we know today were developed by the Football Association in the 1860s, and over the years they’ve changed a lot. Originally they played with pigs bladders as the ball. Can you believe that? Since then, Nottingham has had a huge influence on the beautiful game. Both our clubs have been around since the beginning. In fact, Notts County are the oldest professional football league club, and Nottingham Forest are the third oldest. The city was also first to invent or trial shin pads, referee whistles, goal nets and penalty kicks. When Nottingham was declared the first ever City of Football, GameCity decided they wanted to get in on the action by asking computer game developers to come up with their own versions of football. These games were first tried and tested in the Market Square back in 2015. This is where I come in. I’m here to show you these new takes on the game so you can play cool, exciting games with your mates. You never know, you might even think of some inventive twists yourself. Keep reading, and I’ll teach you all you need to know. Futbot, over and out.

FUTBOT SAYS Selfish Football is played like regular football, but with one huge difference: it&#39;s not about playing as a team, it’s about being the best player. Every player has their own score and team members change often. It&#39;s a fast-paced and silly version of football.

Teams with varied abilities. Individuals who just want to turn up and play.

1. Selfish Football is different from traditional football as there are no team scores, only individual scores.

Bibs or armbands to differentiate between the teams.

Someone keeping score (either by giving out tokens for each point or by keeping a scoreboard with each player on).

2. If your team scores a goal, you get one point. If you were the one who scored it, you get two points. 3. If you score a goal, you immediately switch to the other team. 4. You win by having the most points, individually, when the game ends.

Level Up Make it harder: • Award players an extra point for scoring with their weaker foot. •

If you score once with your best foot, next time you have to score with your weaker foot.

Use a smaller ball.

FUTBOT SAYS Go Wide is different from regular football because it’s played with one doublesided goal in the centre of the pitch. The goals act like a vortex, pushing around the players, who have to pass the ball to their side of the pitch before they can score.

Two teams of 5-6 players per side.

5. Only the striker is allowed to score, although own-goals also count. 6. If a player touches the ball on the wrong half of the pitch, it immediately goes to the opposition GK. 7. When a GK has the ball, they can only pass it to a defender. 8. After a goal, the ball returns to the GK of the team scored against. 9. There is no offside rule and no corner or goal kicks. 10. Normal rules apply for throw-ins, fouls, penalties and free-kicks.

Two goals back to back in the centre of the pitch.

Bibs or armbands to distinguish the striker and midfielder.

MIDFIELDERS CAN USE BOTH SIDES OF THE PITCH

STRIKER MUST STAY ON THIS SIDE OF THE PITCH

Make it easier: • Put in a second or third midfielder who can go on both sides of the pitch. Make it harder: • Reduce the size of goal or add more defenders.

FUTBOT SAYS No-nonsense Football has three balls in play at once. You can score at any time with any of the balls. There are no goalkeepers or stoppages, so you can expect the goals to come thick and fast.

How to play 1. The object of the game is to get eleven goals, but you need to be at least two ahead to win. This means there is no time limit and no half-time interval. 2. There’s no break in play when someone scores. Instead the referee immediately carries the scoring ball back to the centre spot and drops it. 3. If a ball goes out of play, the player who kicked it out has to throw it back in and can give it to their own team. However, they have to stay off the pitch until the next goal is scored. 4. When a goal is scored, everyone off the pitch comes back into play.

5. If there are no players on the field, a restart is called and all players come back into the game. 6. If there are no balls left on the field the referees carry all three balls back to the middle and start play again. 7. There is no offside rule, no backpass rule, no defensive walls and no penalty kicks. 8. A referee may call a free kick in certain situations, but play does not stop on the other two balls.

LEVEL UP Make it easier: • Try starting off with two balls, learn the rules, and add the third ball later. Make it harder: • No scoring inside the area. • Each coloured ball has different number of points attached. • Play with a designated goalkeeper.

Frozen Football FUTBOT SAYS Get ready to be very still. When the ball stops, so do you! Frozen Football is a strategic game of control and planning ahead.

Two sides of 2-12 players depending on pitch size.

1. Frozen Football is exactly like traditional football, except when a player has the ball, all other players must freeze. The player with the ball must then pass or shoot (they may not dribble with it). The only time players can move is when the ball is not at any players feet.

2. This means anticipating where the ball will go and making sure you’re in a good position before play stops.

Make it harder: • Players must stop each time the ball is touched – not just when the ball is in play • Time out penalties for those who break the rules. • 3 second time limit for moving the ball on for individual players. • Give each team a certain amount of time to score.

3. The referee must blow a whistle whenever the ball is under control so that players do not have to keep track themselves. 4. All other rules work like traditional football.

LEVEL UP Make it easier: • Play on a smaller pitch

FUTBOT SAYS Frogball is the favourite pastime of our amphibian friends. It was revealed for the first time to humans at GameCity 2015, when a courageous team of frogs immediately challenged humans to the very first Humans v Frogs challenge match. Needless to say, the frogs won…

Two teams of 3-5 per side on a half-size pitch.

HOW TO PLAY 1. Everyone hops around to warm up. Then, teams are chosen. 2. Players move onto lilypads along their side of the pitch. Play starts and stops on the frog horn, which is used by the referee. 3. The game is similar to human football in many ways. You have to shoot the ball into the opposing team&#39;s goal to score. 4. Players must remain on lilypads at all times. You can only move to another lilypad by hopping with both legs together. You cannot move onto a lilypad where there is already a player. If you both hop on at the same time, you must both move back. 12

5. The player with the ball must keep it between their feet at all times. To move to another lilypad, they must hop with the ball between their feet. However, they may only hop twice between lilypads before passing or shooting. 6. To pass or shoot, players must throw the ball from between their feet, by flicking and then letting go. This devious technique requires frog-level mastery. 7. Tackling is not allowed. Possession is won by intercepting passes only. 8. When you score you must celebrate wildy, as a frog might.

Frog costumes (we used green shower caps and bibs). At least 40 lilypads, which are set out on the pitch (at its most basic these can simply be chalked onto the floor). Or you can cut lilypad shapes out of green felt or paper and stick them to the floor. The number of lilypads will determine the size of the pitch. You only want a small hopping distance between each pad and there should be an equal number on each side of the pitch. Goals are set up as in traditional human football. A sponge ball is easier to grip between your feet

By Grant Howitt and Mary Hamilton

FUTBOT SAYS Although all Vampire Football must be played outside during the day, we have taken steps to protect you from the daystar. You’ll play under a thick blanket that protects you from the sun. What do you mean you can’t see because of it? All vampires possess total mastery over their physical forms and bodily senses due to the strange black magic of the undead, so something as insignificant as a blanket should be no problem for you…

Two teams of three or more.

HOW TO PLAY 1. It’s basically the same as normal 5-a-side football, but all the players wear blankets over their heads (to protect from the sunlight, because they’re vampires). 2. If the referee catches a player without a blanket covering their head

at any point, that player is sent off for a few minutes, or at least vigorously encouraged to put the blanket back over their head. 3. Any crosses into the box will be frowned upon by the referee.

A sheet or blanket per player. Using thin blankets is good if you want to see through the material, but in the opinion of the game designers, that makes the game less fun. Thick blankets, such as the kind you might sleep under, are closer to the core ideals of the game and are also almost impossible to play under with any measure of skill which is, of course, the point.

Changing the way you play the beautiful game...

Gamechangers is a booklet from City of Football and the National Videogame Arcade that aims to get young people who like computer games into football. 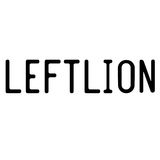