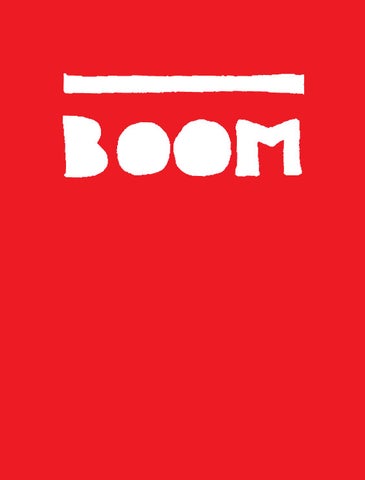 Irma Boom: The Architecture of the Book

Note from the designer I think of my work as being commissioned by ‘commissioners’, rather than by clients: a collabo­ ration on equal terms in freedom and trust.

Hicks+Boom = an Explosive Cocktail Sheila Hicks While it is true that Irma Boom is an intense listener and observer, she also listens to her intuition (immense talent) and considerable experience to design a wide and wonderous range of messages to a vast public. Each book she makes is unique. Each sub足 ject she chooses to tackle comes alive as never before. She is a sequencing genius. I was fortunate to benefit from her masterful presentation of my work and amazed to see the book she designed enter into its fourth edition this year. No mean achieve足 ment. Thank you Irma Boom, Nina Stritzler of Bard, and Yale Press.

No  Culture Chanel,  No Ink! The book is totally embossed, totally white in a black box. no ink! The ultimate book! no pdf! The content comes from the world of Mlle. Chanel: poetry, mystery, noir et blanc, music, the modern, the invisible, simplicity, astrology, tarot cards, superstition, flowers, numerology, the ephemeral. Wish to create something almost nonexistent yet very present. A multiple? An autonomous piece?

Irma Boom, North Façade, Knots & Grid Curtain Grid in Lino Weave; various thicknesses. Color of the weaves: ice blue, color of the knots: bright blue. The construction for hanging the curtains has been developed in close cooperation with OMA. The curtain design for the North façade is inspired by the U.N. buildings and the location of the U.N., New York. It is also inspired by the typical Dutch flat landscape, by centuries of Dutch contact with the international waters ánd by the connection between the Netherlands and New York City. After all, the city was founded as New Amsterdam by the seafarers of the Dutch West Indian Company at the beginning of the seventeenth century. The fact that the windows of the lounge offer a side view (North façade) and a direct view (East açade) of the East River is an invitation to refer subtly to the Dutch roots of this location, NYC. Many Dutch paintings and a great variety of typically Dutch crafts are rooted in maritime history. Graphic designer Irma Boom decided to use maritime crafts and to refer to the iconography described above, in an abstract way. The net-like curtains, or screens, consist of industrially manufactured leno weaves, connected to ceiling and floor by stainless steel cables. Handmade fishermen’s knots in a bright blue color connect the screens to the cables. The knots create striking accents, visible from a long distance. Together the fabric and the knots form a fine, uniform grid that interacts with the grid of the windows, thereby reinforcing their monumentality. From the bottom till 2m height a thicker yarn is used, to ensure privacy and security of the delegates. When total obscurity is needed a second layer of light-transmitting fabric is added, which can completely obscure the curtain wall during high profile events. When this second layer is used, the Knots & Grid curtain will be slightly visible. In contrast to the former situation, in which the curtains were hung in a vertical line in front of the slanted window panes, these curtains will be hung tightly parallel to the slanted windows. This preserves the impressive monumentality and beauty of the windows as well as making extra space for the furniture. The curtains will be produced by the textile manufacturer Knoll and Sefar, after a design by and in close cooperation with the designer, Irma Boom.